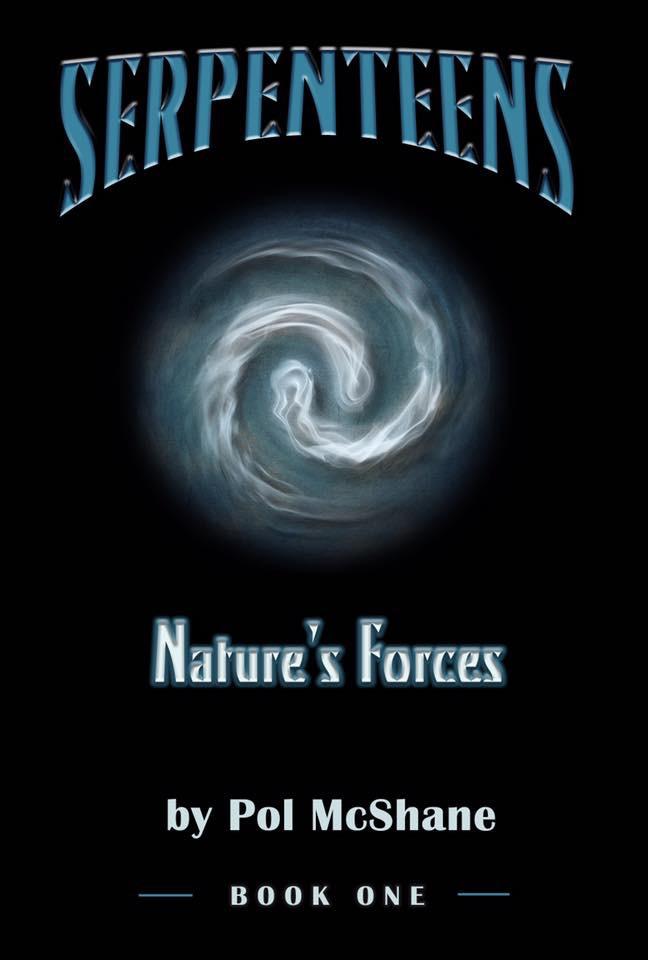 Five teenage demigods, able to transform into various types of snakes, travel the country and use their abilities to control the weather.

Kody Novak, 17, discovers he is a serpent demigod.


Kody and his siblings have battle storms.

Blizzards, hurricanes, tornadoes, floods, every year becoming more deadly. Every year global warming worsens. But how do you fight a hurricane? With five teenage demigods, that's how. The children of serpent god, Shesha. Each one has the ability to transform into a different type of snake, and when in snake form, they can control various aspects of weather. Alone, they were confused by the strange cards they were dealt, each one having to figure out what they were and why. But when Kody Novak sets out and finds his half-siblings, together they form Serpenteens and travel to various locations to help fight the increasingly dangerous storms. But they soon discover that global warming isn't their only obstacle. The earth goddess, Renenutet, and her own nest of serpent demigod teens, are causing the worst of the storms, in order to remove the humans that are destroying the planet.

Pol McShane was born in 1965 in Port Jefferson, New York. He is the author of over twenty books, and currently lives in Colorado with his husband and their two golden retrievers.

A group of teenage sibling demigods who have the power to become snakes and control the weather join forces in order to protect the planet.

Yes, it does, even though it lacks a little further explanation in the short summary section.

The idea of Earth protectors who are also demigods with the ability to transform into snakes is quite compelling. The problem is that the book takes a long time to reach that part of the narrative.

Some unimportant moments in the story go on for too long and end up diluting interest in the narrative.

The main hook is the creation of this universe of demigods and climatic problems, which in a way criticizes human action in nature while also developing an immersive and fantastic narrative.

The story still needs many adaptations in order to work completely, but there is the potential to attract ardent fans of this narrative.

As it is written, it is unlikely that a film adaptation would be eligible for Awards.

HARRY POTTER - IN ADDITION TO THE ABILITY OF SOME CHARACTERS TO TURN INTO ANIMALS, THE MAIN SIMILARITY IS THE EXISTENCE OF THIS MAGICAL WORLD WITHIN THE SOCIETY WE KNOW PERCY JACKSON - THIS FRANCHISE ALSO INTRODUCES MYTHOLOGICAL CHARACTERS AND DEMIGODS IN A MODERN CONTEXT, INSIDE A PLOT MIXES FANTASY AND ADVENTURE.

The premise, which includes demigod brothers who turn into snakes and manage to control the climate, is quite original. However, there are improbable elements and an excess of explanations, especially in the dialogues, which can undermine the narrative`s strongest points.

He is brave, determined, and has a good heart, despite being somewhat immature and insecure.

It is not a rare gem, especially due to some aspects of the plot that are underdeveloped or even difficult to believe within the universe created by the author.

One of the first things that need to be changed is to remove the excess of expository dialogues. We know that it is important to refer to the fight against the destruction of nature by man, but some things can and should be left implicit for the public. Another issue is that the brothers' powers need to have a slightly more mystical and relevant aura to really sound thought-provoking to the audience. As it stands, they sometimes look just awkward and somewhat embarrassing. To better develop not only the protagonist but also those around him, and even the threat that surrounds all of them, would be a very effective way to raise the stakes and keep the viewer interested. Other than that, although clichés are not always bad, it is necessary to know how to dose them and bring a reasonable amount of creativity to the plot as a whole. Dialogues need to be less direct and explanatory and the actions can always sound more surprising than they are now. With some of these changes, which are not simple, within an extensive revision of the text, the narrative must have a better chance of becoming a successful film adaptation.