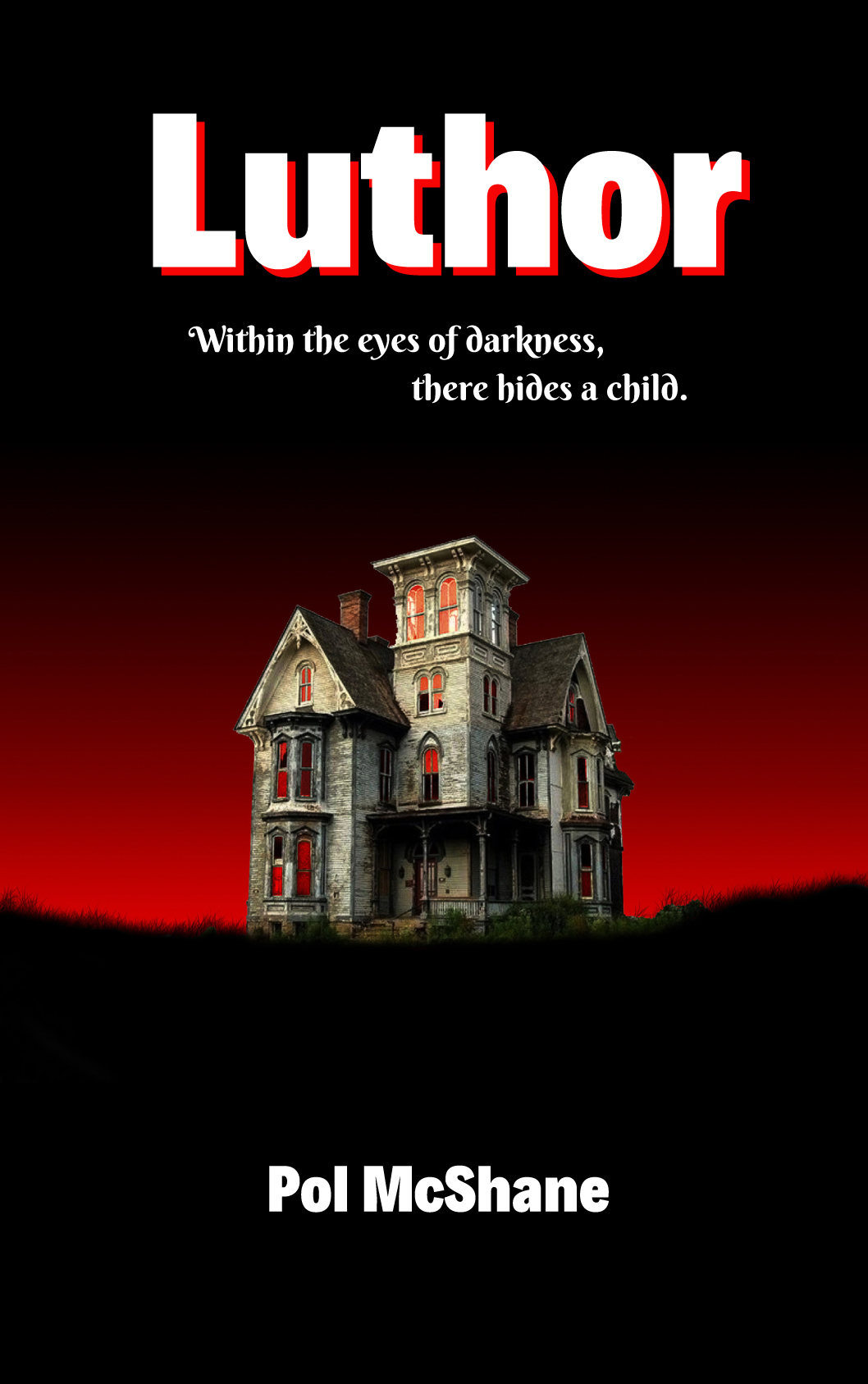 The story of a boy with horrendous deformities, born to parents who are brother and sister, into an upside down world, where all he wants is to be normal.

The book opens with an expectant father, Joshua, as he paces the halls of a hospital. His sister, Amanda, is the mother. A doctor comes out to prepare Joshua for the deformities of their newborn he's about to see. The story flashes back to how it began.


Luthor is grown and has been shot by police. Amanda cradles him in her arms on the front steps of the mansion as police cars pull up. Luthor dies.

An affluent family. A sadistic, abusive father. A wrongful union between brother and sister. These are the events that led to Luthor's creation, and subsequently deepened the family secrets. Luthor is born with extreme deformities, one of which forces him to live a nocturnal existence. With a mother who is slowly losing her mind, a father who resents his life, and mansion that is decaying around all of them, Luthor tries to live as normal a life as possible, secreted away from the rest of the world. But in the end, all secrets about the house that glows red are tragically revealed.

Pol McShane was born in 1965 in Port Jefferson, New York. He is the author of over twenty books, and currently lives in Colorado with his husband and their two golden retrievers.

Luthor is born with deformities because of his parents' incestuous affair, the brothers Amanda and Joshua. The boy lives locked in a mansion, overprotected by his mother, who worries for her son's safety in the outside world. Crimes are happening sequentially within this morbid residence, and Luthor is seen as a monster by the city's inhabitants, but deep down, he is just a child born in a sick environment.

It is accurate, however, I'd give Garvin the antagonist's role. Joshua is also a victim of an abusive father. He becomes a bad man, but mainly because he was mistreated his whole adolescence.

The story of this mansion that glows red, which keeps evil secrets. We are quickly introduced to the couple Amanda and Joshua during Luthor's birth, and we feel committed to understanding how things happened that way and what will happen to Luthor.

The scenes of pedophilia, violence, and incest are quite strong, leading the reader -and the audience- to a certain disgust.

The story of a boy severely penalized for the grotesque mistakes of his parents and grandparents. It is a sad and touching story.

Luthor is an empathetic figure, but I don't believe the story would reach a large audience because of the cruelty and brutality of some scenes.

The story is well written. The toxic atmosphere produced year after year by an abusive father is appealing and credible. However, to have the potential for awards, the characters' abusive violence would need to be lightened to an almost subjective look, which suggests without showing.

DOGTOOTH: THREE CHILDREN ARE HELD AT HOME BY THEIR PARENTS AND END UP REBELLING AGAINST THEM. THE ELEPHANT MAN: A MAN WITH FACIAL DEFORMITIES TRIES TO HIDE FROM SOCIETY BY COVERING HIS FACE.

The examination of human nature, in which the characters are put to the test in a highly toxic environment, and the psychological consequences of these cruel acts caused by the father.

Although the story has two generations, all characters are victims of Garvin, an extremely abusive man capable of causing psychological damage to his family members. These characters are impactful and unique in some way. Luthor is empathetic because he is an indirect victim of his grandfather, but he ends up suffering the consequences of the whole family's wrong actions.

It is not a rare gem, but it has positive points in narrative terms.

The story is highly focused on the grotesque scenes of abuse, and the narrative ends up being a little tiring. Understandably, presenting the sad reality in which these children exist is crucial for building the dark and unhealthy environment in which these people live; however, the excessive use of extreme scenes has a reverse effect. It causes the intensity of the brutal act to be diminished by the constant reproduction of these scenes. If they were more subtle, more subjective, represented by the psychological damage caused to the victim, the result could be even darker, more complex. The characters are intriguing, but the women are very similar. Both are passive to their abusive husbands. The brutal environment generates this kind of more peaceful characteristic in the face of violence, but Lillie, knowing the abuses suffered by her children, could do a little more. Joshua ends up becoming a bad man like his father, which is interesting from the psychological perspective of those who are abused. At the same time, it sometimes sounds a little superficial for the importance of his role. The dialogues could be more subtle. They deliver too much for a story that shows people psychologically affected. The final scene -when Luthor runs around the city carrying his victim and is shot by the police- is a bit confusing and cliché. We were waiting for the moment that Luthor comes out of the mansion and is seen by the villagers, but a sequence of more impactful events could cause a more intense final reaction. The author writes competently, has good ideas, builds the narrative and horror atmosphere well, but adjustments would be necessary for the big screen.