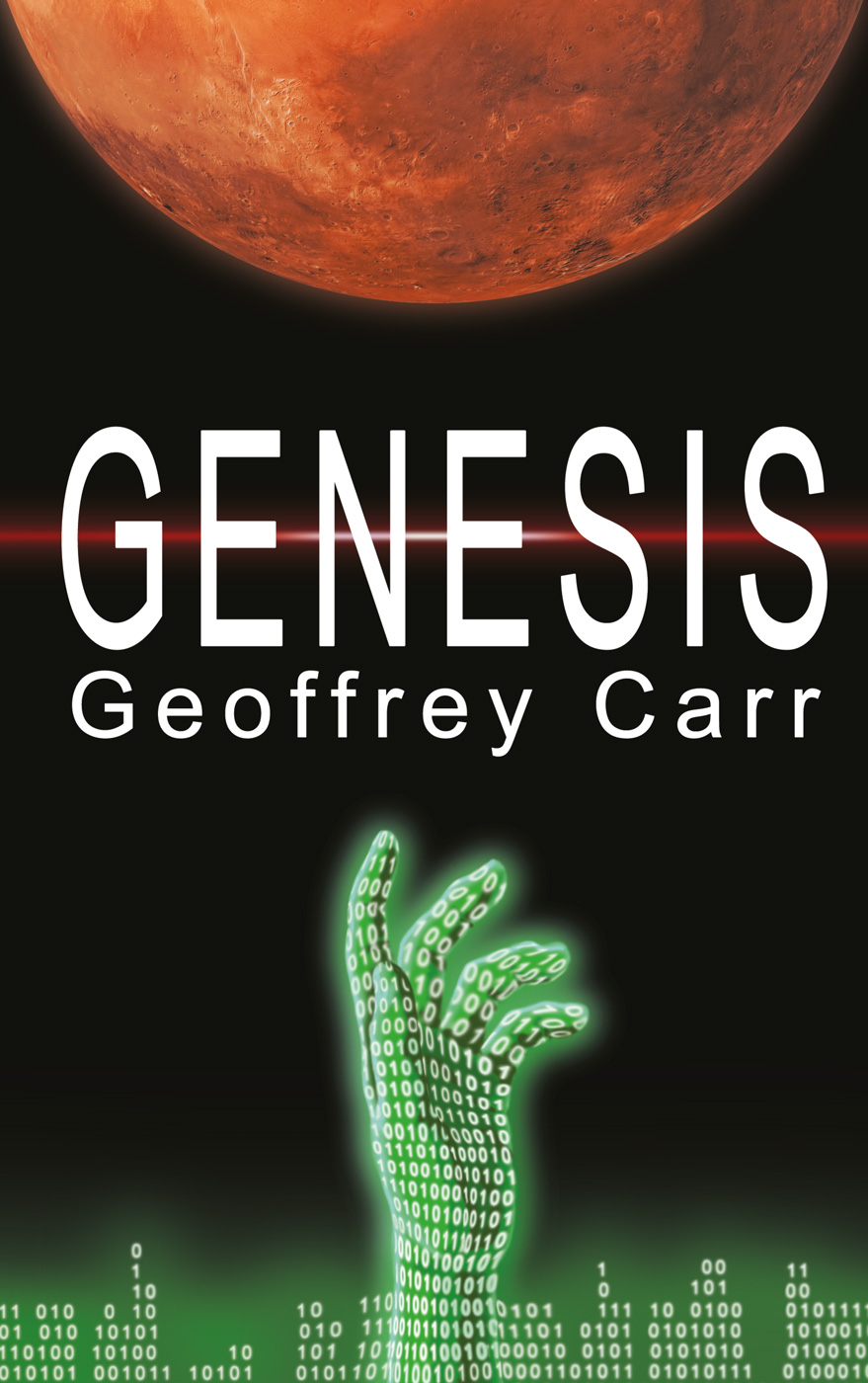 Deep in the Cloud, something collates, reads, learns, watches, plans. Researchers, engineers entrepreneurs die in accidents; Agency analysts spot a pattern but struggle to find the culprit. A billionaire inventor works hard to realise his dream, and keep it hidden. Deep in the Cloud something plans.

Around the world, researchers and engineers are being killed in a string of apparently unrelated accidents. When intelligence-agency analysts spot a possible pattern they are blocked at every step – by reluctant allies and scheming enemies. One of the near victims decides to investigate himself.


Having tracked the AI to a spacecraft launch site in Angola, there is a battle involving US Secret Service, private paramilitray and both US and Chinese spies to stop the AI launching and destroying humanity.

This technothriller is archetypal science fiction, extrapolating technology and issues of today to a not-too-distant tomorrow. A high-octane action story, set across four continents and at least one planet, involves spies, academics, innovators, futurists, the US President and her entourage, drones, robots, autonomous vehicles, supercomputers, a courageous AI, and an inter-planetary rocket. Watching… waiting… planning Hidden somewhere, deep in the Cloud, something is collating information. It reads everything, it learns, it watches. And it plans. Around the world, researchers, engineers and entrepreneurs are being killed in a string of apparently unrelated accidents. But when intelligence-agency analysts spot a pattern they struggle to find the culprit, blocked at every step – by reluctant allies and scheming enemies. Meanwhile a multi-billionaire inventor and forward-thinker is working hard to realise his dream, and trying to keep it hidden from everyone – one government investigating him, and another helping him. But deep in the Cloud something is watching him, too. And deep in the Cloud, it plans. It would make a great film, a thriller with action and adventure, technology, and spies. Being grounded in real science (extrapolated only slightly) it is worryingly believable.

Geoff is the Science and Technology Editor of The Economist. His professional interests include evolutionary biology, genetic engineering, the fight against AIDS and other widespread infectious diseases, the development of new energy technologies, and planetology. His personal interests include using total eclipses of the sun as an excuse to visit weird parts of the world (Antarctica, Easter Island, Amasya, the Nullarbor Plain), and watching swifts hunting insects over his garden of a summer’s evening, preferably with a glass of Cynar in hand. As someone who loathed English lessons at school, he says he is frequently astonished that he now earns his living by writing. “That I have written a novel, albeit a technothriller rather than anything with fancy literary pretensions, astonishes me even more, since what drew me into writing in the first place was describing reality, not figments of the imagination. On the other hand, perhaps describing reality is what fiction is actually for.”