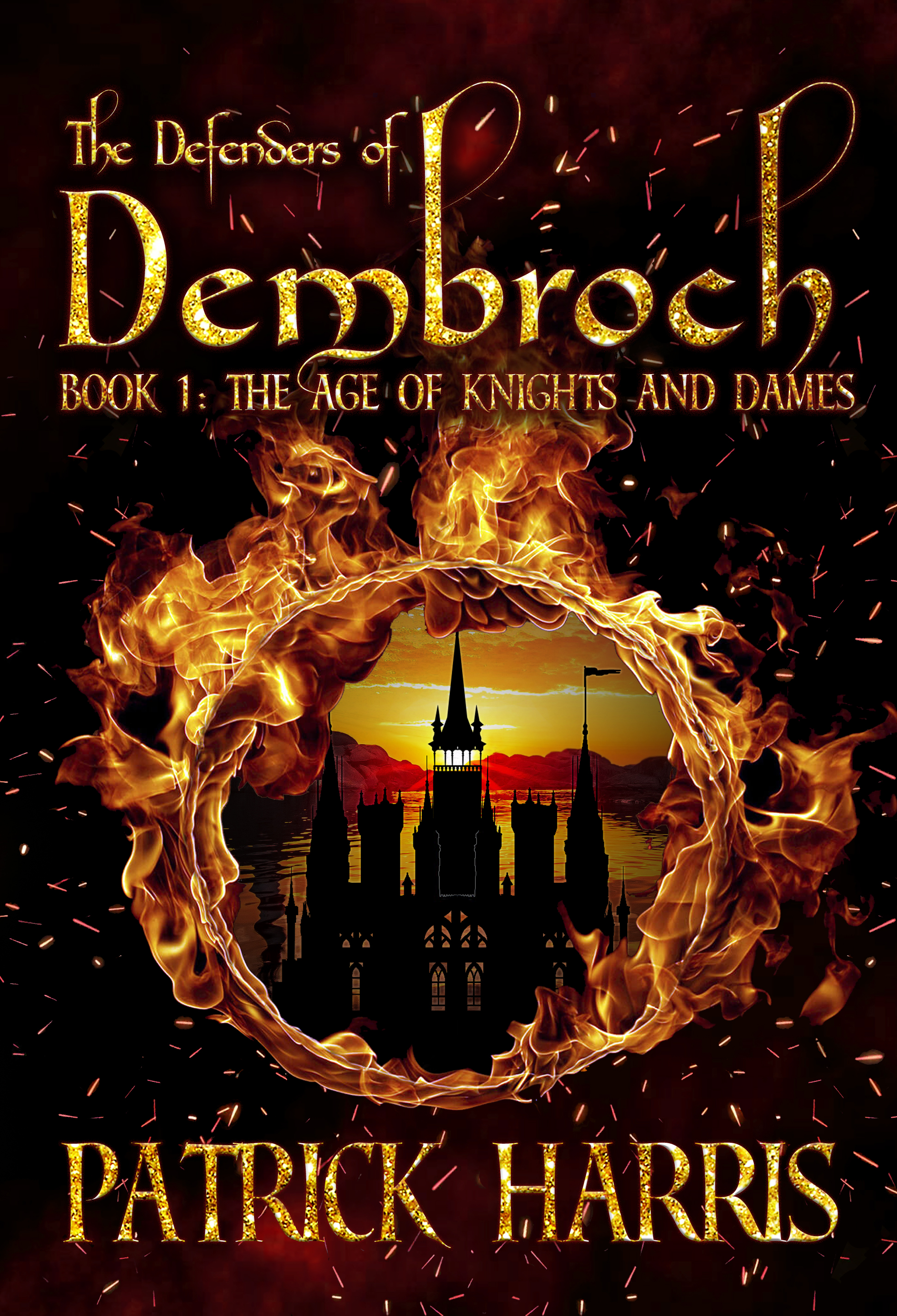 Four long-lost friends take on dangerous and thrilling quests to save a queen and her cursed kingdom. They face an unkillable monster, invisible doors to nowhere, and a vengeful witch. Little do the new defenders know that by seeking to reignite Dembroch's magic, they may just save their souls.

When the king is murdered, the kingdom’s defenders slaughtered, and the magic begins to die, QUEEN CORALEE is calls out to the world beyond for help. For new defenders of Dembroch. Brave of heart, young of body, four childhood friends—NICK, MEGHAN, JENN, and CLAY—answer the call.


Completing the quests set before them, Nick and his friends rediscover their youth and bravery. This in turn reignites Dembroch's magic. They use it to defeat Sorgana the witch, break the queen's curse, and save Dembroch. Together, they face a future of new challenges: to rebuild.

Full of wit, humor, and dire stakes, THE DEFENDERS OF DEMBROCH is a trilogy fit for young adults and lovers of fantasy adventure. Like Hogwarts and Narnia before it, viewers will fall in love with Dembroch and dream of visiting. A character of its own, Dembroch invites readers and viewers alike with dazzling magic, monsters, and mystery. And yet, a story is made by its heroes, and the defenders are front and center. Leading man, Nick, is the underdog from a small town, with aspirations to fight for something bigger than himself. He's accompanied by childhood friends Clay (the gutsy fighter), Jenn (the pessimist and foot-dragger), and Meghan (the impatient, prickly stepsister). The friends find allies in the quirky, brave citizens of Dembroch and face deliciously evil, engrossing villains like Sorgana the witch, the Demon Queen, and the King's Killer. Through their struggles in each book, the defenders discover the courage to fight for what's right, and viewers will hear messages about growing old but not growing up, and the importance of country, companionship, and courage. Fully written at three novels, The Defenders of Dembroch is suited for a limited tv series of about three seasons. Each story lends itself to episode-ending twists, cliffhangers, but also three well-rounded stories that have clear resolution that will stick with viewers. The Defenders of Dembroch is an instant classic with the mystery of Pirates of the Caribbean and the awe of Sword and the Stone.

PATRICK HARRIS: marketeer by day, author by night, and geek at all hours. A Nevada native and graduate from University of Nevada, Reno, Patrick Harris loves to write about underdogs from small towns. He is the author of superhero series The Waterman Chronicles, acclaimed sci-fi thriller Silver Rain, and YA fantasy classic The Defenders of Dembroch. When he's not busy writing, he loves to explore Disneyland, get sunburnt at Lake Tahoe, and eat s'mores with his wife, Melissa, and dogs, Dixie and Penny.