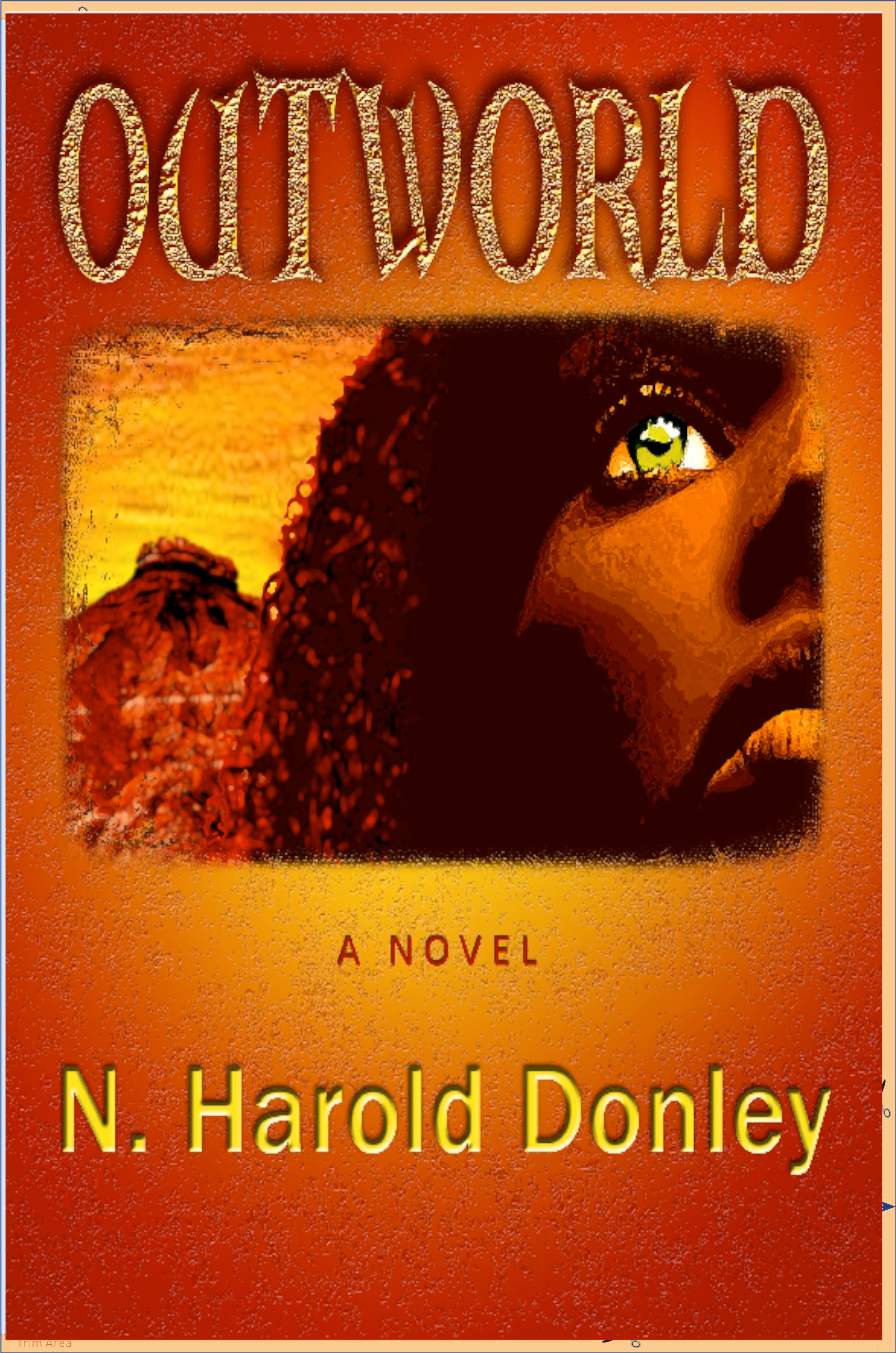 In the future, Climate Change is no longer a theory, or a debate. In a millennium, on what was once known as the Great Plains of North America, two communities survive, one under a dome, the other in the hollow of a mesa. One hunts the other, for sport, across the arid landscape.

Daniel, a Captain of Dome Security, is tasked with capturing, not killing, a Nomad, one of the subhumans who wander the OUTWORLD for vivisection by Research. In capturing one he begins a journey that uncovers the origins of both the Dome and the Nomads, who he learns are called Gnomons.


Daniel, one-among-equals of the Sky Clan, stands at the opening to Sanctuary, a cave within a mesa, looking out upon the World. He has been banished by the Gnomon for killing two Dome Security officers who themselves killed several of the People. He is to wander the world without clan or equal.

A part of the Great Plains once known as Oklahoma.

In the future, climate change is the reality...it is the world. What are the social, the human, results of such a change. We always assume, and have an incredible level of stories and movies, that we will degenerate, we will "kill or be killed"...that "only the strong survive". But, what if, at the moment of extinction, when the changed environment has all but killed you and a handful of survivors...what if you see that moment not as a self fulfilling prophecy of violence and inhumanity, but, a chance to change, not only yourself but your very species. What if "The Meek" actually did inherited the Earth? What does it take to truly develop a nonviolent society? What if the "fear of death" is merely an option? In short, what if you chose that moment of possible extinction to create an entirely new culture, built upon the ideals of the old but ideals for which people are willing to die to preserve rather than compromise. And what if your only obstacle is the last outpost of a "Before Time" that sees itself as the inheritor of a corporate structure that still sees the world as nothing more than a commodity. Again, what if the Meek actually do inherit the Earth.

N. Harold Donley is a free lance writer living in Norman, OK with his wife, Sheryl, a playwright and actor. N. Harold writes this and that (books, short stories, op-ed columns, and even grant proposals), hangs out in coffee houses with artists and political activists, and spends as much time as he can spare in his organic garden. OUTWORLD is his first work of fiction published through BookBaby in 2011 as an ebook and 2012 as a printed edition, and is available on all online platforms. A sequel, working title: OUTWORLD: OMEGA, is currently awaiting publication. A YouTube promotional video is available on YouTube: OUTWORLD-the book.

The Great Plains, specifically northern Oklahoma from the Tall Grass to the Glass Mountains.

Lylith is a Gnomon who is captured by Daniel, the head of the Dome Security. Lylith is able to escape the Dome but has to rescue Daniel in the process. They cross the desert to safety in her homeland in the Sanctuary. Daniel joins the society but break their one rule to do no harm in order to save others and thus he is cast out into the wilderness.

The profile is centered around Daniel in the short summary and the Gnomons in the development pitch. There is no connection between which group is considered the meek that inherited the Earth in the pitch based on the summary. Lylith is also just as much a protagonist as Daniel, but unmentioned in the profile. The short summary over looks a majority of the main conflict by excluding her. Information on her connection to Daniel's entrance into the outerworld is more important to understanding the plot than the second paragraph explaining the ending in the short summary.

Climate change is a pressing issue and seeing a not so distant future of the wealth divide and how global warming shifts survival is realistic and potentially horrifying.

The pacing of the world building and conflict is steadfast until the reappearance of the Dark Ones in the Sanctuary. The pacing then becomes too fast, especially regarding Daniel and Lylith's romance to feel earned as a resolution. As the conflict is mainly about surviving the land once they escape the dome, the appearance of the dome in the mesa seems out of place as there is little build up in tension that the pair were being pursued during their journey.

The hook is that the wealthy have survived a thousand years of climate change inside a Dome and they hunt those that live in the outside world still. The outside world people, the gnomons, however are the ones with morals and survival skills.

This could have a large fanbase if the genre is made for PG-13 to fit in with the YA dystopian crowd and the protagonists are made younger. Climate change is a zeitgeist topic right now as it wealth inequality. This could have a lot of appeal if the romance is made more of a subplot earlier on and the pacing of the climax to resolution is drawn out further to lengthen Daniel's time in the new community.

This as an action film is unlikely to have any serious award potential, but if made if a commercial success could garner popular awards such as MTV or Teen Choice awards. Action films general do not have an acting depth or specific enough social issue to gain award nomination.

The idea that humanity splits due to a wealth divide during the global climate crisis that even 1000 years later is still divided seems like a possibility of the near future. The non-violent approach of the Gnomon resulting in avoidances of the Dome seems like a missed opportunity for tension between the two groups.

This has a lot of great elements, but there are subplots that feel too rushed especially towards the ending. The main theme is unclear as well.

Making sure Lylith is given depth outside of her survival skills is important making her fully dynamic. Adding build up earlier in first act will make Lylith and Daniel's romance will make it feel more earned.