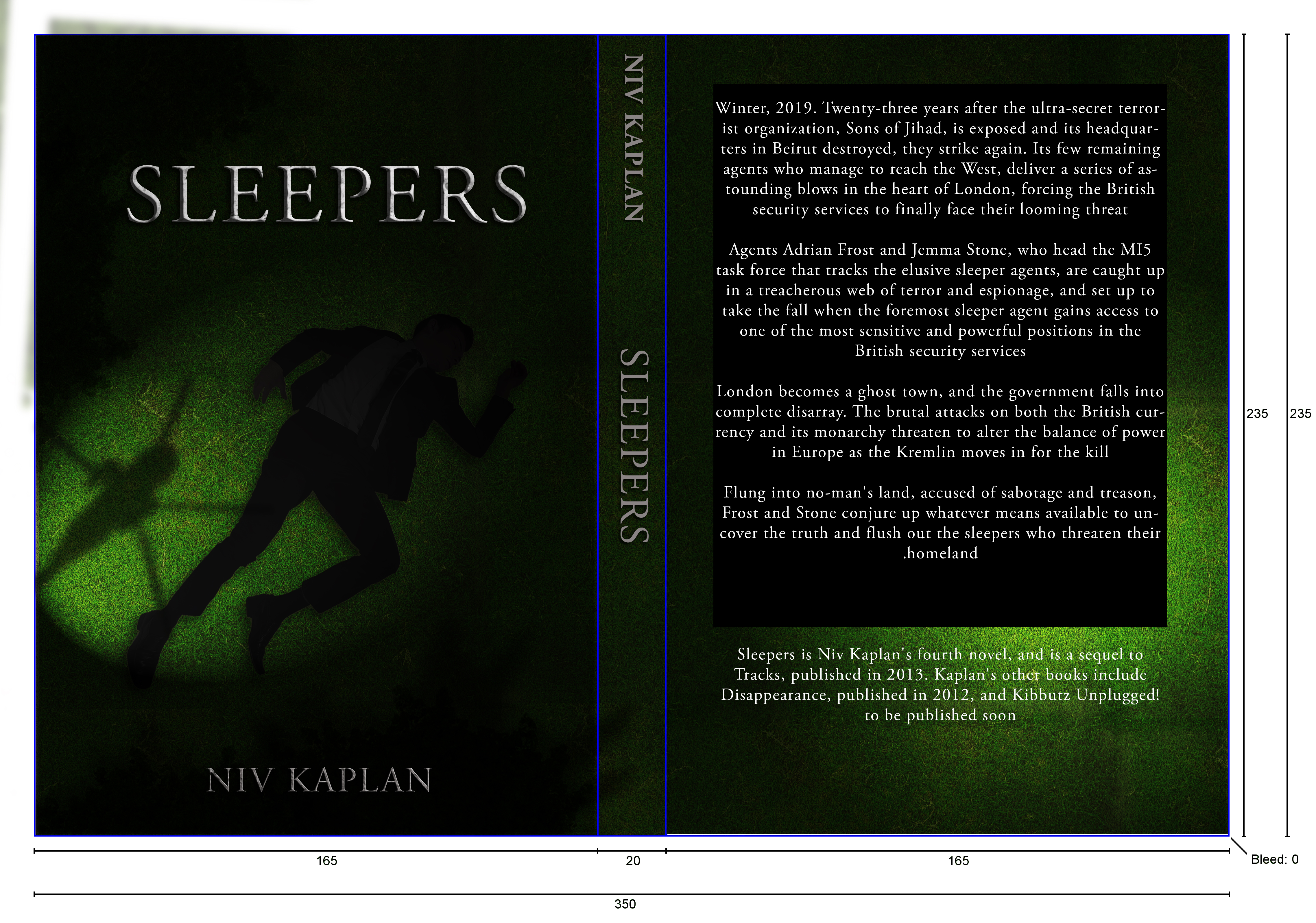 In the aftermath of a 1996 raid of an ultra-secret terrorist organization in Beirut, called "Sons of Jihad", Twenty years later, in winter of 2019, a British Task Force is tracking the elusive sleeper agents, when a series of astounding events in London, force them to finally face them head on.

Winter, 2019. Twenty-three years after the ultra-secret terrorist organization, Sons of Jihad, is exposed and its headquarters in Beirut destroyed, they strike again. Its few remaining agents who manage to reach the West deliver a series of astounding blows in the heart of London.


Flung into no-man's land, accused of sabotage and treason, two agents, Adrian Frost and Jemma Stone conjure up whatever means available to uncover the truth and flush out the sleepers who threaten their homeland.

Winter, 2019. Twenty-three years after the ultra-secret terrorist organization, Sons of Jihad, is exposed and its headquarters in Beirut destroyed, they strike again. Its few remaining agents who manage to reach the West deliver a series of astounding blows in the heart of London, forcing the British security services to finally face their looming threat. Agents Adrian Frost and Jemma Stone, who head the MI5 task force that tracks the elusive sleeper agents, are caught up in a treacherous web of terror and espionage, and set up to take the fall when the foremost sleeper agent gains access to one of the most sensitive and powerful positions in the British security services. London becomes a ghost town, and the government falls into complete disarray. The brutal attacks on both the British currency and its monarchy threaten to alter the balance of power in Europe as the Kremlin moves in for the kill. Flung into no-man's land, accused of sabotage and treason, Frost and Stone conjure up whatever means available to uncover the truth and flush out the sleepers who threaten their homeland.

Niv Kaplan was born at Kibbutz Ayelet Hashahar in 1959. At the age of 11 he moved with his parents to New York City for three years (1973-1970.) After graduating from Hula Valley High School, Niv served three years in an IAF Special Forces Reconnaissance unit and took an active part in the establishment of the IDF Alpine Unit, in which he served in the reserves. In 1984, Niv returned to New York to study sound engineering and from there continued on to study in Los Angeles. In New York and Los Angeles Niv worked at El Al security and then at high-tech companies in the field of electro-Optics and lasers. In 1992, Niv received a BSc in Business Administration (Marketing) from California State University Northridge (CSUN) and in 1994 returned to Israel. Niv has 5 children and three grandchildren and currently lives in Ramat Hasharon (near Tel Aviv). Today, Niv works as a Sales director for a company that developed a system for neutralizing commercial drones, after working for 23 years in the Aero-Space industry, marketing sophisticated systems to fighter jets. Niv began writing his first book "Disappearance" (in 1992), immediately after receiving his University degree. "Disappearance" was published in 2013 - a thriller that won praise as a debut book and sold over 7000 copies in stores in Israel. "Tracks" was published in 2014 - a thriller, that reached number 14 in the world, in Amazon sales (considered an Israeli record) selling 4,500 copies in one night! "Kibbutz, Unplugged" was published in Hebrew in 2015 – it’s a book that brings the story of the Kibbutz through their eyes of adolescent kids in the 1970s. "Sleepers," was completed in 2017 – a sequel to "Tracks". Not yet published. "Men of Silence" was completed in 2019 - the story of the Israeli Navy Seals who stopped the Marmara Flotilla. Not yet published. "The Hijacking," 2021 - the third book in the "Tracks" trilogy. Completed but not yet published. The rights to the book "Tracks" were purchased by a Hollywood production company (Passage Pictures) that is promoting a film based on the book. The rights to the book "Disappearance" were purchased by the Hollywood production company LB Entertainment which will promote the book to a TV series or a film. "Men of Silence" has generated a lot of interest from production companies in Israel and abroad, but the production rights are still not sold. All of Niv’s books, except "Kibbutz, Unplugged", were written in English. "Disappearance" and "Tracks" were translated and also published in Hebrew. "Kibbutz, Unplugged" has been translated into English but has not yet been published in English. Kind Regards, Niv (June 28, 2021)