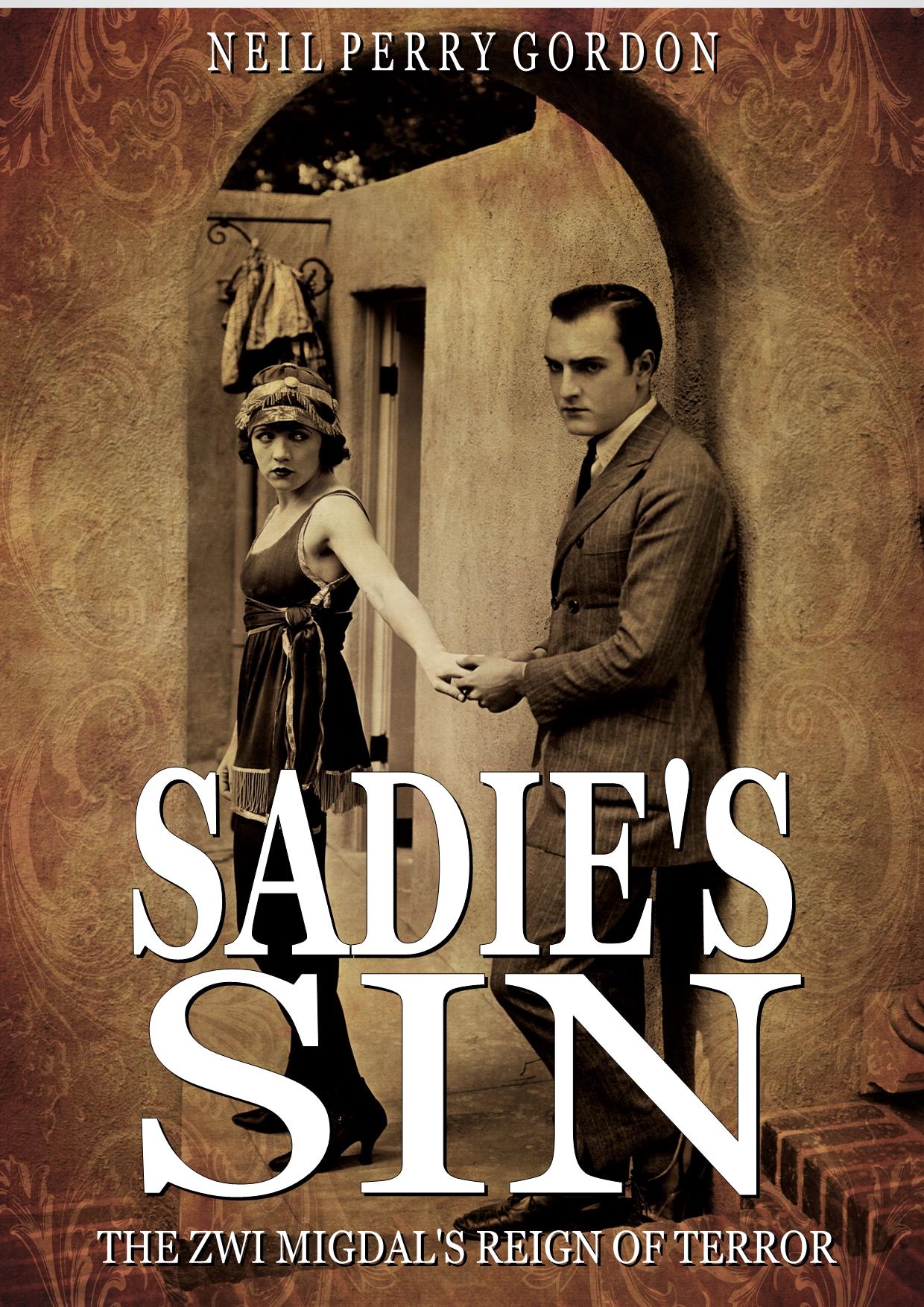 Sadie’s Sin is an epic-romantic tale of an innocent woman's torment as she is sold to the most prestigious brothel in Buenos Aires—The Tango, and her hero's journey across three continents, seeking her rescue.

Sadie Wollman, a young Jewess in 1924 Warsaw, has fallen in love with the handsome university professor—Alexander Kaminski. But when her traditional parents learn about this possible unholy matrimony to a gentile, they hastily arrange a brokered marriage to a wealthy Argentine Jew.


Sadie’s Sin is an epic-romantic tale of an innocent woman's torment as she is sold to the city's most prestigious brothel—The Tango, and the hero's journey across three continents, seeking her rescue.

Sadie Wollman, a young Jewess in 1924 Warsaw, Poland, has fallen in love with the handsome university professor—Alexander Kaminski. But when her traditional parents learn about this possible unholy matrimony to a gentile, they hastily arrange a brokered marriage to a wealthy Argentine Jewish business man—Ezra Porkevitch. Believing they sent their daughter off to a glamorous life of wealth and luxury, this young woman instead faces a new reality of becoming a Polaca, a sex slave to the Zwi Migdal, a Jewish organized-crime group trafficking young women into forced prostitution throughout brothels in Buenos Aires. When her lover Alex, a war hero of Poland, learns of the deception, he, along with his life-long friend Jan Mazur, seek to rescue Sadie from the grips of this wicked group of men protected by the Argentine political and law enforcement establishment. Sadie’s Sin is an epic-romantic tale of an innocent woman's torment as she is sold to the city's most prestigious brothel—The Tango, and the hero's journey across three continents, seeking her rescue.

Beginning with his debut novel in 2018—A Cobbler’s Tale, followed by Moon Flower, The Righteous One, The Bomb Squad and Hope City, Neil Perry Gordon has established himself as a well-respected and prolific historical fiction novelist. His story telling ability has earned him high editorial praise from the likes of Kirkus, Midwest Book Review and others, including hundreds of four and five star reader reviews on Amazon and Goodreads. Neil attributes his love of the writing process from his formative education at the Green Meadow Waldorf School, where he learned that subjects such as music, dance and theater, writing, literature, legends and myths, were not simply things to be read about and tested, but lessons to be experienced. His creative writing methods and inspiration have been described as organic; meaning that he begins his work with a general storyline for his characters, rather than working with a formal, detailed outline. This encourages his writing to offer surprising twists and unexpected outcomes, which readers have celebrated. His novels have the attributes of being driven by an equal balance between character development and face-paced action, which moves his stories along at a swift page-turning pace.

A Jewish woman falls in love with Alex, a goy, or gentile man, in the post-WWI Warsaw. Her father, to prevent them from marrying, promises her to an Argentinian Jew, supposedly rich, but actually representing an international forced prostitution scheme. Now, Alex must save her from their hands before it's too late.

It is accurate, but the details about supporting characters are missing.

The urgency of the main theme and the protagonist's struggle.

Some of the actions and situations in the story are unnecessarily stretched and feel a bit repetitive.

The hook is a reflection on how our prejudices tend to turn people around us and even ourselves miserable. And also men's cruelty against women.

Not a large fanbase, but it could attract a mostly feminine and feminist audience, since it brings up themes that are of main concern in our modern society.

With a good cast and crew, it could, since the theme, as mentioned earlier, is urgent.

TAKEN - A FILM ABOUT A FATHER, WHO IS ALSO A FORMER FEDERAL AGENT, WHO GOES AFTER HIS DAUGHTER AFTER SHE IS KIDNAPPED BY A CRIMINAL SEXUAL SLAVERY ASSOCIATION. TRAFFICKED - THE STORY OF THREE WOMEN FROM DIFFERENT COUNTRIES WHO ARE TRAFFICKED AND ENSLAVED FOR PROSTITUTION.

The main theme is not original, but it is urgent, and, since it's dealt with in a story about a past time and age, it could be different than the usual fare. However, to be more unique, it could abandon some romantic clichés that end up turning the narrative less impactful than it could be.

They are courageous, brave and passionate about each other and life itself.

Not really a rare gem. The structure and the characters should be better developed and the narrative itself would have to be more original for that.

Besides the structural and characterization aspects already mentioned, the story also doesn't sound unique enough to be a very successful adaptation. First, it somewhat doesn't seem to determine that well what it wants to be. Sometimes, the narrative is a romance, sometimes it's a drama, sometimes it's a thriller, and sometimes an all-out action film. This is not necessarily a problem, but the author does haves some issues balancing the tones, and the narrative eventually feels awkward and out of place. The romantic clichés, which are strong especially in the beginning, don't go well with the more physical and visceral parts. Considering the story's denouncing nature, maybe most of those stereotyped characters and situations could be dropped to favor the narrative and make it even more shocking and impactful, which seems to be something the book is going for. In an adaptation, this could mean all the difference between failure and success with the audience.