Time for the Dead: Zombies - A Love Story 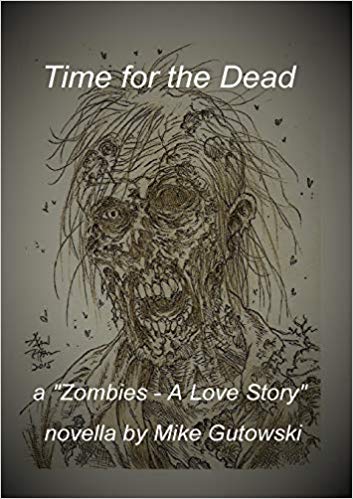 The struggle is real for Witches, Zombies, and Humans in the hundo p crazy West Kansas plains. It had become okay to play with dead things. Just had to be careful. Dead things may bite.

Adam Lincoln, a farmer, died a year ago of circumstances uncertain to him, as he tried to recollect in the darkness of unknown origin. After much reflection, he realizes he is buried. He breaks free into the above-ground world where he is immediately attacked by flying squirrels.


Adam and his friend George Pullman, aided by son Cain, daughter Lilly, and Adam's undead wife Eve and a recruited Zombie army, launch a final assault against Miss Zelda, the matriarch of a conniving Witch coven that has plagued the farmers and towns for decades.

The West Kansas plains had been almost completely overrun and controlled by a powerful Witch coven, headed by Miss Zelda, as revenge for human persecution administered by Meadow City for almost a century. Two stubborn families had yet to yield: the Lincolns and the Pullmans. After the unexpected deaths of Adam Lincoln and his adulterous, drug-addicted wife Eve, murdered by the Witch coven, one year later each rises from the dead. And so begins the effort of the Lincolns and Pullmans to fend off and stop total domination by the Witches. Adam and his best friend, George Pullman, plot the Witch coven demise. Along this path, Adam is arrested for eating some college protestors and their professor protest leader on a food trip to Meadow City with daughter Lilly, a recent law school graduate, and licensed lawyer. Adam's daughter Lilly defends him at the murder trial against Miss Zelda, the City prosecutor, but the only escape from a guilty verdict is to eat the Judge. Aided by Adam's son Cain, a Zombie horde, previously infected by Adam, is unleashed on the Courthouse to allow Adam and Lilly's escape. Miss Zelda then takes matters into her own hands in a final battle of Witches vs. Zombies on the West Kansas plains.