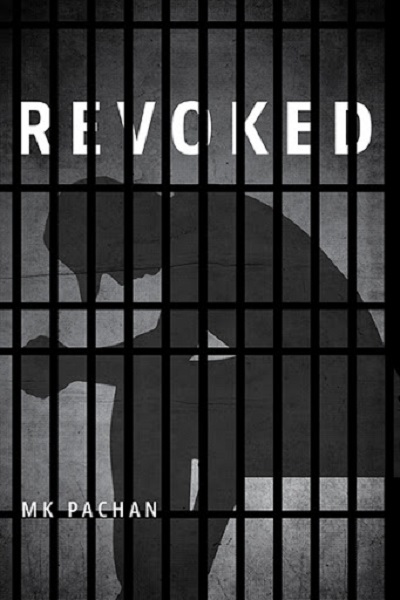 Detective Cam Clay and his partner attend a horrendous crime scene where a mother and child lay brutally murdered. Just when the investigation progresses to the point of resolution, everything unravels into more confusion and violence.

Detective Cam Clay's first case after a thirty day forced vacation is the brutal slaying of a mother and child in a quiet neighborhood.


The final confrontation occurs between Clay and the villain at a remote cabin in the woods. Clays decisions and actions will determine the lives of everyone involved.

This feels like a bad one. This is the gut feeling of Cam Clay—a seasoned detective in the Calgary Police’s Violent Crimes Division—as he approaches an unassuming house in the city’s northwestern suburbs. It is his first day back at work after thirty days of forced vacation, and nothing can prepare him for the grisly crime scene inside. A mother and child lie brutally murdered. Still reeling from the horrific events that led to his “vacation,” Clay must try and remain calm as he pieces together the scattered facts: the victim’s husband is in jail for battery; her brother, out of prison on parole, is discovered at the scene, but there is no physical evidence to tie him to the crime; and a registered sex offender who lives on the street is found to have had a suspiciously close relationship with the deceased. However, just as the investigation seems to progress towards resolution, everything unravels into more confusion and violence. People continue to die, and it’s clear that someone will do whatever it takes to ensure the truth doesn’t get out. Determined in his pursuit of justice—and endangering aspects of his sanity and romantic life along the way—Cam Clay becomes embroiled in this bloody plot in order to solve the crime. His tireless work soon catches the eye of the unidentified killer, who then turns his murderous sights on Clay and everyone he holds dear. Revoked is a police drama that would fit among current television shows or movies in that genre.

Author MK Pachan has worked within the Canadian criminal justice system for more than thirty years. In 2010, the Governor General of Canada awarded him with the prestigious Corrections Exemplary Service Medal in recognition of his loyal and admirable service to law enforcement in Canada. This career experience, coupled with his lifelong enthusiasm for detective fiction, inspired Pachan to write Revoked, his first publication. He is now working on his second novel in the Detective Cam Clay series from his home in southern Alberta.

A recently traumatized detective starts investigating a bloody murder in which everyone looks suspect, but no one seems to fit the character entirely. In the end, an unsuspecting accomplice almost puts the whole case to waste.

Yes, the profile is accurate, even though the short summary could include some additional aspects of the plot.

As in most detective stories, the brutal case at the center of the narrative, which proves to be more and more complex over time.

Nothing made me want to put the book down, but some of the main aspects of the case could have been developed in a less banal way to make the story even more unique and engaging.

The leading hook is the story of a traumatized police officer who has to deal with a violent and brutal case that could endanger his sanity and also the people around him. All this is told by someone who seems to know a lot about the police and investigative universe.

The story can prove to be quite thought-provoking for fans of the police genre and good suspense. The inclusion of some more creative and different elements could even draw the attention of this audience even more.

Not yet. Although well written and developed, the narrative still needs some revisions and the inclusion of more unique elements to attract the attention of cinematographic Awards.

SE7EN - A YOUNG POLICE OFFICER AND AN EXPERIENCED DETECTIVE ARE CHASING A SADISTIC SERIAL KILLER IN AN INVESTIGATION THAT WIL; END UP DANGEROUSLY MESSING WITH THEIR PERSONAL LIVES. GONE BABY GONE - A DETECTIVE TRIES TO DISCOVER THE WHEREABOUTS OF A KIDNAPPED CHILD, BUT AS THE INVESTIGATION PROGRESSES, HE REALIZES THAT THINGS ARE NOT AS SIMPLE AS THEY SEEM AT FIRST.

The most original aspect of the plot is how the author treats interactions and routine within a police unit in a natural and daily manner. Still, to be even more unique, the story could have a less common central mystery and more full of surprising elements.

The protagonist is full of traumas from the past and has a complex and troubled personal life. Still, he acts very professionally, remains very focused, and is almost obsessed with his work and with doing justice.

Despite being above average in its development, the narrative is not a rare gem because its central mystery does not have enough elements to make it memorable.

Initially, it is essential to say that the author does a great job in terms of writing, with a narrative that engages the reader right from the first lines. The central characters are well developed, with their personalities taking on new contours with each twist presented by the story. These two elements make it enjoyable to follow the book, even considering that the mystery and the central investigation are neither bold nor original. This lack of tremendous raptures still has the positive side effect of making the narrative as a whole much more down-to-earth than it is common to find in this type of story. What helps a lot is that the author has actually worked within this environment for most of his life, making him write with some knowledge of the facts. However, it would be crucial to consider that the audience is also looking for something beyond the daily routine of police investigations. One of the few elements that bring this aspect to the story is the involvement of a police officer in the crime, revealed in the book's last pages. This storyline, however, lacks a better explanation and even more plausibility within the universe of the narrative. In addition, the brutal crimes from the beginning do not necessarily lead to a thought-provoking or even fascinating investigation to follow as there are not so many options for suspects. With the power of this narrative and its characters, a better-developed mystery could otherwise lead to a successful screen adaptation. And, as the open end seems to indicate, to a gripping first chapter of a franchise.