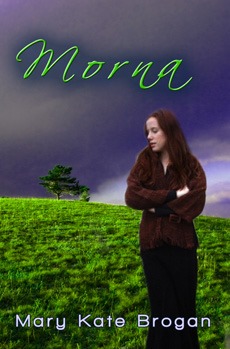 In nineteen-fifties Ireland, a devout Catholic girl wages war between God and the devil for the love of a man determined to become a priest until a fatal accident rocks the foundation of her hometown and challenges much of what she holds sacred.

MORNA is consumed with thoughts about her brother, TOM’S forthcoming marriage to BRIDGET, who bullied Morna as a child. Searching in Tom’s bureau she finds a letter confirming her suspicion that Bridget wants MAMA and Morna to leave their family home after Bridget and Tom's marriage.


Morna marries Sean, the town rebel. Her obsessive infatuation for Mairtin causes the breakdown of their marriage. After a lengthy separation they become reconciled. As Morna recognizes Máirtín as having feet of clay, she knows Sean is the man she truly loves. An Irish Republican Army ambush has left Sean at the point of death. Morna reveals that she is pregnant with his baby. The epilogue shows that Máirtín has left the seminary. In Belfast, when he invites Morna to have dinner with him, she says she never wants to endure his company again.