Virtues of the Vicious 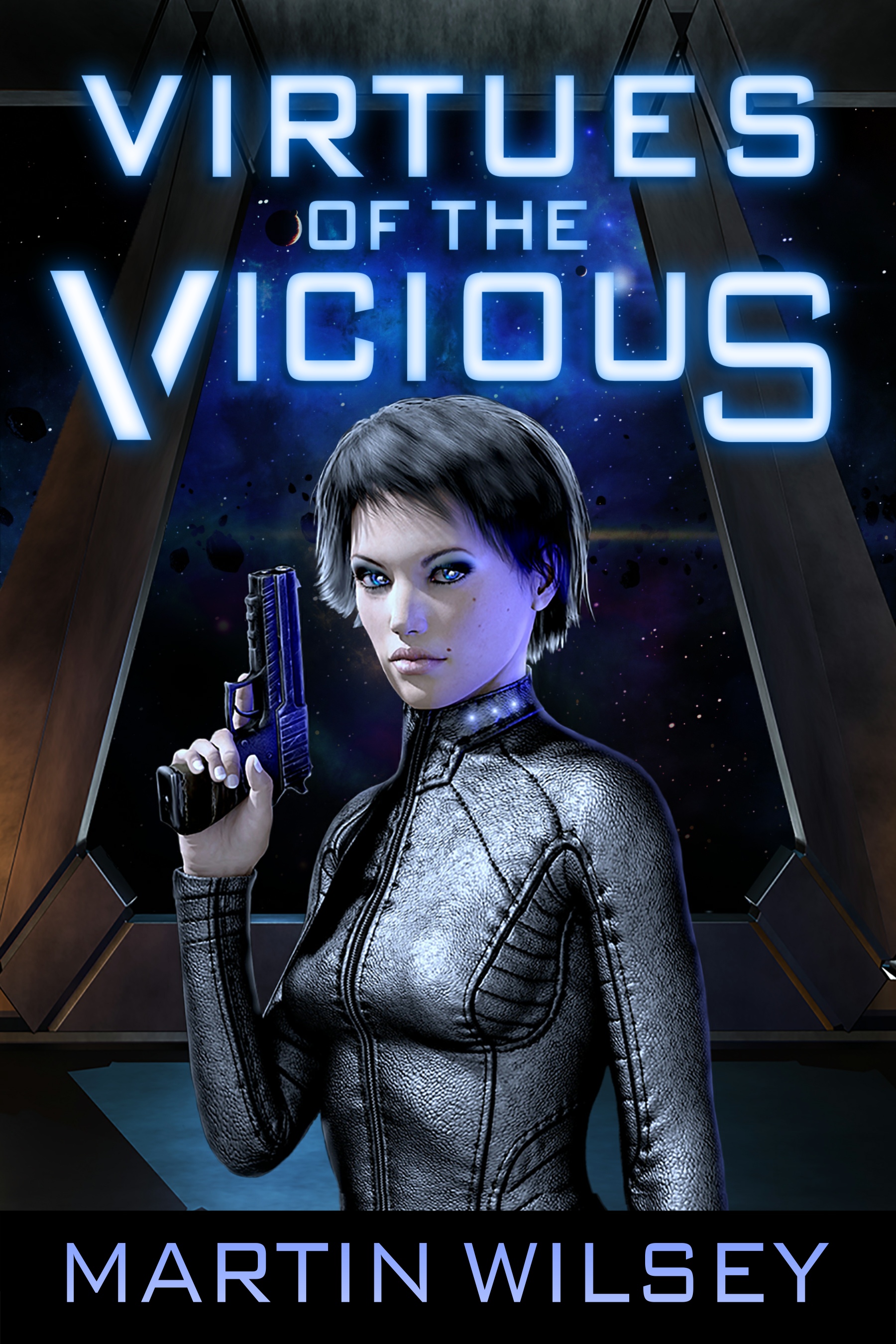 In the future, escaping from prison was the easy part. In a chase that spans the galaxy, Elizabeth Cruze is on the run from more than just the law. All they have to do is follow the trail of bodies...

When Cruze escapes from prison, Locke is tasked with tracking her down. She should be easy to find...all he's got to do is follow the trail of bodies. But Locke has been an investigator for a long time.It doesn't take him long to figure out that there's more going on than what he's been told...


Her true nature and mission has been revealed. Cruze was her home planets last hope against the mercenaries that have taken control of the colony. Her pursuer becomes her ally. Together with her crew, they defeat the Artificial Intelligence being behind it all.

The year is 2668. Earth, It's space station city, the moon, and colony planets.

I write the kind of stories I love to read or see on the big screen. Virtues of the Vicious has a strong female protagonist. She is smart, strong and beautiful. Virtues of the Vicious is an epic adventure set in the far future where Mankind has expanded into the stars. It explores honor, humanity, kindness, and evil. The story begins in 2668, with Elizabeth Cruze in the Detroit Municipal Prison. She manages to escape using her intellect, her physical prowess a beauty. Cruze needed a hero, so she became one. Cruze begins the chase barefoot on the streets of a crumbling Detroit. From there, she escapes the prison, the city, the planet Earth and even This Solar System. All with Neal Locke and others close on her heels. She came to Earth to buy weapons that she planned to use to take her world back. Finally, she reunites with the remains of her crew and collects new members along the way. Neal Locke discovers the corruption that was driving his boss to recapture Cruze. Her cause is just, her nature is honorable, so he decides to join her instead. With his help and the help of others, they head back to her home like the Seven Samurai.