Love, Life and The Old Stench of Luck 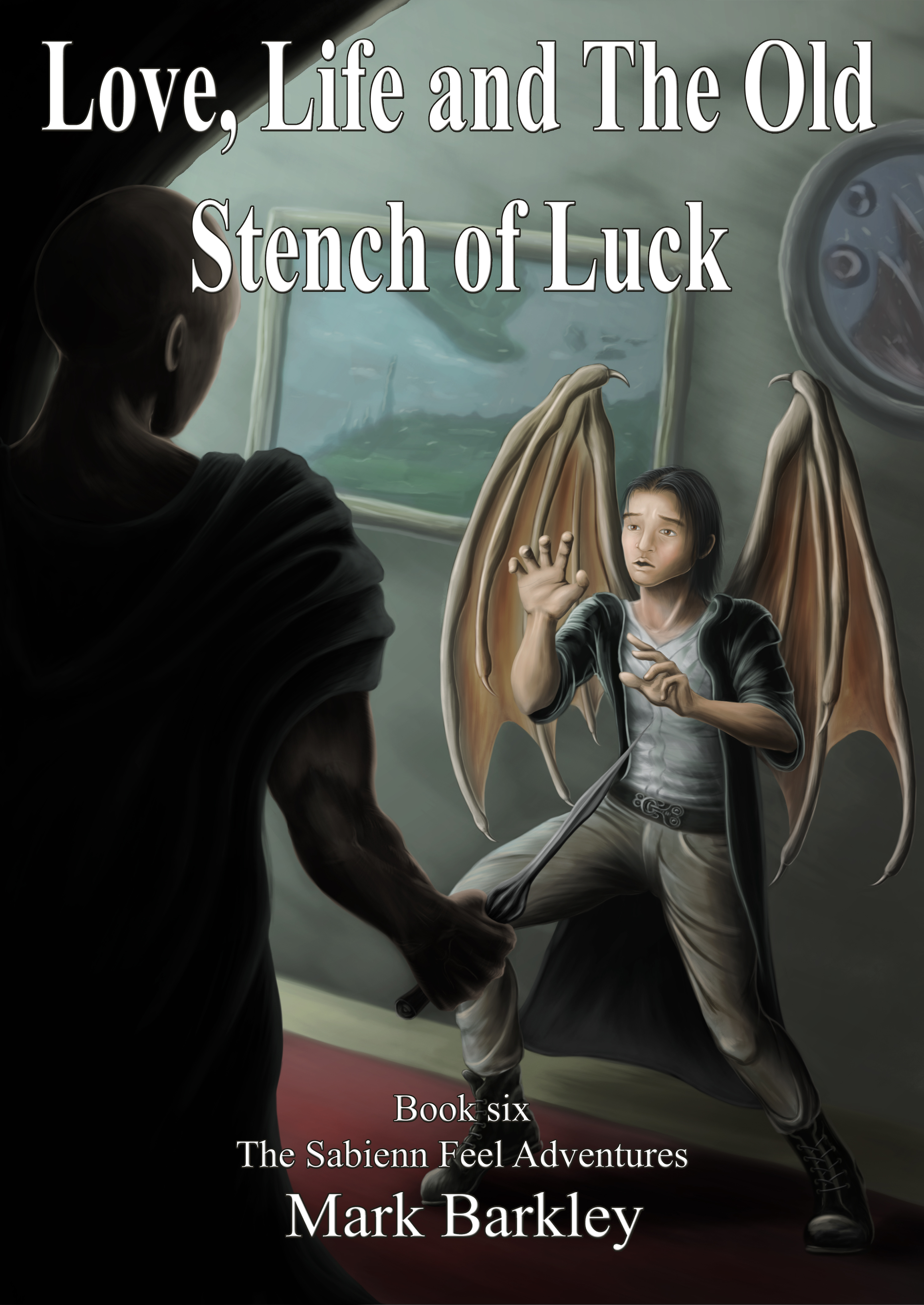 Sabienn Feel and his brothers venture to the Deerland Protectorate of Luck in the Outer Territories. Luck is under the control of the powerful and ambitious Lord Ramm. A thirty-year Treaty is to be signed. Two Countries contest. If one wins, a million people die.

Sabienn Feel arrives in Luck and sees two of his brothers die. He sees a vision of Lord Ramm of Luck in two minds at signing a Treaty. Sabienn meets Lady Ramm who wants to visit a hospital in the country to cure her son. Sabienn attends and finds a hospital corruptly stripped of anything useful.


Sabienn's father wishes the Treaty be signed to Hayddland. It will occur at an old fort inland. Sabienn convinces Ramm to take a potion that feigns death to expose those that have an ambition to the throne. Before Ramm is revived, Sabienn calls for him to be sent to the broken hospital. Ramm dies.

The Country of Luck on the Planet Whee

This would make a great film as it is about the underdog. Four men are rendered freaks when they grew wings in keeping with a native legend, only to find it a calling to save the planet Whee on which thy reside. The images have a cinematic style and the expression of their emotions is done with funny, pointed and often moving dialogue. It is largely through their speech that their feelings are laid bare. The scenes span wide time periods through the device of Sabienn's ability to be able to 'read' an object in his hand. The story is always moving forward but the flashes to the past fill the pages with back-story. Sabienn Feel is a leader but troubled with his own inadequacies. He is loyal to his three brothers and seeks to kill his Father who killed two hundred women, four of whom were the four men's mothers. The map of Whee where all the action takes place is enclosed with this submission. This series of books is mainly aimed at despondent and restless young teenage men. Kind Regards. Mark Barkley

For the past forty years, it has been Mark Barkley’s great pleasure to have created work that has been appreciated by various audiences throughout Brisbane, within Australia and online. Primarily his focus had been on being a playwright within the 90’s. But recently his sole focus has turned to creating the book series The Sabienn Feel Adventures. He has had several plays which have enjoyed a successful theatrical staging or reading within Australia. (“The Captains and The Kings”-1995, “Goodbye Melaleuca”-1996, “Sylvia Terry”-1998 and “A Kind of Belgium”-2000) Two of the plays featured here have been short listed in the George Landen Dann award, Queensland’s premium award for excellence in playwriting. (“The Captains and The Kings”-1992 and “Goodbye Melaleuca”-1995). He also created the short film “Spades” as writer/director and this was short listed in the top ten films of the third annual What’s On Short Cut Film Fest and screened in 2001 at the Brisbane Powerhouse. In 2007, he rewrote and updated his book “The Big Sugar Election” which was originally completed in 1990. Currently he is offering books in his fantasy adventure novel series The Sabienn Feel Adventures. “When The Stone Shepherds Awaken” completed in 2015 is the first book in this series, which is now free and on offer with its companion piece, “Stories From The Distant Planet”. Since the completion of this book, the following books have been added to the series: “Where The Black and Grey Wolves Kiss”, “Why The Sister Moons Swallowed Rage”, “The Two Men Who Kill To Be Carbon”, “Guess What The Fish Sings To The Hook” and this latest book, “Love, Life and The Old Stench of Luck”. Keep an eye out for more to come.