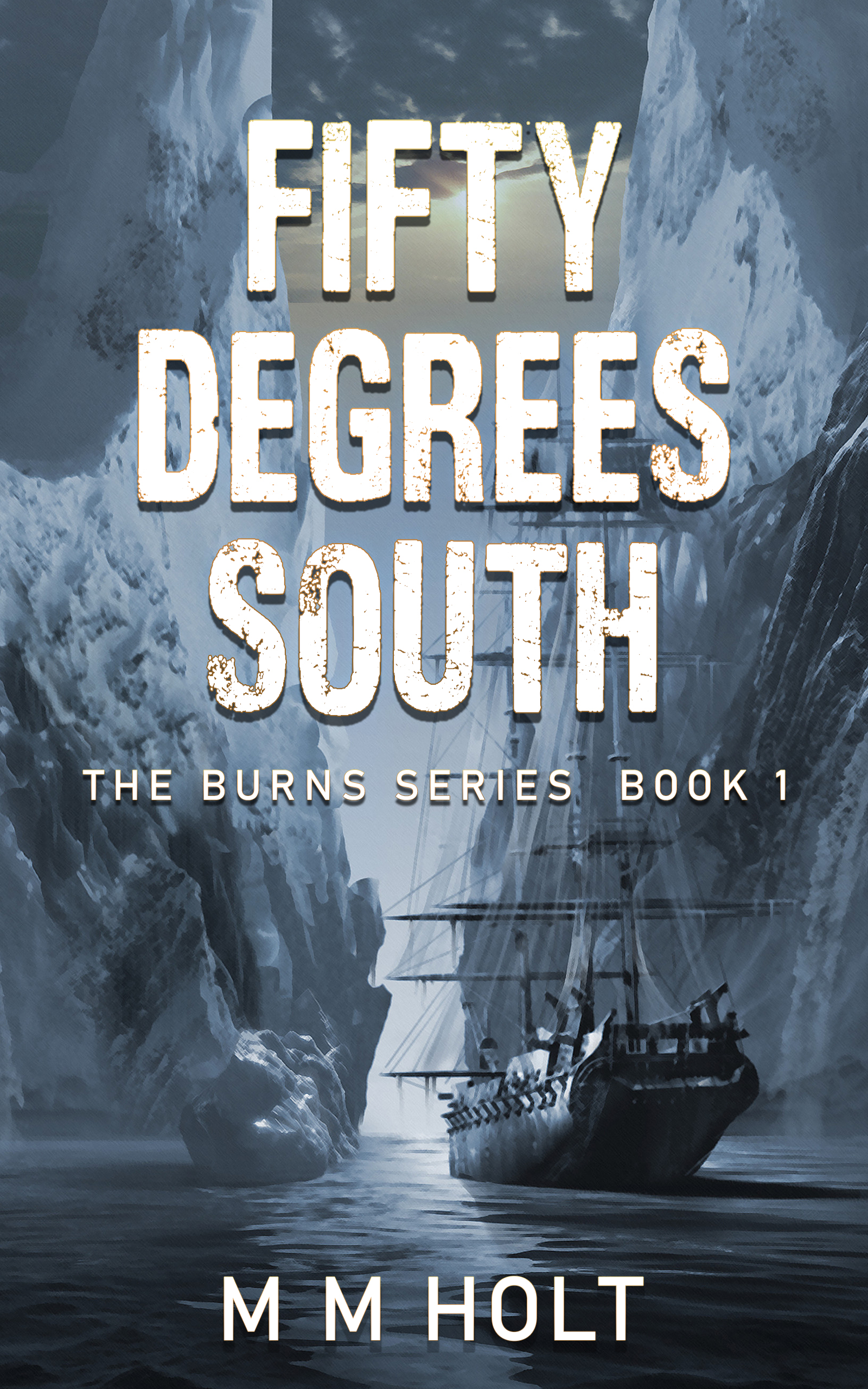 In 1803, the captain of a navy warship battles an alien vessel shadowing him from the clouds as he pursues an enemy frigate to the frozen southern seas.

As it pursues an enemy French frigate in the Atlantic Ocean, HMS Morgause is hit by beams fired by a strange "sky ship" concealed in the clouds above. Against all odds, Captain Alexander Burns orders his terrified crew to elevate their eighteenth-century cannons skyward and fight back.


Having pursued the enemy French vessel to the ice-berg strewn waters below fifty degrees south, Captain Burns engages in battle on three fronts with the French warship, the sky ship, and its beautiful but dangerous alien leader, Lavinia.

The Atlantic Ocean, the frozen Southern Seas, and an eighteenth-century warship

Age: Appears to be in her 30s (but as an alien could be much older)

Name: The crew of the ship who come from various backgrounds and points of view

As a film, ‘Fifty Degrees South’ offers enormous potential. In addition to the contest between two strong-willed lead characters, there are stunning locations, an entertaining supporting cast, and a unique story of conflict between an eighteenth-century warship and a vessel from beyond the stars. From the first scene, the action is intense and fascinating as Captain Burns overcomes his fears and orders his terrified gun crews to fight back against the mysterious sky ship. Through audacity and ingenuity, he succeeds. But then, the story takes an unexpected twist. The ship finds a beautiful woman named Lavinia floating in the sea. Little do they know she is actually the alien leader in disguise. Lavinia uses the icy sexuality of Charlize Theron and the sophistication of Katherine Hepburn to beguile Captain Burns with hints that she knows the intentions of the mysterious sky ship as it shadows him. Finally, there is the astonishing third act in which Captain Burns and his crew must use every atom of skill and courage to fight a last battle in the ice-berg strewn waters in the Southern Seas. Readers around the world already love the story’s characters, conflict, and period detail. It’s easy to imagine that viewers of the film version will love them even more.

M.M. Holt is a mysterious figure who lives partly in the real world, but more often in his imagination. He writes science fiction, horror and adventure novels, often involving a Navy lieutenant named Alex Burns who struggles to keep his sanity in a repressive future dystopia. M.M. Holt is relentless traveler. He can usually be found writing in cafes by the sea, or in a bar on the edge of a crowded street, usually in far flung cities. If you see him, he’ll be the handsome yet enigmatic stranger pounding the keyboard of his laptop, pausing only to sip black coffee and glance warily over his shoulder

A ship chasing an enemy through the waters begins to be bombed from the clouds. Frightened, the crew start to throw cannons into the sky in an attempt to get rid of this hidden enemy. Suddenly, they find themselves in the middle of a triple attack.

The narrative starts with the bombings coming from the cloud and the crew scared and wondering what that would be. It's a good start because it takes us right into the action, and our doubts about the hidden sniper are reflected in the crew's reactions.

Despite being a narrative of a single situation, it focuses a lot on one thing, which makes the narrative a little tiring. It would be nice to see more subplots over there.

The hook would be the survival purpose of these sailors, who are looking for an enemy and end up finding themselves amid an unprecedented enemy. The doubt and fear that this hidden enemy causes to these experienced men and the way they try to solve the problem is the hook.

The book is aimed at a particular niche. It takes place in the 17th century, amidst naval disputes, and still brings a sci-fi extra feature that makes it attractive to a more specific audience.

If the narrative focuses more on this quest for survival from the sailors and the inability to face an apparently stronger enemy, he would have more chances to win awards. Anyway, the story opens up exciting possibilities for more technical awards.

INDEPENDENCE DAY: AN ALIEN INVASION THAT ENDANGERS PLANET EARTH. PIRATES OF CARIBBEAN: FOR THE NAVAL ATMOSPHERE WITH A MORE FANTASTIC TONE.

The mix of sci-fi, period film, and naval disputes end up being original.

Captain Burns is a good protagonist. In addition to holding the reins of such an unusual situation, he still has humanistic traits, and is strong and brave even in the face of so many adversities. The ship's crew works like a great character, ready to help the captain and stay alive, each one in his own way. Lavinia is an exciting antagonist precisely because of the mystery that surrounds her.

It's not a rare gem, but it has many somewhat unique features that make the story stand out among others in the genre.

The mix of genres makes the story thought-provoking and entertaining, but it would be interesting to see a little more drama in the actions. Even in an action movie, with so many intense scenes, it would also be interesting to see a little more drama in the narrative, a little more internal conflicts in addition to the countless internal ones, so that we could feel more sympathy for the protagonist and root for the mission itself. . The language is quite typical of a ship, with treatments directed towards the captain in charge, but at the same time, we could have some moments when the "man" Burns spoke more informally with his companions. After all, everyone is there trying to survive. The alien threat is very interesting when mixed with a period movie, but the alien species could be better used in the story. The sailors spend a large part of the narrative trying to understand what is going on when we could already get ahead and understand the motives of the alien ship there. The book has excellent elements for a good entertaining film, but it needs refinement in terms of structure and characters.