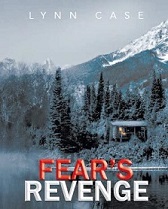 A tragic incident with a young girl, so bad that she blocks it out. 20 yrs later she begins to remember. Instead of going to the police, she takes matters into her own hands and takes Fears Revenge on all involved.

A small lumbar town that is mostly known for its booming lumber industry and a vacationers destination for camping and wilderness activities as well as a kids camp at the nearby lake. Local older teen boys lead by the son of the lumbar mogul in town. They follow his every idea.


All grown up, twenty years later. After Allison has taken her Fears Revenge on each of the grown boys/men. They must stop two secret siblings from running off to get married and putting the past behind them.

San Diego, CA and other parts of the United States.

Allison Symms had forgotten everything about that night over twenty years ago. The night she was held captive in an old cabin in the woods. Last thing she can remember is running through the woods and crashing head on into something, falling back knocking herself unconscious. She doesn't remember anything about that night until one day she gets knocked over by a city bus taking a turn to sharp and hits her head against a flower planter and goes unconscious once again. Then she begins to have horrific nightmares and flashbacks to events that she can't remember. After seeing her therapist and undergoing hypnosis, all is revealed about the lost events of that one traumatic night. Allison decides to take the law into her own hands and take Fear's Revenge on the four boys that held her captive. As each detailed step of revenge Allison takes against, Cole, Tyler, Tony and Bobby she is beginning the healing and growing process in more ways than she bargained for.

Lynn Case was born in Baytown, Texas not far from Houston. A southern girl at heart, she has lived most of her life in California. Except for a few years spent in Alaska. Lynn and her husband have traveled across the country and have visited thirty eight states in the U.S. some multiples times. Through their travels is where she gets some of her inspirations for her stories. When not traveling around the country Lynn and her husband, who met in high school and now have two grown children, enjoy their home base, now located in Reno, NV. When they are home, she enjoys her favorite past time, cooking, and has been an avid cook since she was young. Lynn enjoys being surrounded by family and cooking for everyone. Writing short stories here and there while growing up, being a private person, Lynn never shared her writings, even with close friends and family. Much less allow them to be made public. She was strongly encouraged to publish her first novel, Fear’s Revenge in 2013. Gabrielle, lost is the third novel Lynn has released to the public. Fears Revenge, released in September 2013, was the first. Then she followed that one up with her second novel, Return to Lily Cove, in March of 2014.Then Feathers in the Wind in 2015.