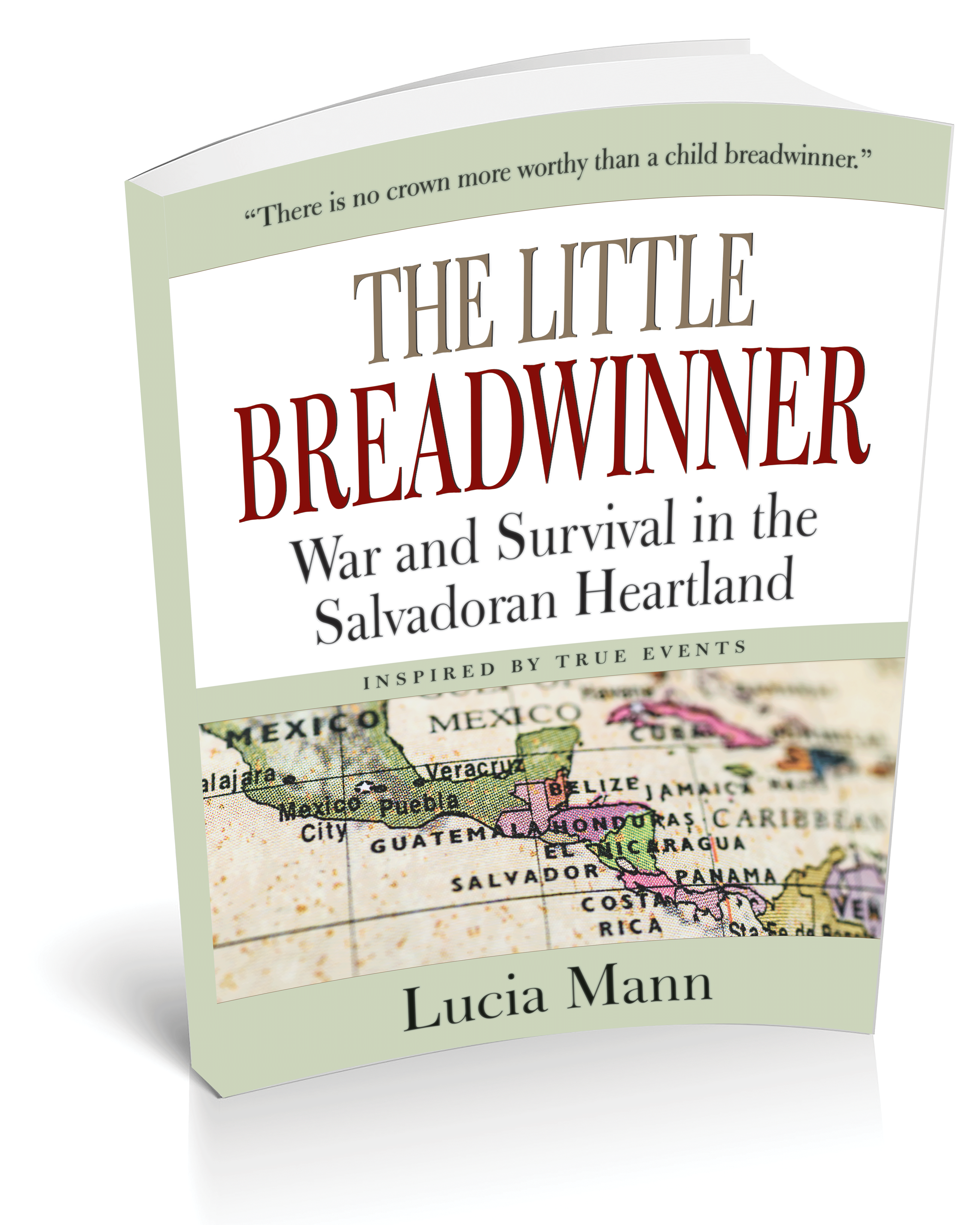 Finding Hope and Survival in the Midst of a "Dirty" War, aided by the United States.

1980 to 1992, a turbulent civil war ravaged the Central American state of El Salvador, claiming the lives of 75,000 Salvadorans. The Little Breadwinner is a story of tyrannized, frightened families, mostly poor peasants, indigenous peoples, and child farmworkers whose lives signified nothing.


One unforgettable character is a brave "little person" who became traumatically affected by the abuse perpetrated by National Guard soldiers outside her pueblo home. Meet Estrella Godwin Lozano (a Waorani tribe descendant of the Amazon rain forest) who heroically joined the Sandinistas.

The brutal conflict that was backed politically, economically, and military-led government by the United States government with CIA involvement.

Lucia Mann: Humanitarian and activist, was born in British colonial South Africa in the wake of World War ll. She now resides in British Columbia, Canada. After retiring from journalism in 1998 she wrote a four-book African series to give voice to those who have wrongdoings and are suffering brutalities and captivity. The Little Breadwinner is the seventh book that exposes account both personal and social injustice.

Many generations of women suffer from violence and the mistreatment of government forces in El Salvador. In the end, their deaths are avenged and justice prevails.

Yes, but it lacks further description and information about additional characters.

The relevant themes denouncing violence and abuse from authorities in a foreign country.

The fact that some scenes and flashbacks are exaggeratedly long.

Potentially yes, since the main theme is very important and impactful, but there would need to be extensive changes to the narrative.

Yes, because of the important themes, but it would have to go through revisions and rewrites.

It shows us information about a country and a conflict that most people don't know much about, and it uses disabled people as central characters, which is also not very common. However, it could be less clichéd and predictable in the way it conducts the characters' actions.

Estrella is a strong-willed, courageous woman, who fights for what she believes and manages to overcome many physical and social challenges, despite having a tragical ending.

Not really, because it lacks further development and feels somewhat obvious overall.

The narrative feels too focused on many unnecessary moments, which would make the adaptation less compelling than it could be. The story should be rewritten to become more thrilling and straight to the point. Another issue is that the characters act in predictable ways and are built in a manichaeistic shape. There should be a better development to their character and additional complexities for the story to work. Also, there shouldn't be so much graphic violence, it feels dislocated and even of bad taste for this story. Even though violence is an essential part of this narrative, it could be better handled and not included just for shock value.