Freeing Your Heart For Love, A Memoir 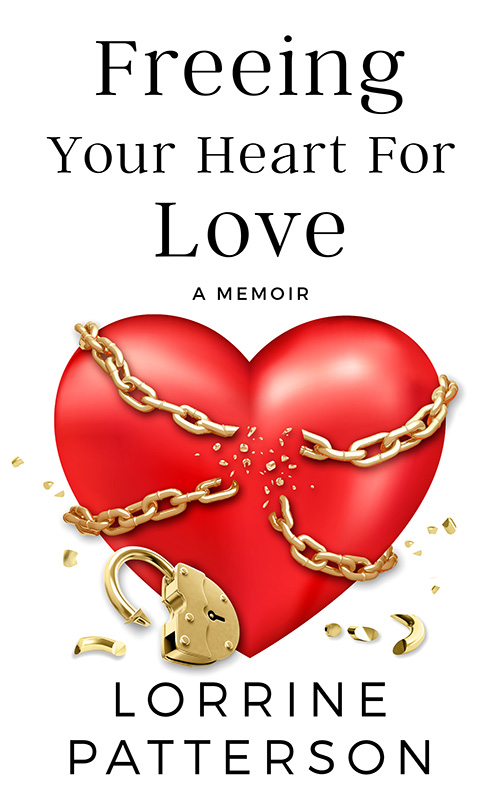 Freeing Your Heart for Love is a raw, unflinching, memoir about one woman’s journey from abuse to actualization, and the art of finding lasting love and happiness. It showcases how Lorrine’s childhood experiences resulted in a destructive pattern of codependency in different forms.

It was just another weekend with Leon. The week prior, he had been hunting online for the next man to join us in the bedroom. I had no words to tell him that I didn’t want to do this anymore. We were a married couple who had made a promise to each other when we married to love, respect, and protect.


Some people live their entire lives not knowing what true love and happiness feels like. You don’t have to be that person. Through the power of positive thinking, affirmations, and visualizing what you want in life, you can find what you are truly seeking in your mind, body, and soul.

Opening scene: In the grip of her husband’s illicit fantasies, a young woman fights to find her voice. Lorrine is a good wife. She’s devoted to her kids, works tirelessly, and after two failed marriages is determined to make this one work. But at what cost? Her husband, Leon, is engaged in a once hidden practice now sweeping America: cuckolds are voyeurs who watch their wives make love to strangers. He calls it sexual liberation, but as Lorrine slips on her new pink patent stilettos and stands before the hotel mirror, she barely recognizes the hollow-eyed woman staring back at her. I grew up in a mentally and physically abusive home which led me down the paths I took in my teens and adulthood. Having my first suicidal thoughts at the age of 16 and almost taking my life in my 30's. Here I was a mother of four amazing boys, a wonderful career, but couldn't figure out love. It took me 29 years to find self-love and true happiness. It wasn't until I was married to the third husband who had the cuckolding fantasy, when I woke up and transformed my life. In my first book, Freeing Your Heart For Love, I share some of my most personal experiences that I was never going to share with anyone until I had reached my happiness and realized I wanted to help others find love and happiness too. This true story of overcoming some of life's greatest challenges, severe suicidal depression and three failed marriages, but ultimately finding self-love and true happiness will inspire.

Lorrine Patterson is living proof that the human heart can withstand many hardships. Lorrine has overcome suicidal depression, survived three turbulent marriages and numerous relationships, but she never stopped trying to improve herself. Every experience in her life has pointed her down roads she didn't understand at the time. Left to discover her unique truth, Lorrine has overcome the odds and continues finding success. She met and married the love of her life in 2017, is the proud mother of seven and grandmother of three.

Lorrine grew up with abusive parents and an unloving home. She gets married at 17 and is a mother by 18, to a cheating husband. She begins to branch out, working on her own career. Her adult life is filled with failed relationships, more children and many life lessons learned until she meets the love of her life.

The story begins with a very difficult moment in Lorrine's life. She is trying to please her husband by sleeping with other men. She doesn't want to do it anymore but goes through with it for him. Lorrine feels shame and regret. It sets the tone for the story and gives a good understanding of Lorrine's struggles with self love and finding her own voice.

Lorrine's story is not an easy story to read. She goes through a lot of abuse from multiple people in her life. The audience goes on a journey with her through self love and acceptance. It is rewarding at the end. It would be beneficial to explore her life outside of her relationship. She talks about growing in her career, but none of that is shown.

The hook is that Lorrine's unloving childhood set her on a path to accepting abusive relationships in her adulthood until she learned her worth and found true love. I would watch this movie to see this person's journey and growth. The media makes it seem that you need to have together in your 30's when life is a journey and there is not distinguishing age to have it all figured out. Lorrine's story is realistic and relatable.

This wouldn't have a large fanbase because it feels geared towards an older demographic. It leans towards indie film tones. It is all about life lessons and overcoming the trauma of your past. It could still very popular as an indie film.

This does have awards potential. It is a character driven story that handles hard topics. It is from Lorrine's inner voice and if that is brought through with the right actress, it could garner awards attention.

The story is original because it is Lorrine's story. She had a rough childhood, married very young, had children and tried to find happiness. Overall, the story is not unique. It's a woman's story of healing from the past and loving herself. There is complete focus on Lorrine's romantic relationships. She had other things going on in her life, specifically, her career, that should be explored. There is little mention of friends, her relationship with her family as an adult or her children as she is trying to figure out her life. That information would present a more well rounded story.

The lead character stands out because she is relatable. Lorrine keeps trying for love even when she has had terrible experiences. She doesn't have her life figured out and doesn't get her happy ending until she is almost 50 years old. She shows that life is a journey.

This is a gem because it is one woman's unique story. It could be told in a more dynamic way that would be more impactful.

This is a solid story that shows the power of change, growth and empowerment. It is inspiring story that shows the strength of woman. The story doesn't have mass appeal at the moment. It needs to show more of her life outside of the relationships because that is not the sum of a women's life.