A Question of Us 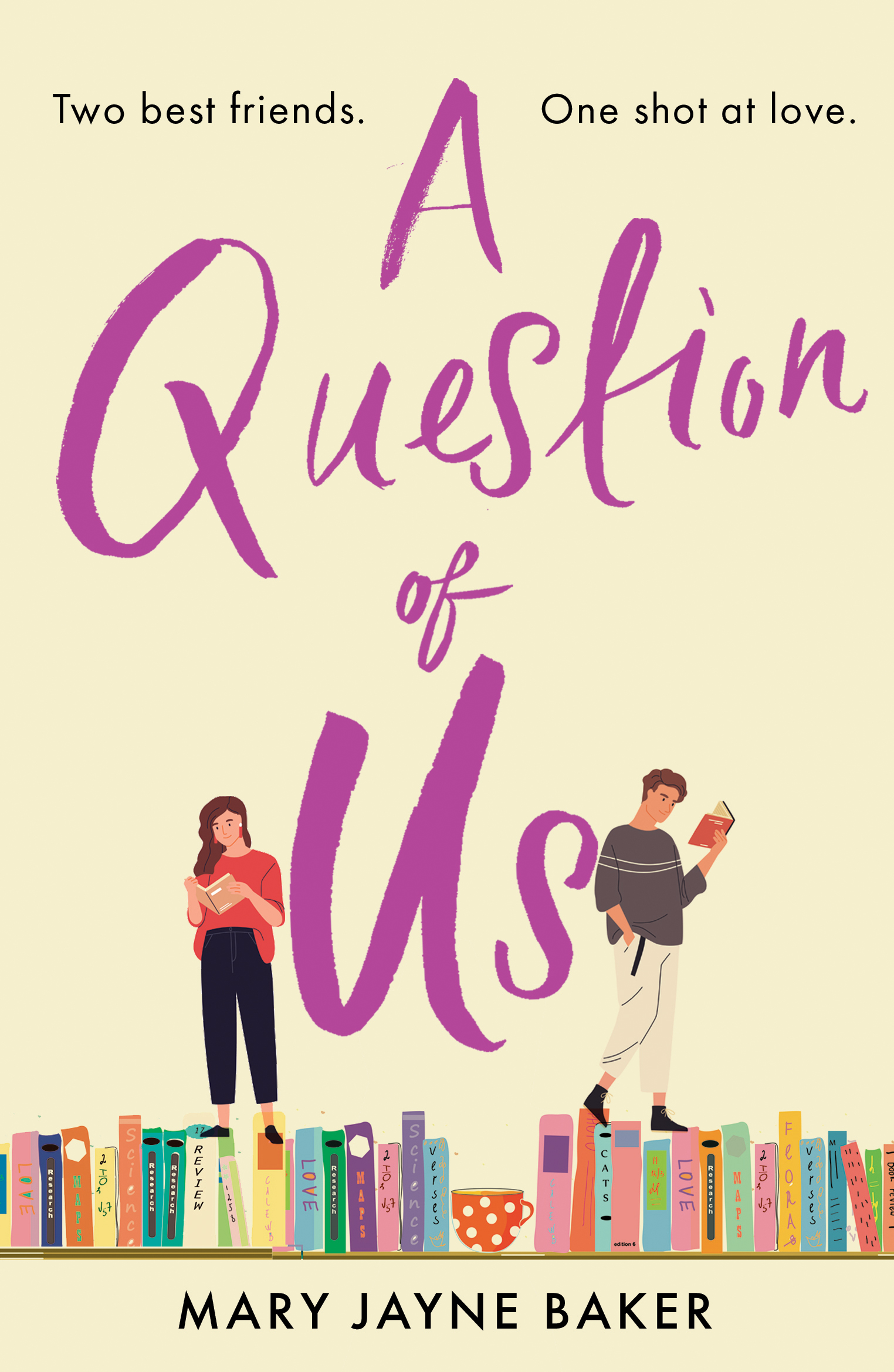 Twentysomething Clarrie’s pub quiz team is the sole bright spot in her messy life – but one daring bet could change everything. If her team wins the league, Clarrie has to go on a date with her playboy best friend, Simon! But could that be what she’s wanted all along?

26-year-old Clarrie Midwinter and her friends Simon, Sonny, Gemma and Dave are a spectacularly unsuccessful pub quiz team who are competing in their town's inter-pub quiz league for the eighth year running. The stakes are raised when Simon bets Clarrie a date they will win.


After falling out with Simon, Clarrie realises she needs to win the league – and thus deliberately lose their bet – to show him she wants to be with him. She attempts to triumph in a fraught final, which ends in a dramatic tiebreak.

Richard Curtis meets Edgar Wright in this friends-to-lovers Britcom that follows the ups and downs of Clarrie Midwinter and her friends as they attempt to win their Yorkshire town's annual inter-pub quiz league. After years of watching arch rivals Les Quizerables triumph, their chances look slim – until Clarrie's best friend Simon bets her a date their team will win. As playboy Simon starts spending all his time studying trivia books instead of taking out women, Clarrie begins to question whether this is one bet she would rather lose than win. Written with wit, humour and heart, the story charts Clarrie's emotional journey as she is forced to confront her feelings for her best friend, her struggle with chronic anxiety and above all, what it means to be an adult. The novel's format would lend itself perfectly to screen adaptation, as it is written in immediate, dialogue-rich scenes with a classic underdog story at its heart plotted using the Save the Cat method. Strong characterisation – and in particular well-developed character voice – are a strength of the novel. It also captures beautifully the appeal and charm of Yorkshire – its people, its culture and its countryside. A Question of Us was the winner of the Romantic Novelists' Association's Romantic Comedy of the Year Award 2020.

Mary Jayne Baker grew up in rural West Yorkshire, right in the heart of Brontë country... and she's still there. After graduating from Durham University with a degree in English Literature, she dallied with living in cities including London, Nottingham and Cambridge, but eventually came back with her own romantic hero in tow to her beloved Dales, where she first started telling stories about heroines with flaws and the men who love them. Mary Jayne's novel A Question of Us was the winner of the Romantic Novelists' Association's Romantic Comedy Novel of the Year Award 2020. She also writes uplifting women's fiction as Lisa Swift. More information can be found about Mary Jayne on her website at www.maryjaynebaker.co.uk. You can also follow her on Twitter, @MaryJayneBaker, or like her Facebook page by going to Facebook.com/MaryJayneWrites