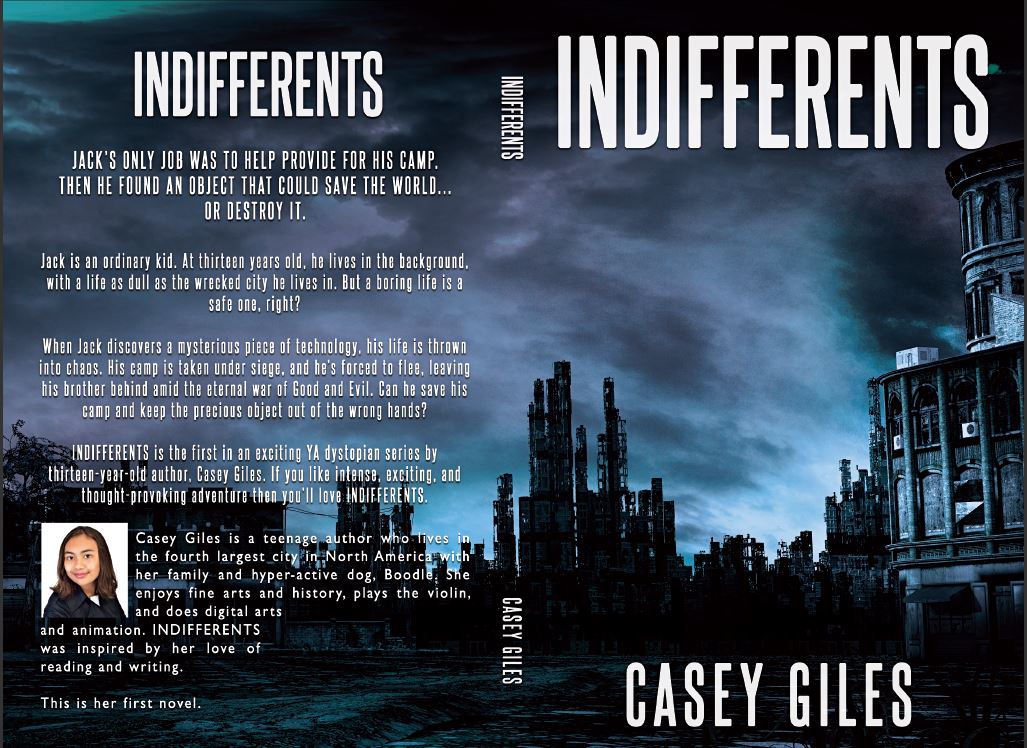 Jack’s only job was to help provide for his camp. Then he found an object that could save the world … or destroy it. Jack is an ordinary kid. At thirteen years old, he lives in the background, with a life as dull as the wrecked city he lives in. But a boring life is a safe one, right?

Jack is a Scavenger who works for his camp by finding resources in the destroyed city they're in.The world is at a state of anarchy & war between two loosely tied organizations- the Goods vs the Evils- both have different ideals & want to obliterate each other to be able to carry out their own plan


The Indifferents,a neutral group that Jack and his band of friends ran into,help the teens take back Jack's camp.They launch an attack on the siege held by the Evils,forcefully driving them out,thought injuries & death are inevitable.The story ends on an uplifting note with a minor cliff-hanger.

Indifferents is a short futuristic-dystopian novel featuring the struggle of a boy who embarks on a journey into the unknown to save his camp from the Evils, an organization bent on becoming powerful enough to subdue the Goods and officially gain control of the 'entire world' as it is. The book describes friendship, courage in the face of fear, and the idea that people are not always who we think they are, and the world is not always black and white. Indifferents may make a good movie because of its relatively short storyline (though it has enough plot to build a film) and its good lessons.

Casey Giles is a teenage author who lives in the fourth largest city in North America with her family and hyper-active dog, Boodle. She enjoys fine arts and history, plays the violin, and does digital art and animation. INDIFFERENTS was inspired by her love of reading and writing. This is her first novel.