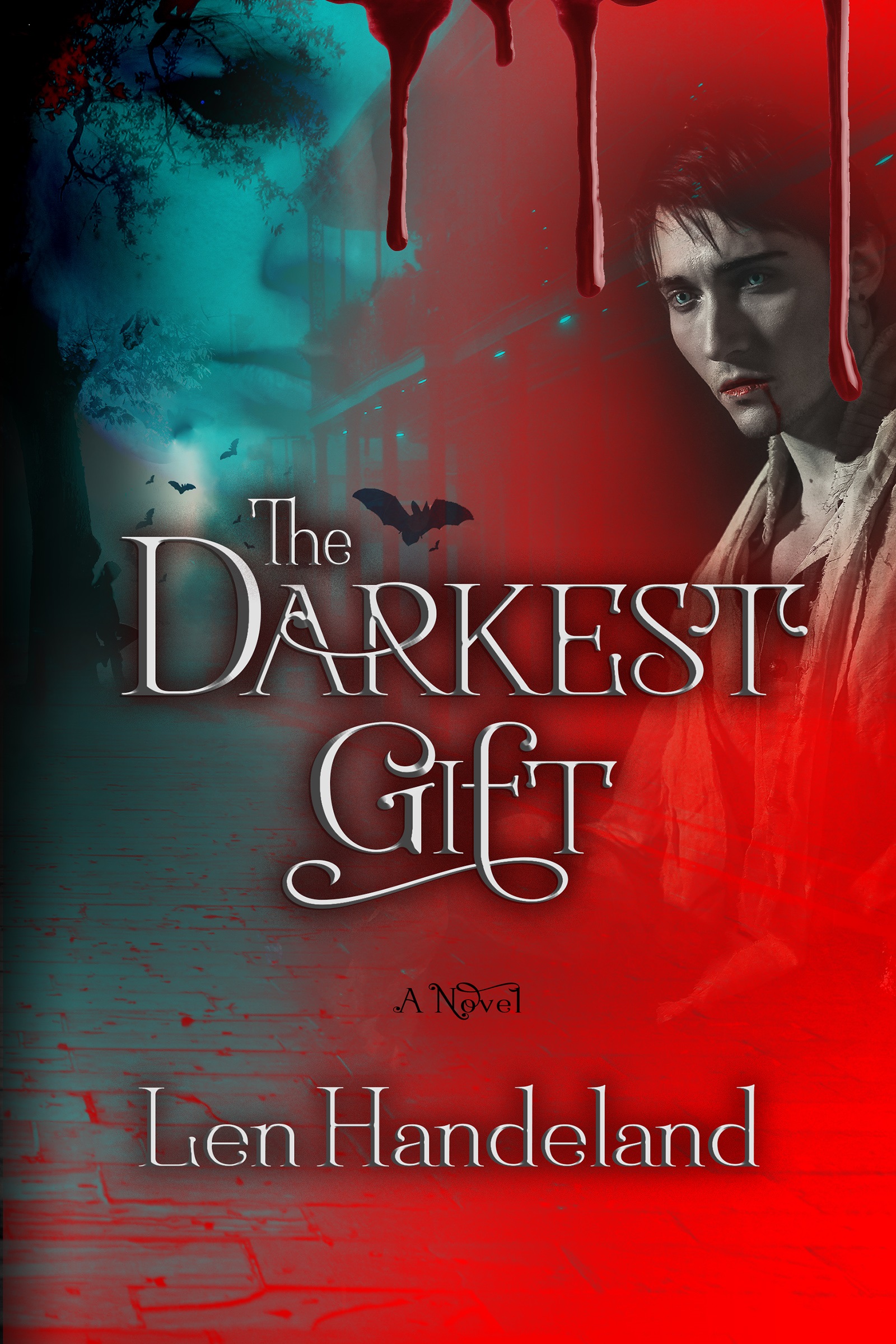 A dynamic, enthralling tale of love, jealousy, rage, vampirism, and the paranormal! It involves a self-loathing Gay man—Jack, who meets elegant yet incredibly mysterious Laurent Richelieu (a 250 year old vampire) As they begin their courtship—Jack has terrifying encounters involving the supernatural

It is the late 17th century when Fabien leaves the Loire valley for Paris. He unknowingly meets a vampire, Stefan at a café, and they flirt. Their courtship seems normal at first until their second meeting; Stefan drinks too much brandy, and is escorted back to his room by Stefan and attacked.


With the help of a powerful medium from Haiti, Queen Raphaella, who has the ability to summon spirits as well as help from the two vampires present, they are able to defeat Stefan where he is condemned to the bowels of hell, or is he?

Overcoming Monster/Villain,Quest,Rebellion Against 'The One'

I wrote “The Darkest Gift” as I felt no other author had written an enthralling vampire romance novel since Anne Rice, which was a breakthrough in featuring two vampires of the same gender as a couple. Being a life-long fan of vampires starting when I was a small child and into my adult years, I wanted to write a compelling and enthralling book where the characters are complicated (both humans and vampires) and that the same-sex couples are far less ambiguous about their sexual orientation than in vampire books of the past. Where the emphasis is on love, whether human and vampire or two vampires (of the same gender), it was vital for me to avoid anything graphically sexual, but instead, the focus is on the sensual aspect of two men together. Also noteworthy was addressing stereotypes regarding vampires and some of the gay men in my book. That all vampires are evil and unfeeling creatures, that all gay men are effeminate, couldn’t be further from the truth. I utilized the classic tale of good versus evil (in this case, vampire against vampire) and how one of the human characters, Jack, despite his struggles with sexual orientation, finally learns to accept and embrace who he truly is. The message I’m trying to deliver is: do what is right and be true to yourself. In my novel, that applies not only to humans but vampires alike. The locations in my book are places I have an affinity for, and are rich in history and culture.

ABOUT THE AUTHOR (LEN HANDELAND) During my childhood, I was always fascinated by vampires and monsters. What little boy didn't either pretend to be or wish they were a vampire? Seeing Bella Lugosi as the King of all vampires in "Dracula" spread fear mixed with fascination in my young heart and mind. As a child of the 1960s, I (along with countless other children of that era) grew up watching the classic Gothic horror TV soap opera "Dark Shadows." The reluctant vampire Barnabas Collins, brilliantly portrayed by the late Jonathan Frid, unearthed and existing amongst his long-lost relatives the Collins family, thrilled and sent chills up and down my spine! As a teenager, my interest in vampires went from watching them on television to reading about them in books. Reading "Interview with the vampire" by Anne Rice as a teenager (and all the rest of her fantastic vampire chronicles!) were books I couldn't put down! Her brilliant description of these powerful and mysterious beings had me completely mesmerized! I became consumed and obsessed with vampires; I will always be grateful to Anne Rice for being my inspiration! This obsession inspired me on more than one occasion during Halloween to dress as the diabolical Count Dracula. Years later (as an actor in Community Theater), I was blessed to have been cast in the role of Count Dracula based on the classic 1924 play "Dracula" played initially by Bella Lugosi on Broadway which further endeared me to vampires. I threw my heart and soul into that role, and deeply searched the dark inner side of my being to portray this refined and evil monster known as the "King of all vampires." The role temporarily drained my energy. After recovering my strength, my obsession led me to want to write a book about vampires. No, not the classic tale of vampire meets woman, bites, and hypnotizes woman, to make her believe she is the long-lost love of the vampire. Instead, the story of two men, one who happens to be a 250-year-old vampire who meets another man he believes is the reincarnated soul of his long-ago destroyed vampire lover. In writing this book, I hope to show that love (whether heterosexual or homosexual) is eternal. That sometimes love, which can be taken away, sometimes brutally, can sometimes return to us. Hopefully, my book will have people looking beyond each of my characters' sexual orientations, so the focus is love, eternal love. It was vital for me to give a thorough background on each character's personality, but equally as important, where they came from and how they developed as individuals, as human beings are complicated, as are vampires! Togetherness, separation, and being reunited under different circumstances as well as locations and times. I hope you enjoy reading this book and that it thrills and entertains you as much as I have had the pleasure of writing it!