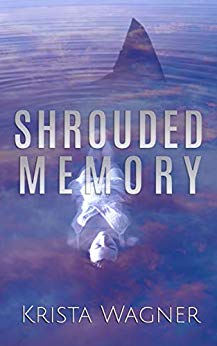 When a shark attack triggers a Marine Biologist's previous trauma with two men, she plots her own ambush against the predators, both fish and man.

After surviving a shark attack, Marine Biologist Rian Field becomes haunted by disturbing memories of a past traumatic incident and begins to suspect that the assailants may be those closest to her. But more chilling is her fear that they are somehow connected to the shark attack and want her dead.


Rian's friends, Randy and Floyd, reveal they drugged her to block her memory two years before; they also controlled the shark to try to kill her because she "betrayed" Randy by getting pregnant by her husband, Jack. After a tussle, Jack kills Randy and Rian stops Floyd from killing them.

Shrouded Memory is partly based on a trauma I experienced when my dad and I were held at gunpoint. Rian's reactions to events and other people are a true reflection of PTSD and the realities of certain traumas. The book has helped those struggling with PTSD. "Because what you don't remember can hurt you." When Marine Biologist Rian is attacked by a shark, it triggers the past, when she was held at gunpoint by two masked men.Soon, her close circle of friends, including her husband Jack start to seem suspicious.She sets out to uncover the masked men. She also makes it her mission to discover the link between them and the shark, certain that there is a connection.Randy, her friend, and Jack have a strange and nearly violent confrontation, leaving Rian to suspect that they might be the masked men.Rian starts to have hallucinations of someone shooting bullets through her bedroom window, is easily set off by sudden noises, and has dreams about the two men who kept her prisoner two years before.Rian goes after the shark, killing it. Randy and Floyd, their friend, reveal they were the two masked men. They drugged her to block her memory. Randy was enraged that she "betrayed" him just like his ex-girlfriend and he attacked her, causing the miscarriage. They also reveal how they tagged the shark, having tracked its patterns for months, and ensured the shark attack. After a tussle, Jack kills Randy and Rian stops Floyd from killing them. And Rian announces to Jack that she is pregnant.

Krista Wagner is a product of the 70's who loves all things 80's. A lover of suspense and young adult realistic fiction, Krista finds herself meeting new intriguing characters all of the time in her own fictional worlds. When she's not writing novels, you can find her watching suspenseful movies, playing 80's video games, reading the best book in the world, The Bible, and spending time with her incredibly entertaining family. Krista is the author of several titles including the YA Small Town Secrets Novel standalone series and the MG/YA Magical Forest series as well as her psychological thriller Shrouded Memory. "Dealing with danger and handing out hope" Krista Wagner, author of mysteries, thrills, and all that is real