On the Third Day: The Last War 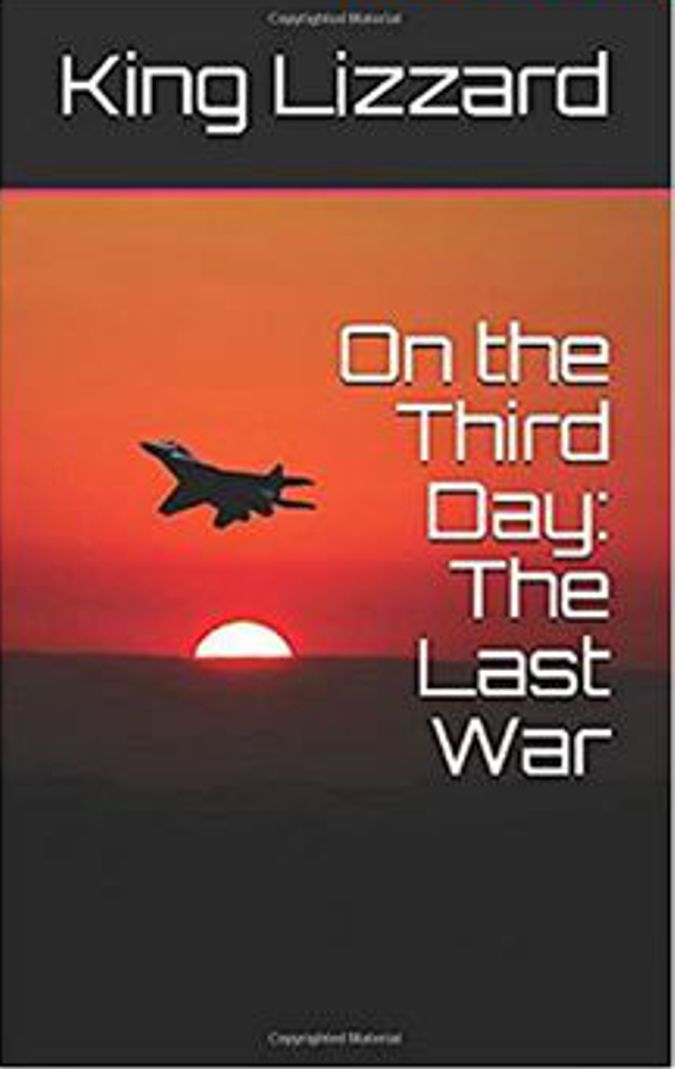 And on the third day all mankind came to an end. A biting, surrealistic, political war thriller/black comedy. Chemical warfare sets off an insanity syndrome. A Dr. Strangelove for the new millennia.

Yuri was a lazy, crazy, ex-military pilot from Russia, who just didn't pay attention to where he was flying one day. After getting shot down by the USAF in Germany, a series of chemical attacks begins in Europe. With the chemical drifting worldwide the world leaders try to stop the oncoming disaster


Chemical warfare has turned all people insane. The President, the Queen, all political leaders are dead. After a divine vision, a mad General Kincaid decides it's time to put mankind out of its misery. Lightning fast pace with shockers that will leave you exclaiming the name of the lord many times.

A surrealistic black comedy, very relevant to today's sociopolitical climate. Big ticket picture - A Russian pilot gets shot down by the American Air Force in Germany, ushering in a series of chemical attacks which turns people into raging lunatics: an insanity syndrome. As the chemical spreads into other countries total chaos is unleashed. The world powers from the U.S. President, to the Queen of England, the Pope and other world leaders try desperately to stop the madness. But on the third day, the Chairman of the Joint Chiefs of Staff, General Thompson Kincaid, decides to take the fate of all mankind into his own hands and put it out of its misery. As the chemical spreads it's hard to tell what's real and what is a sick hallucination. Insane, fast-paced, thought provoking, with many, many plot twists.

King Lizzard was born and raised in Detroit, lived most of his life as a musician, entertainer and actor in Los Angeles, and currently lives in Las Vegas. He has eight CDs released internationally, has written dozens of screenplays and has written his first novel: On the Third Day: The Last War. King is a member of the Recording Academy and the Songwriters Guild of America. Surrealism is King Lizzard's forte in story and music, and The Last War is a surreal black comedy/Political War Thriller. For more info go to www.kinglizzard.com, https://www.facebook.com/OfficialKingLizzard/ or https://www.imdb.com/name/nm2713680/?ref_=fn_al_nm_1

A Russian pilot is shot down over in Germany after repeated being told to surrender. It is taken as an act of war and chemical warfare breaks out. The poisonous gas spreads throughout the globe killing most of the population including political leaders and heads of state. Now the race for a cure before the Four Horsemen of the Apocalypses finish destroying mankind.

Yes the book profile is accurately but barely touches on the story. It is more a logline. There could be mention of the chemical warfare and a war with Russia.

The story is meant to be a dark comedy and begins by following Yuri. He is a Russian pilot on the army who instigates the war with his misguided ways.

The book hits close to home with chemical warfare feeling strangely relatable to a pandemic. Also it deals with Russia attacking the rest of the world which is also very relevant. These are essential elements to the story and cannot be changed. There is a strange addition with the Four Horseman of the Apocalypse.

The hook is that chemical warfare has spread throughout the world, killing millions. Now scientist must find a cure before the Russians destroy the world.

This could have a large fanbase because chemical warfare has not been done often in war films. It is also a dark comedy that adds to the uniqueness of the story. It is very timely because it does resemble the pandemic because they use gases to spread poison.

This could have awards potential because it is an satirical perspective of war. It has the same tones as Jojo Rabbit. It has a light air to it while tackling a serious issue.

The story is original because of the use of chemical warfare in a dark comedy. It is filled with gore and showcases a comedy of errors by many of the characters.

The lead characters do not stand out.

This is not a rare gem but does have many unique elements that would make it interesting to a wide audience.

This is a consider because it has interesting elements but it could be an inappropriate time or an appropriate one, depending on the message. Chemical warfare is similar to a highly contagious virus which may be insensitive to the public at this time, especially in satire. It also uses Russians as the antagonist who are apart of a heated topic at the moment. However, it could make an interesting and empowering statement.