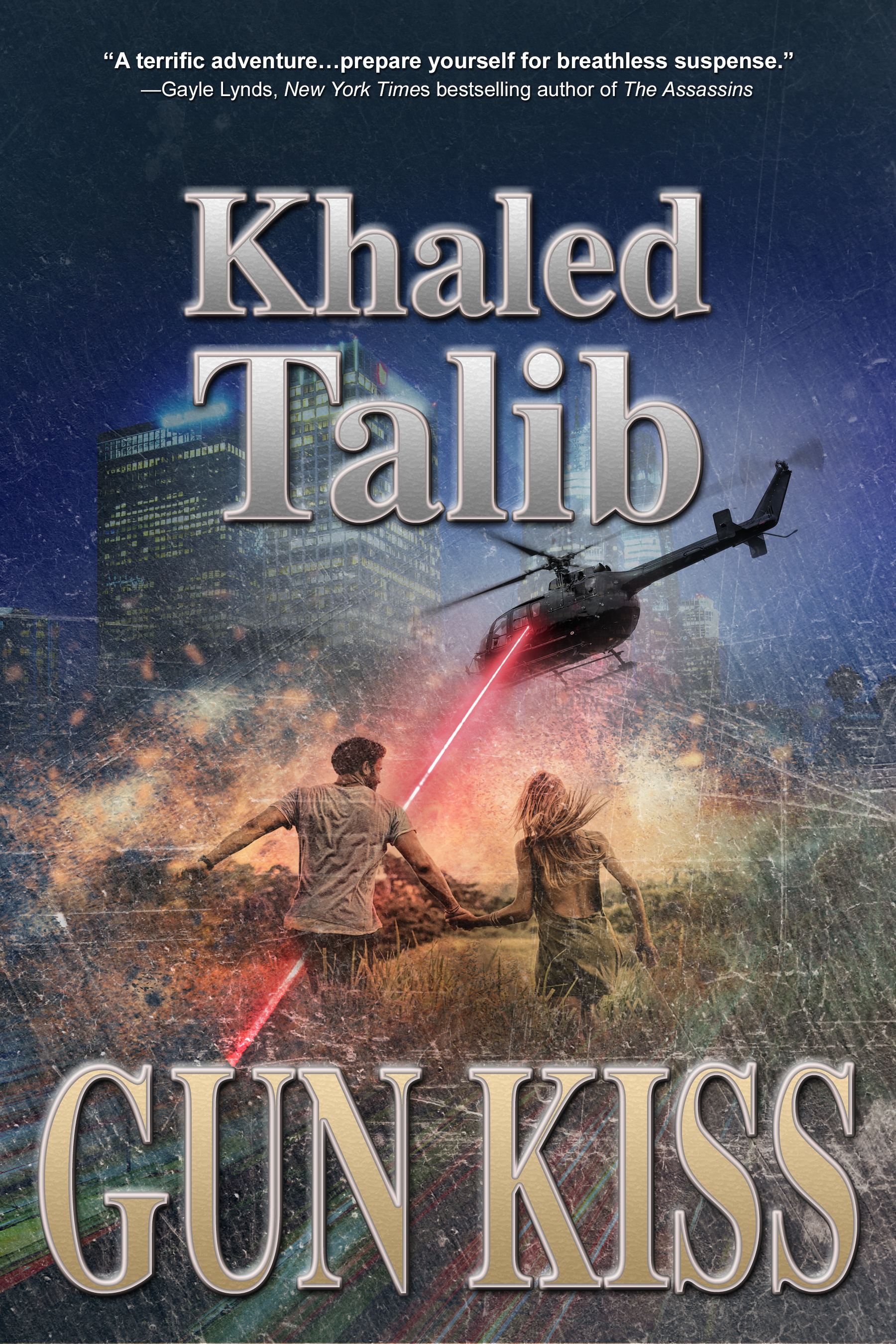 Iraq vet Blake Deco rescues a beautiful Hollywood movie star kidnapped by an obsessed Mexican drug lord. Is he prepared for the consequences?

Iraq vet Blake Deco, who freelances for Homeland Security, returns from the Balkans after recovering the Deringer that shot Abraham Lincoln stolen by a Russian general. Back in the U.S., he learns from a Mexican friend the whereabouts of the kidnapped Hollywood movie star. He is forced to act.


Blake rescues the movie star from the drug lord with the help of Homeland Security and the Mexican army. The couple gets married. Blake, who has always tried to write a movie script, manages to sell his story to a producer about his experience. The title of the movie is Gun Kiss.

Gun Kiss is filled with adventure, history, and a little romance -- all wrapped up in one action-packed package. Blake Deco, the protagonist, is an intense personality in contrast to his sidekick and ex-army buddy, Jack, who suffers from PTSD yet lives a care-free life. The story features the primary theme of Hope. Blake struggles with his life after returning from Iraq. He runs a taco restaurant along Sunset Boulevard, which is not doing well. He covers his expenses by freelancing for Home Security as an artifact recoverer. He also has a drawer of rejected movie scripts (his first love is writing). Goldie Saint Helen, the Hollywood movie star, also represents life lessons that not everyone in Hollywood is "plastic." She automatically falls in love with Blake, her rescuer. Goldie shares the same problems as Sharon Stone who publicly admitted she went online to look for a date because her industry is full of opportunists. Again, she hopes to find a decent man. Towards the end of the story, Goldie escapes from the drug lord's hideout in the jungles of Veracruz. When she finds herself lost, she can only hope to be rescued. If you ever read this book, think actors Chris Wood as "Blake" and Melissa Benoist as "Goldie."

Born and raised in Singapore, Khaled Talib is a former magazine journalist and public relations consultant with local and international exposure. He has worked full time for magazines including the Singapore Tatler and Egypt Today. His articles have been published and syndicated to newspapers worldwide and his short stories have appeared in literary journals and magazines. Talib is also a member of the International Thriller Writers. You can learn more about him at www.khaledtalibthriller.com

Year Published: Originally published in 2017 by Imajin Books, Canada. Rights taken back by author in 2018.