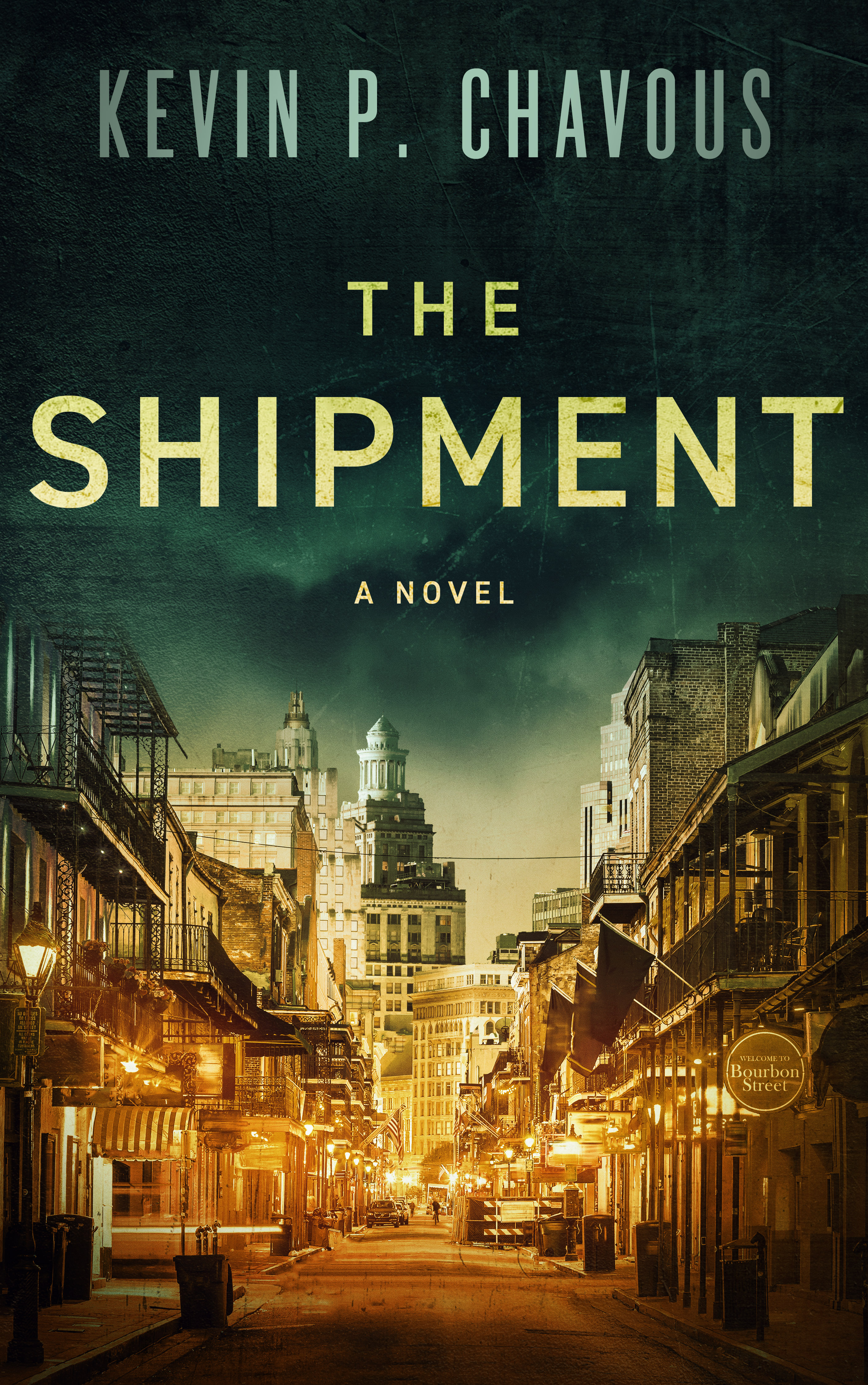 For years, the C.I.A. has been been trying to find out the identity of Mr. X, an American businessman responsible for organizing the largest sex trafficking ring in the world. The Shipment details the ring’s operation, it’s impact on families and how a small team of operatives bring them down.

The story opens in Croatia, where a beautiful girl is brazenly kidnapped from her family by one of the largest sex trafficking rings in the world. One of the leaders is the mysterious Mr. X. Former DC prosecutor, Jackson Lowery and his team are asked by the FBI to work undercover to find Mr. X.


After following leads from Croatia to New Orleans to Miami, Jackson and his team finally discover the identity of Mr. X, save the Croatian girl, Elena, and help break up the most notorious sex trafficking ring in the world.

For years, the C.I.A. has been been trying to find out the identity of Mr. X, an American businessman responsible for organizing the largest sex trafficking ring in the world. Mr. X’s identity has been shielded by a vast network of organized criminals, including the Russian mafia. A breakthrough occurs when an undercover C.I.A. agent learns about Mr. X’s infatuation with Elena, a beautiful Croatian girl brazenly kidnapped from her family. When Mr. X finds out that Elena is set be sold to a Saudi prince, he voids the sale and develops plans to have Elena shipped to him in the states. Knowing that Elena can identify Mr. X, U.S. officials enlist Jackson Lowery and his team for help. They need Team Jackson to extract Elena from Mr. X’s transporters as soon as they enter the United States. The problem is that neither the C.I.A. or F.B.I. are sure where Elena’s kidnappers will enter into the country. With no time to waste, Jackson and his team must find the transporters’ U.S. entry point, rescue Elena and get to Mr. X. The result is a rip-roaring, pressure filled game of chase between Jackson Lowery and those responsible for the most elaborate sex trafficking ring in the world. The mission is clear: In order to stop the growth of one of the most destructive practices known to modern human civilization, Jackson Lowery and his team must prevail.

Kevin P. Chavous is a noted attorney, author, and national education reform leader. Born and raised in Indianapolis, Indiana, Mr. Chavous spent most of his professional career practicing law and engaged in public service in Washington, D.C. As a former member of the Council of the District of Columbia and its education committee chair, Mr. Chavous was at the forefront of promoting change within the District public school system and helped to shepherd the charter school movement and school choice into the nation's capital and around the country. At present, Mr. Chavous serves as President of Academics, Policy & Schools at K-12, Inc., the largest online education provider in the country. A prolific writer and much sought after speaker, Mr. Chavous' opinion editorials have appeared in most major newspapers and he has given speeches on the topic of education in nearly every state. Former Indiana Governor Mitch Daniels calls Mr. Chavous "the most effective advocate for children in America.” Mr. Chavous has published three books of nonfiction: Serving Our Children: Charter Schools and the Reform of American Public Education, Voices of Determination: Children that Defy the Odds, and Building A Learning Culture in America. Mr. Chavous loves reading political thrillers and wrote his first novel, The Plan in 2017. In 2019, he published, The Fund. In those books, he introduced the Jackson Lowery character. The Shipment is book three of the Jackson Lowery trilogy. Jackson Lowery happens to be his great-great-grandfather's name.

Elena lives a quiet life in Croatia when she is spotted by the mafia for her beauty. She is taken to be sold into a sex trafficking ring. FBI agent Jackson Lowery is tasked with finding her and stopping the top sex trafficking ring that has been stealing young people. Elena's unique gift of photographic memory helps them take down Mr. X and reunite Elena with her family.

The story begins following Elena, a rare beauty, who lives on a farm with her parents. She is a true farm girl with some learning disabilities. Her parents have been worried because they know human trafficking occurs and have tried to shelter Elena away. Her daughter is spotted and taken to be sold in sex trafficking. The stakes are very high in this story and it's a topic not touched upon often.

The use of rape and dealing with it could be done better. Kata, Elena's mother, is raped in front of her family as her daughter is being taken into sex slavery. The story proceeds to show how Ivan, Elena's father feels guilty and less of a man because he let it happens as opposed to understanding the trauma Kata is dealing with.

The hook is that the gorgeous Elena is kidnapped and put into a sex trafficking ring. Her father sets out to find her while the FBI begins to close in on the top sex traffickers in the world. I would watch the movie for the action and suspense as well as seeing the underworld of human trafficking.

This could have a large fanbase. The story has many entertaining elements such as action, suspense, crime and drama. Human trafficking is not a often used subject and would be interesting to explore especially in Croatia.

This does not have awards potential as many action films do not. It is a tried and true action thriller with the focus on the action. There is little development with character arcs with the primary focus being the action and plot.

The story is not original. This is a action story with Russian bad guys and an American savior. This story has been seen before. The fact that Elena was able to use her photographic memory to help the FBI stop the sex trafficking is a unique element. She is not just a victim but able to aid in her rescue.

The lead characters do not stand out. Jackson is a capable FBI agent who uses his skill and knowledge to stop the bad guys. He is a typical main character in a male driven action film. There is little emphasis placed on his character development or any other characters. The plot is the main focus.

This is not a rare gem as it follows the typical storytelling for an mafia crime, kidnapping, action story. It does shed light a topic not often explored: the business of sex trafficking.

This is a consider because it is a well written action story. There is a clear cut good vs. evil, a person in need of rescuing and a capable and handsome man to save them. It has all the elements of a dark and entertaining action thriller. There are enough distinctions between other films that would make this entertaining for audiences. It would do better if it had a very distinct element. Taken worked because his daughter was kidnapped and he was a one man killing machine. The same for John Wick. These films are set apart by the characters unique skill set. That idea should be applied to all action films since the market is saturated with them. Overall, a solid story that would be a solid film.