BLOOD OF MY BLOOD 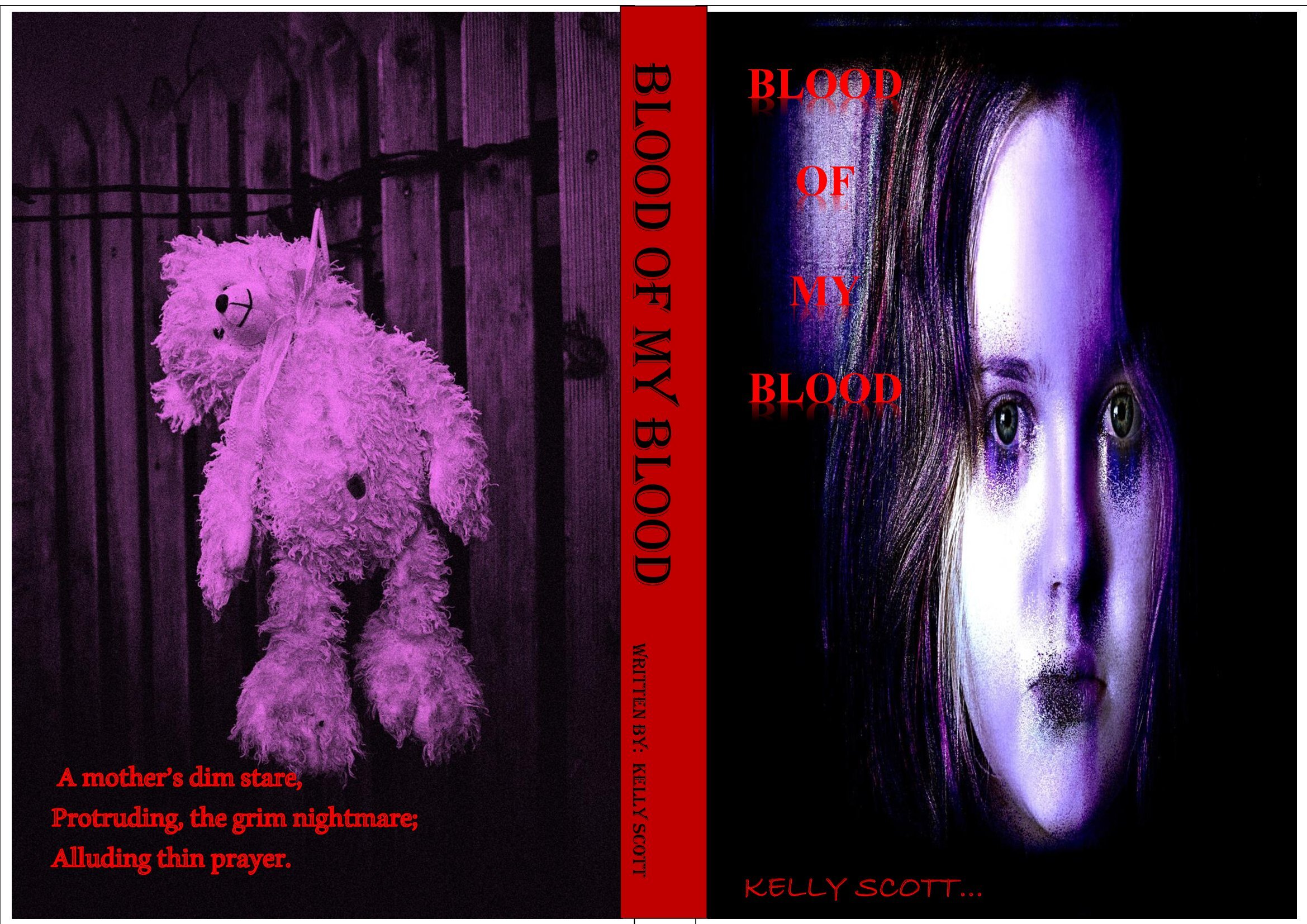 Inspired by actual events, entailing the suspenseful details of a poor, fatherless, household of five, including a begrudging preteen older sister, a pouty little sister, and a seemingly perverted older brother. And an unsuspecting mother struggles with her youngest daughter's questionable suicide.

Tommy (Small boy) translates his every thought; about all the heartache he and his siblings must endure. Occurring; when the mother "Jessie Parks" comes home to her youngest daughter hung by a belt. Clues fall into place and a young mother begins to wonder about her daughter's suspicious suicide.


It's clear that Sabrina got away with murder, it was not a suicide! She killed her baby sister and staged a scene. The reader learns along the way, Among all else, the girl also had her brother jailed by false; and rehearsed tales of assault. In this troubling true tale, the bad guy wins...

A small-town mother wonder's if her daughter is just a 'Lil mischievous or a lot PSYCHOTIC! Actual events, entailing the suspenseful details of a poor, fatherless, household of five, including a begrudging preteen older sister, a pouty little sister, and a seemingly perverted older brother. And an unsuspecting mother struggles with her youngest daughter's questionable suicide. This is a story of monstrous twists and unexpected diverse drama. People love suspense, and America loves violence! That's beyond refute. In Blood of my Blood, the reader will fall in love with the youngest child narrator. And will diversely bond with every other character as well. This would resonate into a producer's mind and wow any director! Perfect script, perfect book, and could be; a perfect movie.

TRUTH is KEY! Dis-regarding a few creative writing and poetry awards, too small to mention. Though very intuitive and intelligent, as a Pisces man, Kelly Scott isn't a professor or a Harvard grad, or anything close; however, this man's life experience, which is why and how he is most capable of birthing brilliantly told tales, reminiscent; of his own deviant propensities, experiences that started when he was; first rescued from a drug-house, at six months old and adopted out to strangers. At fifteen, the priest performed Kelly's "Last rites" before he finally awoke from his coma having, fallen victim to a drunk driver while on a friend's bicycle. Sustaining severe brain trauma, he woke up for the last time and has been with us since. It was a rough beginning for but a child; at twenty-two, he left college due to having seizures during exams. It has almost been a constant uphill battle just to make it through, however; surviving rocky roads is particularly useful, for having marvelous stories. If you have an entertaining life story, chances are, Kelly Scott will top it!

Jessie is a single mother of a very dysfunctional family. Their life is far from ideal and they struggle to get by. The youngest daughter, Khloe, is found hanging from her bedroom ceiling and it is discovered that the oldest son has repeatedly raped his sister. Sabrina, the oldest daughter, testifies against her mother sending her to jail as well as Jon for the rape.

The story begins with the family finding the dead body of Khloe hanging in her room. It begins to develop to questions the audiences will later find the answers to.

The format and dialogue are extremely messy. The story reads more like a script than a book. The paragraphs and dialogue are not formatted correctly and the grammar is not up to par. This makes it very difficult to comprehend the story. There is a lot of story that does not drive the plot forward. The discovery of Khloe's suicide happens much later in the story considering it's the major event.

The hook is that Jessie's young daughter has committed suicide and her suicide note implements her son as her daughter's rapist. There is a mystery to the story but it is very predictable. There is a surprise at the end which reveals the true course of events but it is an afterthought to the main story.

This would have a smaller fanbase. It deals with serious topics such as child abuse, rape, incest and neglect. This would not appeal to a wide audience.

This could have awards potential because it deals with such heavy topics. As is, this story needs a lot of reworking in the first 2 thirds of the book to be digestible.

The story is original because of the horrific events that happen to the young daughter by her brother. As well as the oldest daughter, Sabrina, turning on her mother with a false accusation that sends her to jail.

The lead characters do not stand out. They are part of dysfunctional family and those characters have been seen before. The dialogue and format of the story do nothing to aid in the development of the characters.

This is a unique story because it is based on a true story and has some gruesome details.

It opens showing the family finding Khloe and then jumps to before the events. While the story leading up to the suicide explains the dysfunctional aspects of the family dynamics, it is the majority of the book. The suicide and the trials that follow could be more at the forefront of the book. This would create more suspense to the story.