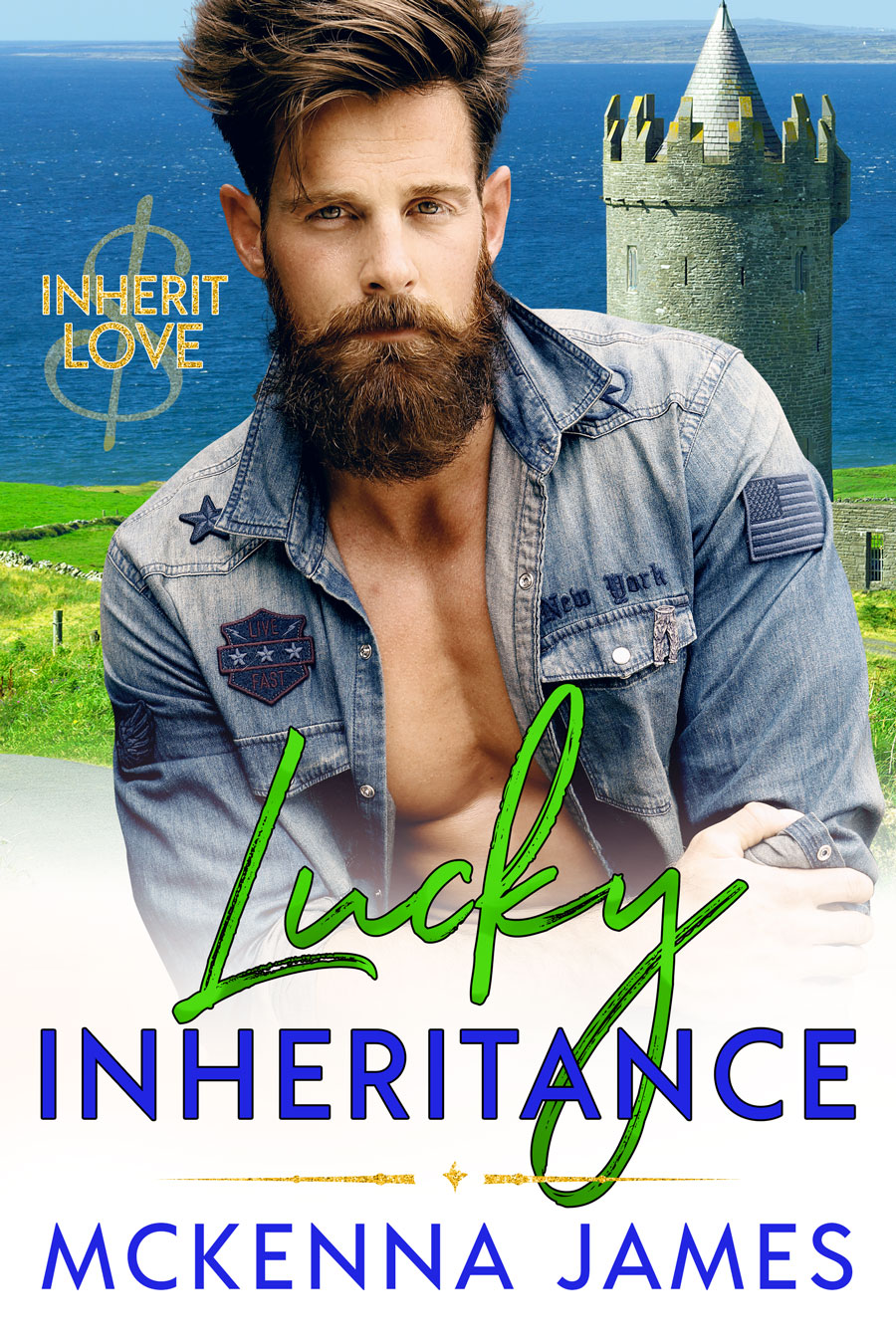 When Clarissa Kelly inherits an Irish castle, the only one thing standing in her way is the incredibly sexy man living there.

Clarissa travels to Ireland to claim the castle she believes she's inherited from her grandfather only to find that the sexy caretaker believes he's the rightful heir. They soon find out that her grandfather is matchmaking from the grave because the only way they both can inherit is if they marry.


Their fake marriage turns into a real romance and they live happily ever after - in their dream castle.

A castle in Ireland

Lucky Inheritance would make an addictive romantic comedy because it speaks to numerous tropes and universal fantasies that romance lovers adore. It transports the audience to an exotic location that makes them feel like they are caught somewhere between the past and the present day. With only a handful of characters it wouldn't need to have a large budget to film. The hero and heroine go from fighting over an inheritance to learning to work together to falling in love amidst sexual tension, mounting chemistry, and interspersed with comedic moments. With a handsome Irish leading man as the hero, female audiences will swoon when the hero and heroine are forced to co-exist in the close proximity of an ancient castle where only a few of the rooms are inhabitable. This romance includes the following delicious tropes: rags to riches, living in a castle, matchmaking, fake marriage that turns to true love, enemies to lovers, and it features a lush, emerald green landscape for a backdrop. Cast a relatable heroine and a hero with a sexy Irish accent for a movie that celebrates finding true love that was written in the stars and transports the audience to a romantic world far removed from their everyday lives.

Mckenna James is the pen name for a collaborative writing duo who share an addiction to sweet tea and a love for hot billionaires. Since they don't know enough devastatingly handsome men with boatloads of cash to spare, they decided to create some. They specialize in fairytales for today's world featuring modern princes and heroines who speak their minds and carve out happily ever afters on their own terms.

Clarissa’s grandfather dies, and she goes to Ireland to his will reading. There she discovers that the castle that belonged to her grandfather can be left to her and Ian, the caretaker who took care of it in the last years of his life, if the two get married. The idea, which at first seems absurd, begins to make sense when they start to fall in love.

From the very first pages, we already know the book’s premise, making us curious to know what the relationship of those two strangers inside the castle will be like.

Despite the couple having a good dynamic, their constant comings and goings feel repetitive. In a moment, they seem to be deeply in love, and at the next moment, they simply start rationally thinking about their feelings. In addition, the fact that Clarissa can’t catch her flight makes the story repetitive as well.

The hook is this couple of strangers living together and marrying to inherit a castle. The hook is very clear from the first pages, which makes the narrative more interesting in the beginning.

Fans of sugary romances with a touch of sensuality can really enjoy the story.

It would need a more complex character arc and narrative development to reach a level for awards, but as a novel, it works well.

MY FAKE FIANCÉ: BECAUSE IN THIS FILM TWO PEOPLE WHO ARE NOT IN LOVE HAVE TO GET MARRIED IN ORDER TO GAIN SOME GOODS.

The original part is that the two need to marry at the will of the deceased grandfather to get the inheritance.

Both work well as a couple, and there’s chemistry between them, which is essential for the story. But Ian seems a little sexist when he says, “I didn’t think you were the pub-going type of woman.” What does he mean by that? She is an independent, adult woman working in the movie industry in New York, so this statement is sexist and doesn’t make any sense. Clarissa is a likable character, but at the same time, we find out that she hasn’t visited her grandfather for NINETEEN YEARS. This shows how much she didn’t care for him and only visited the castle now to claim the inheritance. The two characters could be a little more likable so that we actually root for their happiness.

It’s not a rare gem. As much as it has an original trigger, which is the fact that they are forced to marry in order to gain the inheritance, it is a love story between two strangers like many others we’ve seen before. If the couple were better developed, they might have a chance to appear more authentic.

It is a work in progress because it has a good narrative base with a fun inciting incident and a sensual love story that develops effectively. However, it has points that can still be improved to reach a larger audience and grow as a narrative in a more interesting way.

To consider the story, it should have adequate character development. First, it seems that Clarissa doesn’t feel anything for her grandfather’s death, which makes her a senseless character, which is a negative for this kind of emotion-based story. Second, Ian seems very cold towards Clarissa initially. It’s okay that they both want to be entitled to the inheritance, but the almost icy and formal way in which they treat each other makes us like them both a little less. The growth of passion happens quite quickly for two people who initially seemed to hate each other. A slower, more natural process would perhaps work better. Despite being an amusing trigger, seeing a grandfather forcing his granddaughter to marry a stranger to maintain her inheritance seems unethical and wrong. If they didn’t have this “duty” to get married, but if the grandfather had left the castle to them both, and they were naturally falling in love while taking care of the inheritance, the result would be more pleasant. The part where they get married—which would suffice for the right to the inheritance—but judicially, people still want them to prove that they have consummated the marriage and have a child seems forced and unnecessary. Even more so because they decide to have sex on the next page instead of getting annoyed with this new obligation. If they were already in love and wanted to have a sexual encounter, using this “extra request” from justice to force them to have sex seems unnatural and negative for their relationship.