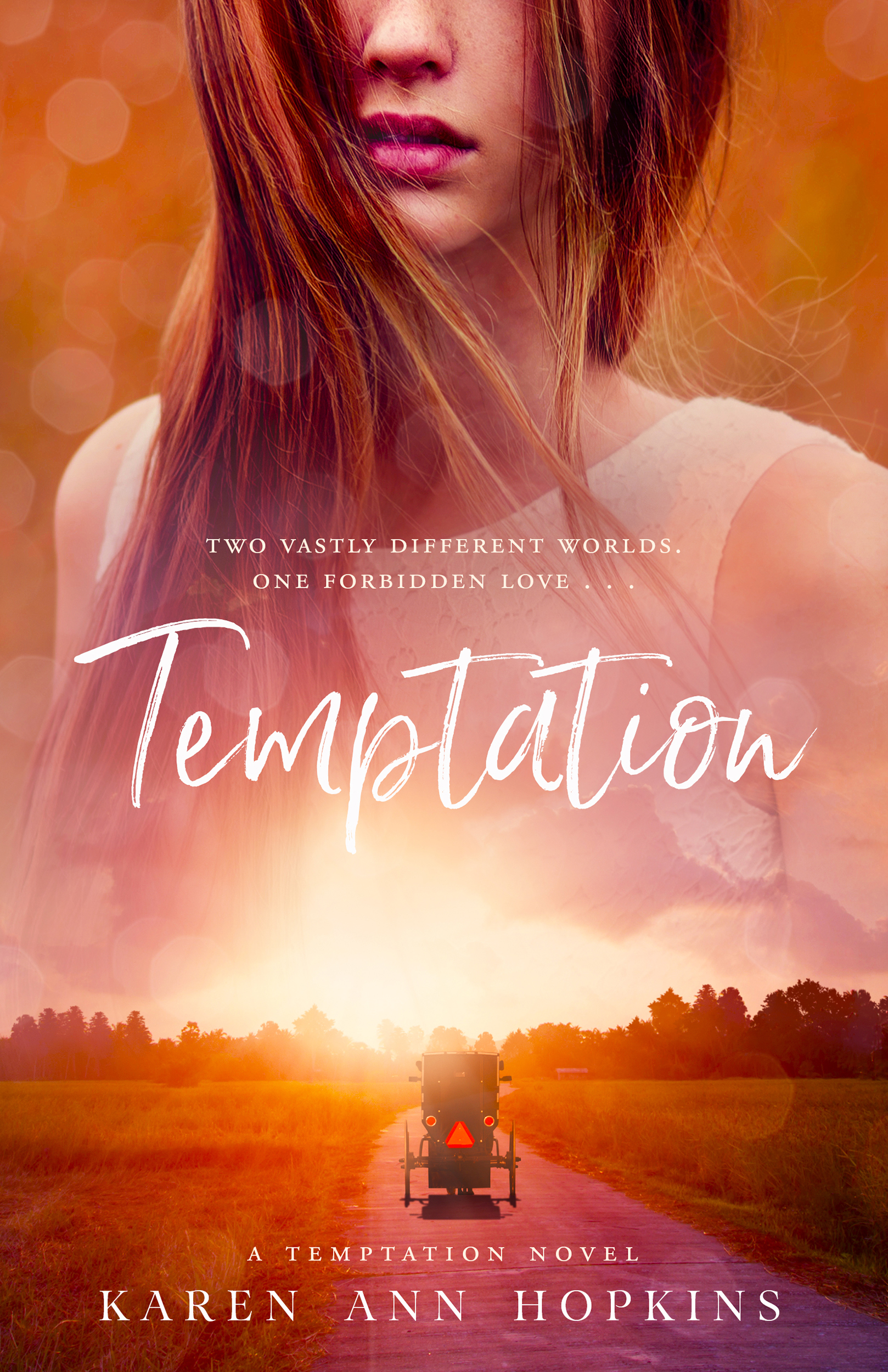 Noah is Amish. Rose isn’t. Is love enough? Temptation is the popular YA forbidden love story about an impossible romance, and a cultural clash in small town America. It’s a beautiful and gritty look at the secretive lives of the Amish people, and the outsiders who are drawn in.

The central characters are Noah Miller, an Amish teenager, and Rose Cameron, a regular girl. A relationship between the two seems highly unlikely. The Amish aren’t welcoming to outsiders, and the budding romance is quickly subverted by their establishment.


Noah and Rose’s chemistry can’t be denied, and as the story unfolds, proceeding through 4 books in the series, not only do Noah and Rose grow up together, they face challenges from both cultures, and a dangerous character quietly follows them through it all with plans to destroy the young lovers.

There’s very little media—TV or film—focusing on the Amish, and yet Amish themed books are huge sellers. Just think about the popular TV show Banshee. The backdrop of an Amish community made the story so much more interesting. Having two of the main characters be people who left the Amish to become wicked criminals was also a highlight, and not because it was fantastical, but because things like that really do happen. The Amish aren’t saints. They’re regular people, who sometimes get drawn into sordid drama and criminal activities. And shows like The Handmaid’s Tale illustrate just how strongly mainstream interest is in alternate cultures and suppressed societies. The really amazing thing about TEMPTATION is that it takes place in the real, current world, and not a fictional dystopian setting. I live among the Amish and this story is based on my experiential knowledge and happenings that I have actually witnessed, giving TEMPTATION an extra dash of realism. This story transcends age and time. Teenagers, straight up through a middle age viewership, will love this thrilling and extremely original drama. This is just the kind of unique content that mainstream viewers are hungry for. There’s romance, suspense, crime, family drama, and love all wrapped up tightly in a binge worthy story line. The four books in the series are: TEMPTATION, BELONGING, FOREVER and DECEPTION

You can visit Karen Ann Hopkins at her website: www.karenannhopkinsfiction.com. Karen Ann Hopkins resides in northern Kentucky with her family on a farm that boasts a menagerie of horses, goats, peacocks, chickens, ducks, rabbits, dogs and cats. Karen's main job is home schooling the kids, but she finds time to give riding lessons, coach a youth equestrian drill team, and of course, write. She was inspired to create her first book, Temptation, by the Amish community she lived in. The experiential knowledge she gained through her interactions with her neighbors drove her to create the story of the star-crossed lovers, Rose and Noah. Karen grew up about a mile from Lake Ontario in Upstate New York. She was bitten by the horse bug at the age of five, and after diligently taking riding lessons for several years, was rewarded with her first horse at the age of eleven. The feisty horse's name was Lady, a Quarter Horse-Thoroughbred cross, who became Karen's steadfast companion. Through the years, the constant force in her life was horses. Eventually, she found her place as a riding instructor herself. Before accepting her fate in the barnyard, she worked a short stint as a paralegal, traveled abroad, and guided tourists on horseback riding tours in the Smoky Mountains of Tennessee. Karen is currently working on her Amish mystery series, Serenity's Plain Secrets, along with the YA paranormal/fantasy series, The Wings of War. Karen's Books: TEMPTATION,BELONGING, FOREVER, DECEPTION: YA Temptation Series, originally published by Harlequin Teen. Currently in development with Wishing Floor Films LAMB TO THE SLAUGHTER, WHISPERS FROM THE DEAD, SECRETS IN THE GRAVE, HIDDEN IN PLAIN SIGHT, PAPER ROSES, EVIL IN MY TOWN, FORBIDDEN WAYS: Adult Amish-themed Mysteries, Serenity's Plain Secrets Series EMBERS, GAIA, TEMPEST, ETERNITY: YA Paranormal/Thriller, Wings of War Series .