Legacy of the Black Dragon 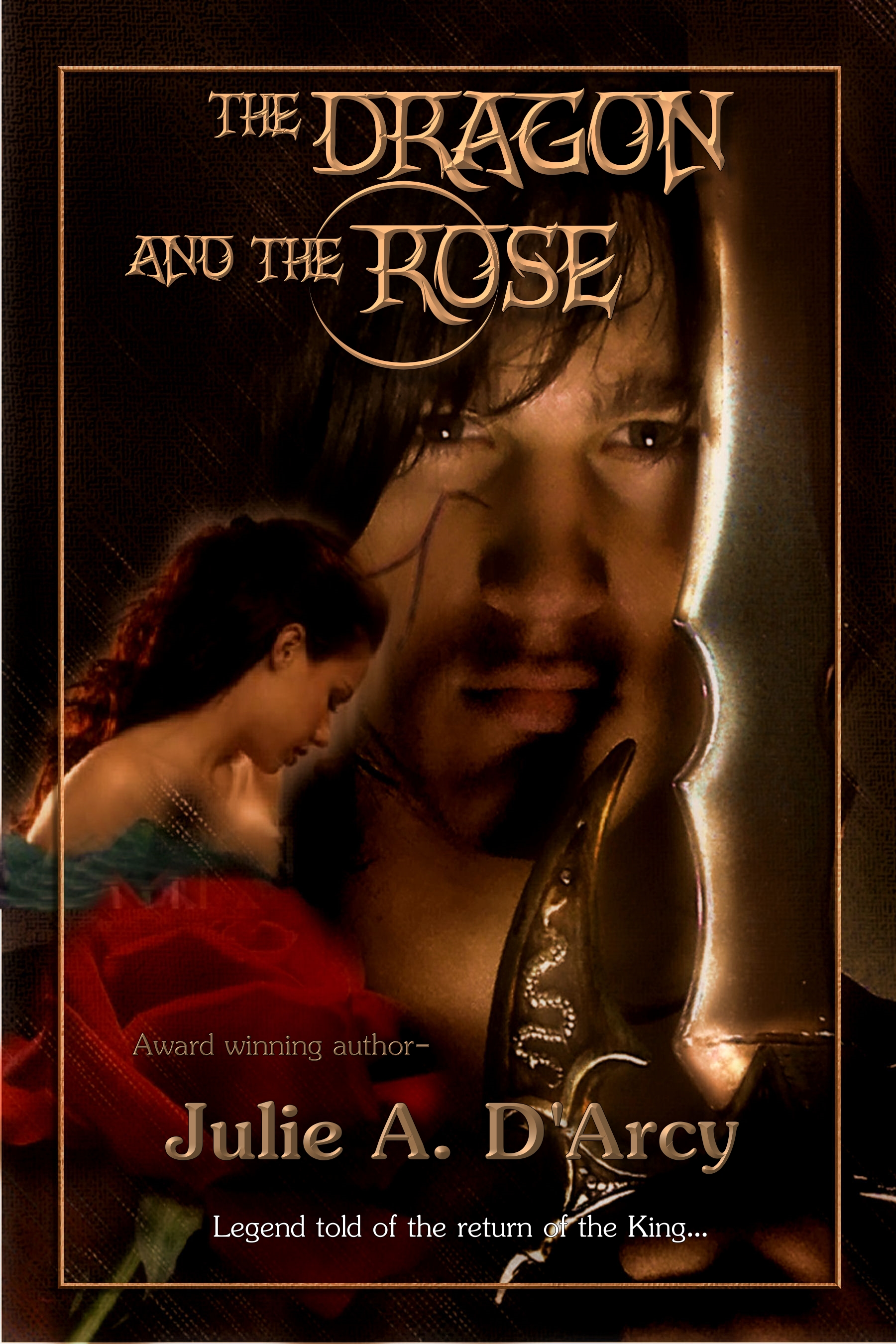 After 800 years, Garrik le Fey is released from the pages of an ancient spellbook. Finding himself a man by night and a dragon by day he seeks a cure. With the help of an elf he must also find the sword that can kill the dark priest and stop him from raising the God of the Hell Pit .

Night. A carpenter is running down a lane. Sweating he rushes to return a page from a spellbook. Terrified he is lost. He looks up. A giant fireball streaks across the sky to land at the street's end. A shadow crosses the moon. A black dragon. The prophecy is true.


Garrik defeated Narokah and takes back his kingdom. He and his wife look out the window at the courtyard. A cry goes up, the draw bridge is lowered. Fireworks erupt. A young boy and a woman cross the bridge. Garrik smiles. His friend Arkron, the greatest sorcerer in the realm has come home.

Legacy of the Black Dragon takes place in a medieval fantasy world. It is a story of good versus evil. Arkron, Garrik le Fey's friend and sorcerer, transforms him to a black dragon for 800 years to guard against the escape of the Red Dragon, Narohka. Narohka wants to sacrifice the last bride to the God of the Hell Pit to see him raised. Through an accident, both dragons are released. Garrik is a dragon by day and a man by night. Meggahn, sees the black dragon's shadow cross the moon and seeks it out in hope to escape marriage to Madrick, the Baron of Gola-dah. Narohka sets fire to Golah-da and Garrik finds Meggahn and what townspeople have escaped the fire and tells Arkron, who has the power to be born over and over and remember what comes before, to take the people to his kingdom in the mountains. Garrik meets Valandril an elf being whipped by Madrik. Madrik massacred his people and took Valandril as a slave. He also raped and murdered Valandril's sister. Garrik helps the elf escape and takes him to his castle. Garrik, Valandril, Meghan and a young girl training to be a Knight of the Stars, Johden, set out on a quest to save Garrik from becoming a dragon forever and to seek the only weapon that can kill Narohka, a magic sword, from an ancient Elven city. Arkron is sent on his own quest to seek the Orb of de Dannan which is also instrumental in banishing Narohka. This is a tale of adventure, action, romance, magic, and legend.

My first two novels were published in 1999 and 2001 by Imajinn Books and Shortlisted in several significant awards, including the PEARL and Sapphire, with “Time of the Wolf” winning the 1999 RIO (Reviewers International, Dorothy Parker Award)in the Fantasy category for Women’s Fiction. Both books were also runners up in the prestigious Australian, RUBY* Award run by the Australian RWA. I began writing seriously in 1992, and am the author of a series of Fantasy Romance novels (The Tarlisian Sagas,) which I hope to soon be republished by The Wild Rose Press. I am the author of 8 full-length novels, and 3 novellas and ventured into the M/M short story romance market. I write in such genres as Fantasy Romance, Vampire Romance, Ghost Romance, Time-travel, and Urban Fantasy with all books crossing many genres, such as historical, witchcraft, reincarnation, mystery, and romance. All of my books are very much plot-driven, with most reviews scoring no less than 4 or 5 out of 5/ 5 stars and several BEST READ Awards.

Publisher: This book is currently without a home due to my last 2 publishers closing their doors.