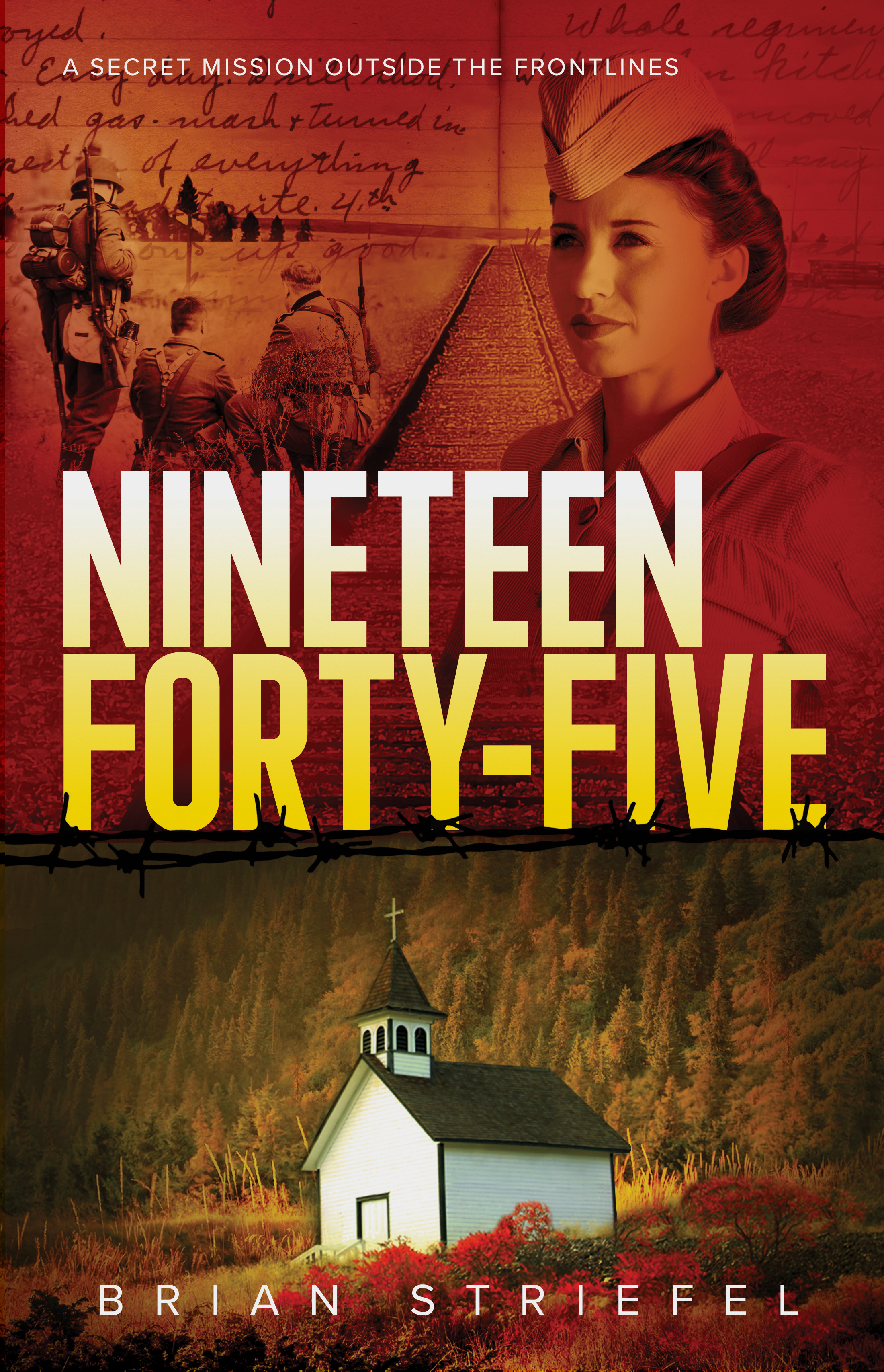 Barbed wire and distant AM radio—Montana hid my secrets for fifty years. A reporter arrived in a beat-up Impala. Her assignment, WWII Homecoming Memories, had uncovered a lead about several dead men last seen with a red-headed nurse. I could have lied, but she reminded me of myself at that age.

Nurse Abby helps an injured WWII soldier in Montana recover from a coma, and return to his war-changing OSS mission in Stalag-VII. An enlightening stop in Minot, ND gives her the confidence she will need to handle the atrocities she will be subjected to.


After a year of serving Josef Mengele in Auschwitz, Abby will do anything Colonel Adler says to save her soldier and his twin–even if it means treason. The story twists and turns many times as everyone travels back to Montana for an unexpected ending.

Rusty barbed wire and distant AM radio—Montana hid my secrets for fifty years. Then a young reporter arrived in a beat-up Impala. Her assignment, WWII Homecoming Memories, had uncovered a puzzling lead about several dead men last seen with a red-headed nurse. I could have lied, but she reminded me of myself at that age so I rolled a cigarette and told her all of it. She spilled coffee on my table. Her research started in New York. In choosing soldiers to profile, she included her hometown and discovered her great uncle, reported MIA in 1944, bought a train ticket to Browning, Montana, three months after they buried his empty casket. Impossible, yet on two consecutive pages, she counted 14 tickets to Browning—a village on the Blackfeet Reservation. The National Archives showed that 13 of those men shared the same distinct status: Missing in Action. I know where those passengers are. Southwest of Browning, where the plains run into the Rockies, stands a church. Once it represented everything good in our country, a tiny church built in 1913 by a young man for his wedding. Only four people attended the bride’s funeral in 1918. Her twin babies slept through the service. Eight months earlier her husband marched into World War I and he never returned. My story starts and ends at that little church, but in between, the darkest hours of mankind churned through Europe. As bad as it ended, I wondered if the Lord forgives murder. As it turns out, sometimes yes, sometimes definitely no.

BRIAN STRIEFEL is a demanding reader and author, especially incensed by lousy endings. His character-driven thrill rides hold your attention long after the end. Each story seamlessly blends into real events, sometimes literary in message yet wildly original in direction. Brian once spent time scientificating coal. Along with his wife Anita, he now travels, golfs poorly when the fish aren’t biting, and often chases a mule deer named Thelma from an untended garden.

A nurse accompanies a former patient, soldier and love interest to Europe during WW2. She ends up forced to help Nazi doctor Josef Mengele in conducting atrocious human researches. At the end, she manages to escape with her love interest, his brother and Mengele to America, where she unknowingly kills the German, avenging the ones he tortured for so long.

It doesn't. The logline and the development pitch refer to a journalist, that would show up in Montana many decades later to uncover the main story, but she actually never appears in the book.

The mystery surrounding John Meyer's past and mission.

Some passages are too exaggerated to be credible, even for a fictional book.

Intertwining the story of legendarily cruel Nazi doctor Josef Mengele with those of the fictional characters of the book.

Eventually yes, because historical narratives tend to attract an audience, especially when led by the drama of a few fictional characters.

Maybe, but with some alterations to the narrative and its pace, a good director and a set of great actor for the main roles.

THE GERMAN DOCTOR - A FILM ABOUT THE STORY OF AN ARGENTINIAN FAMILY WHO LIVED WITH MENGELE WITHOUT KNOWING HIS IDENTITY. PEARL HARBOR - A MOVIE CENTERED ON THREE MAIN FICTIONAL CHARACTERS, WHOSE LIVES ARE CAUGHT UP ON THE REAL EVENT OF THE ATTACK TO PEARL HARBOR IN 1941.

The idea of changing Mengele's story to a more satisfying, avenging finale. It would benefit, however, from an even deeper dive into the horrific man's psyche.

Nurse Abby is honorable and does everything she can for her friends and the ones she loves. However, she endures a terrible transformation after having to help a maniac conduct the cruelest experiences. In the end, she might have lost her innocence, but she manages to keep her essence.

Not really. The book is well-written and has some good ideas, but the pace could still be improved and there should be more development to the characters.

The story is well-thought and original, and it successfully develops its main characters' arcs among the difficulties of World War 2. The author has a good writing style and, overall, the book is solid. The choice of telling the chapters through different points of view actually works and allows us to have a glimpse of the characters' minds, which helps us understand them better. However, for a screen adaptation, some changes would be required. While some of the characters are impressively complex (Colonel Alder, for instance), there is a disappointing lack of depth to Mengele himself, who might be one of the most interesting characters for the audience. Also, the narrative's pace feels a little off sometimes, eventually elongating too much less important events and failing to imprint the necessary impact on the main moments of the story. To fix these issues, the adaptation would have to revise the story's structure and possibly think of creating a deeper, more complex portrait of Josef Mengele, who is remembered nowadays as one of the cruelest figures of the 20th century.