All The Missing Pieces 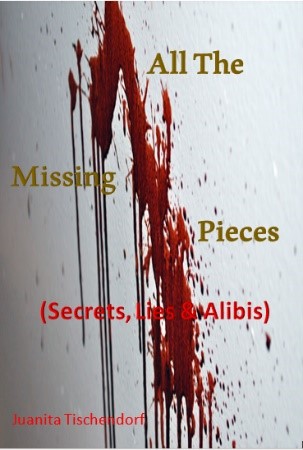 Katrina Engelman-Fischer was murdered or did she just disappear. The Engelman's, a rich and powerful family resided in a mansion in Upstate New York. Once married to Philip Fischer, Katrina found herself in a small town in Tennessee without the wealth of her birthright.

Posing as a Journalist, Detective Edward Conlon gains entry into the Coral Ridge, NY mansion on the hill, owned by the Engelman family. His interest is in the strange comings and goings of mystery visitors that has him believing there is something being hid on the third floor of the mansion. While

Katrina Engelman-Fischer was murdered, or did she just disappear. The Engelman's, a rich and powerful family reside in a mansion in Upstate New York. Once married to Philip Fischer, Katrina found herself in a small town in Tennessee without the wealth of her birthright. After the death of their parents, Kirtland, the brother of Katrina, took over the powerful position in the Engelman household and became heir to the mansion on the hill and the head of the Engelman businesses. As the Fischer grandparents could not afford to provide for them, it would be Kirtland Engelman who would be contacted to take in the Fischer children after Katrina’s disappearance and the death of her husband Philip. From a cradle of love into a cold, unfeeling environment, Tyler, and Alyssa where transported to live with their Aunt and Uncle Engelman, whom they had never met. In this household lives the son of the Engelmans; a spoiled monster by the name of Barstow whose one purpose in life is to make the life of his cousins miserable. Barstow does everything in his power to discredit his cousins and manages to make them feel inferior to him. But as the saying goes, “People in glass houses…” There are many skeletons that will come out of the closet and murders that will need to be solved. Barstow and Tyler continue their dispute well beyond their teenage years leading many to wonder if Tyler is behind Barstow’s disappearance.

Juanita Tischendorf lives with her husband in the suburb of Irondequoit in Rochester New York. Juanita has written several works of nonfiction that include “Who Says I’m Small”(Reprinted as “Over My Head”), “The Madman, The Marathoner”, “Til Death Do Us Part?” (Reprinted as “Don’t Look Back”), “An UnFair Advantage (A Murder In Oklahoma)” and “The Selfie, (Adolescent/Teen Girl Self Development)”. She released her first fiction book “Body of Evidence” in 2016, followed by “Playground In My Mind” in 2017, “Love Will Find A Way” in 2018 and All The Missing Pieces in 2019. Juanita completed a writing course at the University of Washington, has taken James Paterson Masterclasses and one with Martin Scorsese. Juanita is a member of the Writers Guild of America and is listed in the 1991 edition of “2000 Notable American Women”.

Set in a town near Lake Ontario in New York, near the suburb of Irondequoit