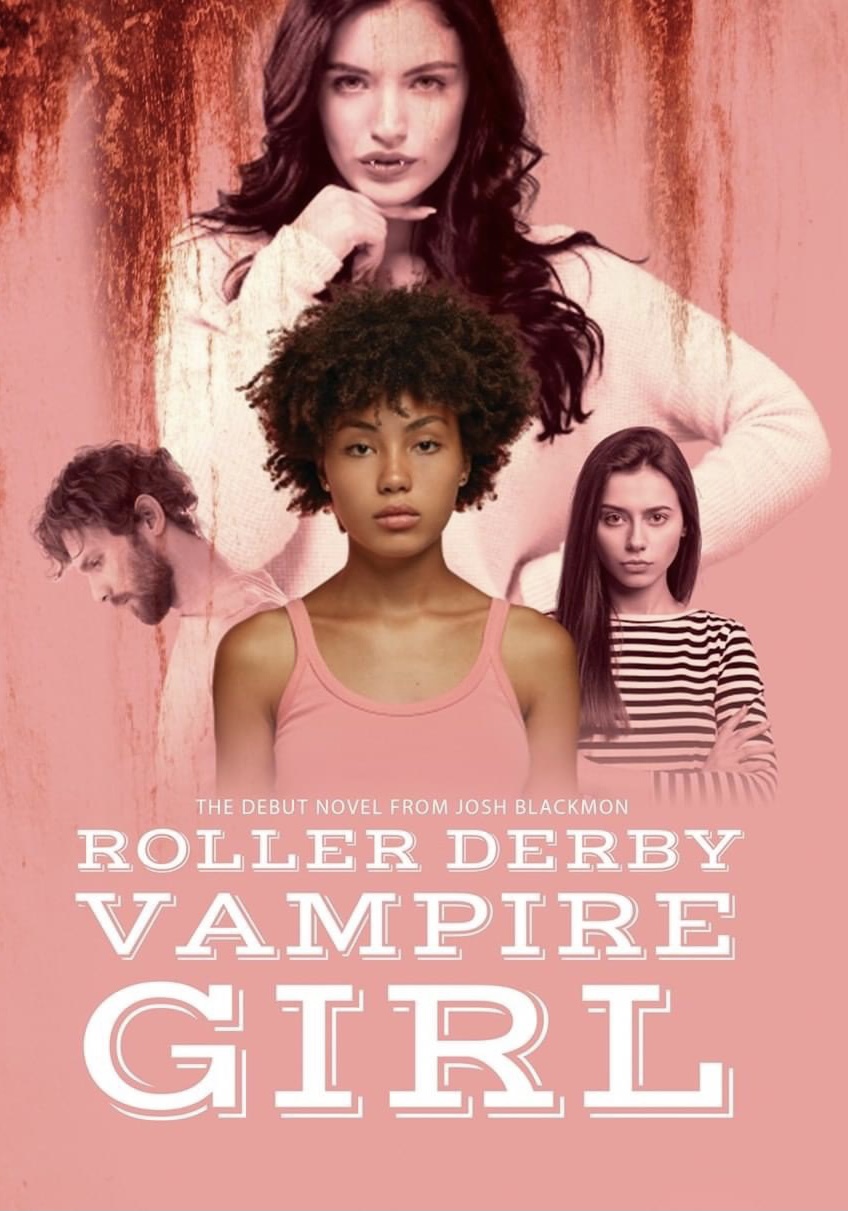 When roller derby girls Regina and Veronica learn their teammate has vanished, they discover she has become the unwilling trophy in an underground roller derby tournament of teams filled with vampires. The girls must enter the competition to save their friends, themselves, and possibly humanity.

Amid a nasty breakup, Regina, a derby girl, and her friend Veronica discover their teammate has been kidnapped by a roller derby team filled with bloodthirsty vampires.


With her team rallying behind her, Regina leads them in an epic battle on skates with life and death stakes against the group of vampires to save their friend and themselves.

When roller derby girls Regina and Veronica learn their teammate has vanished, they stumble onto something more sinister than they could have imagined. The pair discover their friend has become the unwilling trophy in an underground roller derby tournament. The catch? The teams aren't filled with your ordinary derby girls. They are vampires. Terrified, Regina turns to the last person on earth she wants anything to do with—her “off again” boyfriend, Grayson, a good-hearted man child who has recently caught the eye of the vampires' queen bee. Regina and Veronica and their roller derby team enter the competition to save their friends, themselves, and possibly humanity. Roller Derby Vampire Girl is unpredictable and fun, a fresh and nostalgic mix of the best of cult classic horror movies with real stakes and engaging characters. A fierce female-led standout combining the spirit of “Buffy the Vampire Slayer” and “Whip It” for a wholly unique vampire, genre-bending experience.

Josh Blackmon began his writing career in newspapers and magazines, with his writing featured in regional and national publications. He currently works at a marketing company in north Florida, where he lives with his wife and daughter. Josh has a passion for writing and the paranormal.

A group of vampire females invades a small town. After they kidnap Regina's friend and teammate, she and her friends enter a deadly roller derby competition aiming to save her and also their own lives.

The premise, which develops a typical hungry vampire story in a different and even fun situation.

It didn't exactly made me want to put the book down, but the book could have used more humor, considering the absurdity of the premise.

Simply the premise, a deadly roller derby tournament against a gang of famished vampires. Nostalgia and horror elements intertwined.

It certainly could, especially among horror and comedy enthusiasts, if the adaptation invests further on the absurdity of the premise.

Maybe not the most recognized Awards out there, since the story is absurd and doesn't even try to take itself too seriously.

SCOUTS GUIDE TO THE ZOMBIE APOCALYPSE - A FILM THAT IS VERY SIMILAR TO THIS ONE IN SPIRIT, PUTTING A BUNCH OF OLDER SCOUTS TO FIGHT AGAINST A HOARD OF ZOMBIES. THE DIFFERENCE IS THAT THIS ONE IS AN ALL-OUT COMEDY RATHER THAN A HORROR FLICK. LESBIAN VAMPIRE KILLERS - THE TITLE MIGHT SAY IT ALL, ANOTHER ABSURD IDEA TURNED INTO A VAMPIRE-HUNTING MOVIE.

The premise, intertwining a nostalgic roller derby rink with a vampire menace. To become even more unique, it could have further balanced the comedy with the horror and dramatic elements.

Not exactly a rare gem. The development is still too traditional and predictable to match the absurdity of the premise.

Especially because the premise, the main idea behind the story, is very promising and could be adapted into a really fun movie, that could attract attention especially from a younger audience. Another interesting factor is that the author doesn’t concede to commonplace and, instead of making his characters teenagers, builds them as young adults, some of them close to 30 years old, an interesting and usually unexplored age for this kind of narrative. Other than that, he also writes in an effective manner, succeeding to play with the reader’s expectations and retain his attention for most of the time. However, there are also some issues that could become a source of concern in an adaptation. Some of the characters, as well as the situation in general, deserve better development, one that would make us feel like we really know this place and these people. As it is now, even though there certainly is some character development, it’s still a bit hard to connect to their pains and struggles. Furthermore, there is a clear lack of comic elements, which would be something expected from a common horror narrative, but that sounds somewhat strange in a story with this weird premise. It doesn’t mean it should become an all-out comedy, but sometimes it feels like the fun potential of the narrative could be better explored. Also, the end is clearly open for sequels, with hints of a future franchise, but there is no actual hook for a next installment, which would be pretty great in order to enhance expectations. In a general manner, however, the narrative does have potential for a good and fun adaptation, that could be wildly successful with a more light-minded public.