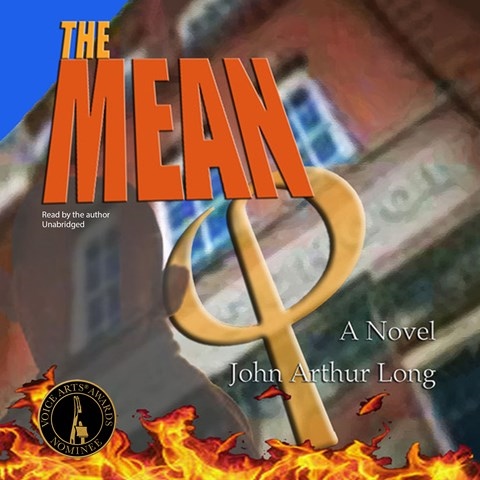 Told with elements of heart-rending pathos, tension, and scenes of disarming humor, THE MEAN is a riveting novel of school days that looks at the nature of learning, the best and worst in education, the drama of human relationships, and the threat of violence that has become a part of our lives.

With a supply of Sarin nerve gas as well as explosives and automatic weapons, members of a radical group who believe they have been betrayed by a high level Middle East negotiator decide to seek revenge by attacking a Long Island high school attended by the negotiator’s daughters.


And it is the midst of all these school days filled with disarming humor and dramatic conflict that Assistant Principle Brian Scarlucci is suddenly confronted by an unimaginable horror as the terrorists arrive, capable of bringing death to all those in Central High on the meanest day of all.

It is against the horrific shadow of an approaching attack by terrorists, that THE MEAN reveals the inner conflicts of Central High School through the humorous, sometimes sardonic viewpoint of the school’s Assistant Principal Brian Scarlucci as he deals with daily school issues like an angry student leaving fecal deposits and a mafia captain who tries to pay Scarlucci a huge amount of cash to make up for crime figure son’s bad school behavior. Scarlucci must also come to the defense of his best friend, a black English teacher named Ken Valentine, who is being brought to task for teaching meditation in his classroom while students listen to a recorded soundtrack of Sacred Tibetan Gongs on iPads because Valentine believes the tones can open their minds to the true learning of The Golden Mean. Unfortunately, before discipline can be taken, one of Mr. Valentine’s female students commits suicide while listening to the meditation tape and Scarlucci must summon all his skills to defend Valentine against what he knows are false charges. It is the midst of all these school days filled with disarming humor and dramatic conflict that Assistant Principle Brian Scarlucci is suddenly confronted by an unimaginable horror as the terrorists arrive, capable of bringing death to all those in Central High on the meanest day of all. “I couldn't put this book down! In a time where there seems to be tragic loss and social crisis I found this book full of hope!" *****5 Star Amazon Review

While spending a full, rewarding career teaching English, Creative Writing, and assorted Drama courses on the high school level in public education, Mr. Long has also pursued a professional writing career that has resulted in several successfully published novels. His first novel, The Sign of the Guardian was published in two separate editions and optioned twice for motion picture production for which Mr. Long co-authored the screenplay. Eve Of Regression, Long’s second novel about the search for the grave of the first woman in an African safari adventure, has been translated into several different languages, distributed worldwide as a bestseller and was recently re-issued as a Kindle book titled The Gates of Eden. Mr. Long also authored The Harvard Man, a hard-hitting crime novel about a rejected applicant who becomes obsessed with destroying the esteemed Ivy League university. The Mean, a recent contemporary novel by Mr. Long looks at the nature of true learning, the drama of human relationships, and the threat of violence that has recently become such an integral part of our lives. Mr. Long also performed as the narrator for the audiobook edition of The Mean. John Arthur Long has also been active as both a writer and a director in theater for his entire professional career recently received a Best Director nomination for the Chain Theatre’s Off-Broadway revival production of Wait Until Dark. Long is the co-author of a children’s book, The Tooth Fairy Legend, a perennial seller which was based on his original family theatrical musical for which he co-wrote the book and music with Chet Meyer and that Liz Smith called “delicious,” in her column about its New York premiere, which Long also directed. Mr. Long also served as narrator for the audiobook edition of The Tooth Fairy Legend. Mr. Long’s most recent theatrical creation, for which he co-authored both the book and music with Theodore Kastrinos, is Dragula The Musical, a tale with the message of tolerance for all that incorporates music, humor and sensitive dramatic scenes to look at the world of a musical entertainer who performs as a transvestite named Dragula, and has made the decision to transition to become the woman he was meant to be in life. Mr. Long authored the project’s book edition, DRAGULA: A Transgender Tale as well as narrating the audiobook edition released and distributed by Blackstone Audio.

Brian is the Assistant Principal at Central High School. He deals with various incidents such as an health emergency, sex scandal and threats from a mobster. His personal life is in disarray with the death of his disabled wife and arrest of his closest friend. To top it all off, there is a terrorist attack on the school.

The book does reflect the idea of the book but doesn't explain the plot well. It is more an everyday account of some of the shenanigans that can happen in an assistant principals life with a high paced, terrorist attack added at the end.

The story begins with an account of some individuals planning an attack. They are targeting an American school because a traitor to their organizations' children attend the school. They plan on killing them as a way to punish him. It pulls the audience into the plot from the beginning.

The book rambles throughout, showing various points in Brian's life as an Assistant principal. It also shows his personal life with a disabled, dying wife. It becomes mundane as the story progresses. The plot of the attack on the school is hinted at throughout in the form of glances. It takes a back burner to the main story and them erupts and causes chaos for the characters at the very end. The planned attack is almost completely detached from the story until it is forced upon the audience. It barely connects to the story besides the targets of the attack attending the school.

The hook is that a foreign criminal organization has plans to kill the daughters of a traitor who live in America. I would watch this movie for the action at the end.

This will not have a large fan base because there are few elements in the story to keep the audience interested. The school setting has some entertaining moments but it goes on for too long. The violent attack on the school could be triggering for many as well.

I do not see this having awards potential without a major overhaul. It could if the attack on the school was brought to the forefront and handled with care. It is an important topic with the amount of school shootings that occurred in the last 10 years.

The story is not original. It incorporates a lot of known school tropes and then adds a violent attack to finish it off. A focus on the terrorist organization and there attack intertwined with the daughters who are the target of the attack. There needs to be more of a connection between the two storylines.

The lead character is a normal guy who finds himself as an Assistant Principal. There is nothing that stands out about him.

This is an average story that needs work. The two storylines need to collide earlier. The daughters who are targets should be main characters. The other alternative is to cut the entire violent shooting out and make it a quirky, school dramedy, playing up Brian and his various, daily encounters with the staff and students,

The story needs to find its purpose. What is it trying to portray? What is the message? The book profile explains this but it is not translated cohesively in the book. Gun violence in school should be given the respect it deserves and it doesn't while playing up racist themes such as Middle Eastern terrorist.