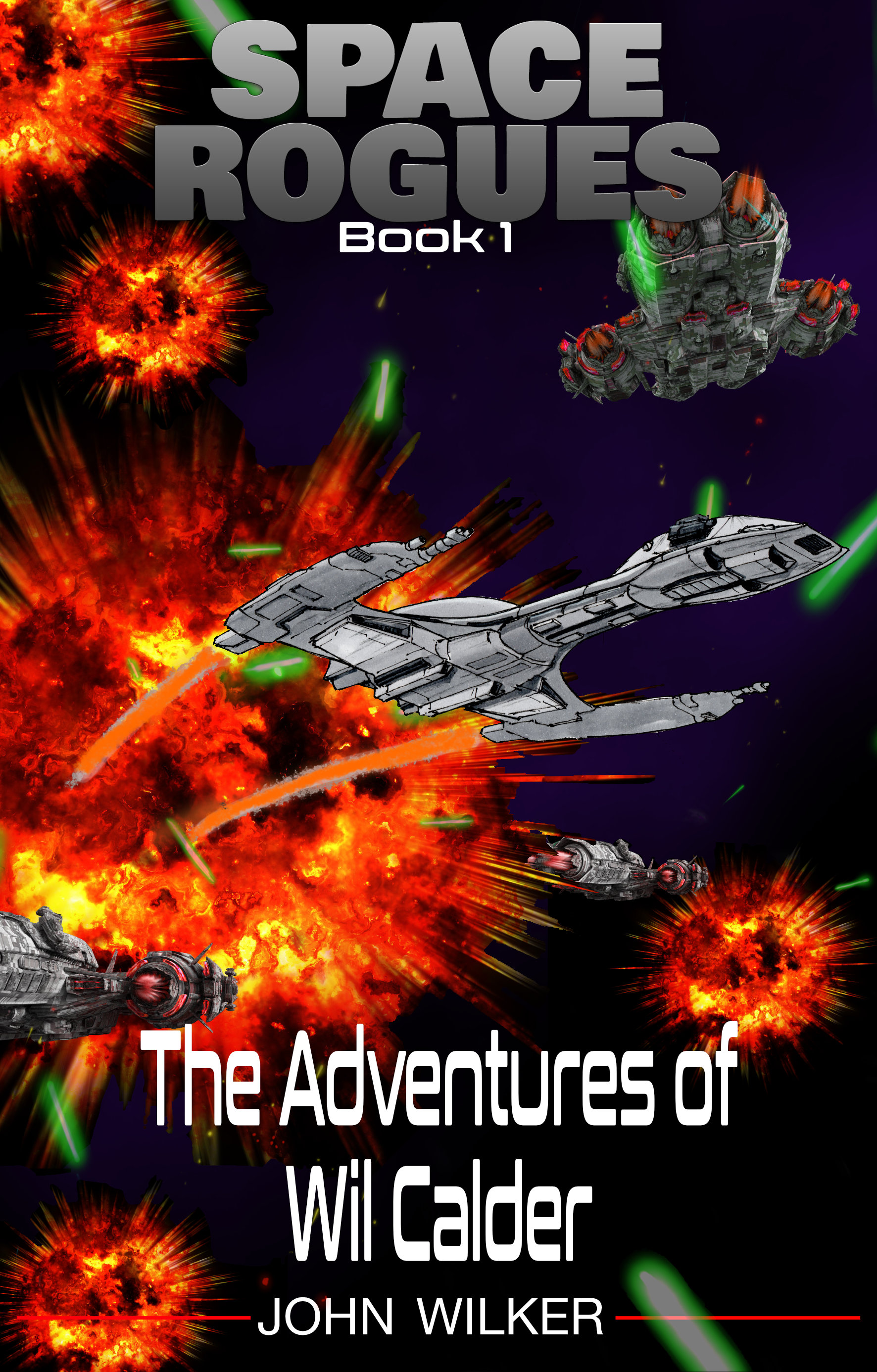 After years alone in space Wil finds a crew, now they have to unravel and expose a galaxy-spanning conspiracy.

Wil is lonely and looking for a crew so he springs two falsely accused Peacekeepers from a prison transport. He’s been alone on the Ghost for a year or two and is feeling the solitude more and more. Little does he know, his two new crewmembers have more baggage than he does.


Wil and his haphazardly assembled crew reveal the conspiracy making themselves targets for the conspirators, who happen to have one of the most advanced fleets in the galaxy. Factions that had been fighting each other now turn on the culprits while attempting to protect the Ghost (Wil’s ship).

The Space Rogues series features a cast of characters that are diverse and engaging. It’s packed with fast paced action with a healthy dose of funny. With the popularity of Guardians of the Galaxy and TV shows like Killjoys on syfy it’s clear that fans enjoy laughing while laser blasts fly and space ships battle. There’s a dirth of what I call fun and fast scifi out there on screens right now and readers have compared the Space Rogues series to a mix of Guardians of the Galaxy and Buck Rogers. One reader said it is “More fun than Star Wars, less earnest than Star Trek” which really does capture the Space Rogues series. The story is one of finding family and friendship in the face of isolation. The main character, Wil, starts out less than likable, having had no one but his sort of employer, a crime boss, to talk to for years. He’s a bit of a drunk, talks to make believe characters, and is fighting some mild depression. As the crew forms and begins to come together he softens realizing the thing he needed, he’s finally found. Each book is written to be a single episode, essentially. No cliffhangers, no looming threats from one book to the next, just a tightly told action adventure story, that wraps up nicely.

The first story I ever wrote was a harrowing tale of beloved comic strip favorite, Ziggy, saving the Seattle Space Needle and by extension the world, from alien domination. I was about 11, copyright wasn't a thing I knew about back then. Since then storytelling has always worked its way into my life and my work. I've always loved underdog stories, the ragtag crew just trying to get by in a ship that isn't shiny or new. Space Rogues was born from that love. I live in Denver, with my awesome wife, Nicole, and our two dogs, Paco and Winston. I love Denver, except shoveling snow, and love being outdoors whenever I can, especially if it's a rooftop patio, and there's beer :)