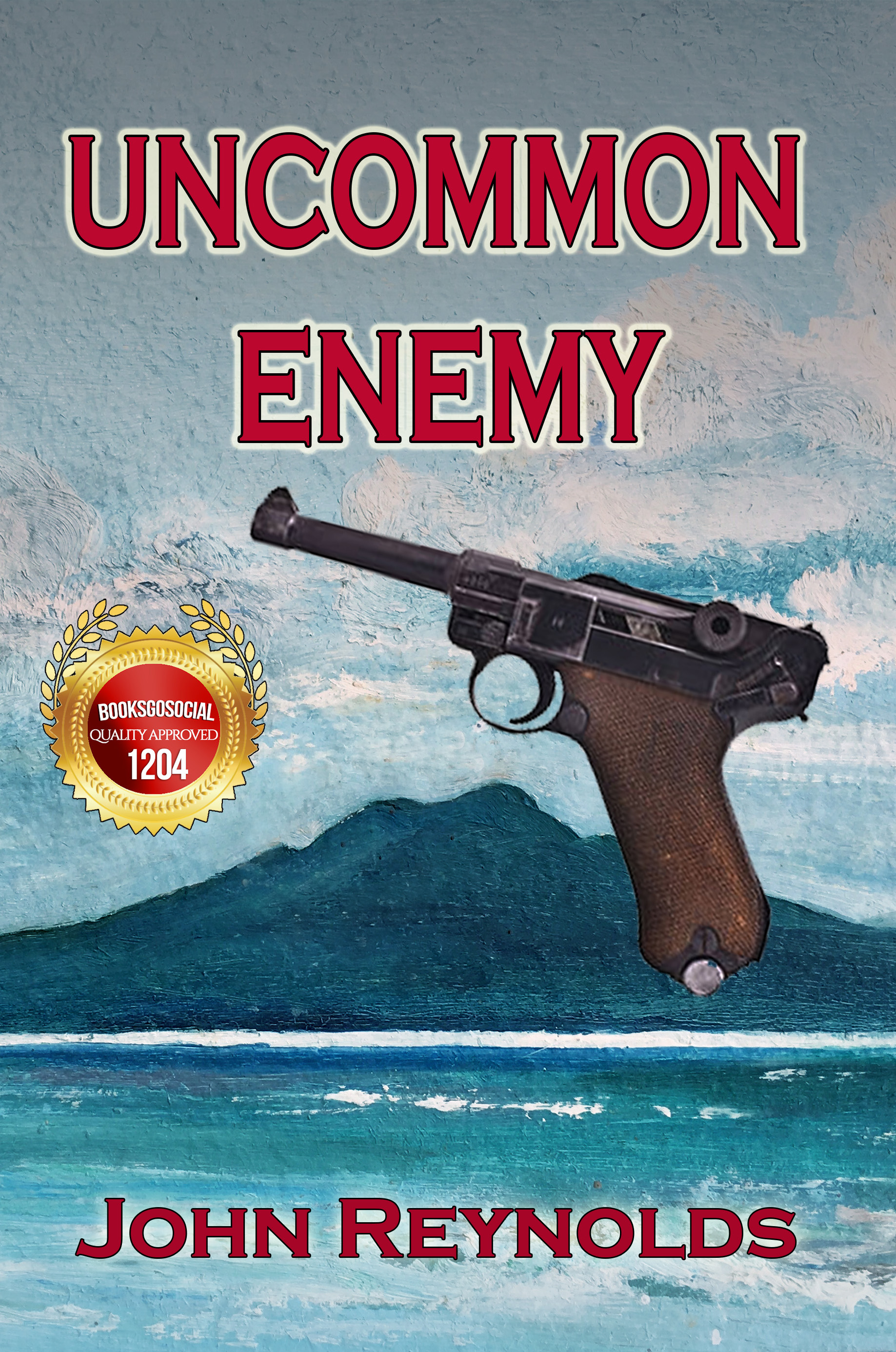 Hamish Beavis and Stuart Johnson are rivals for beautiful Carol Peterson. Their country is under occupation - Hamish has joins the Nazis, Stuart and Carol the guerilla resistance. Hamish's forces overpower the guerilla HQ and he captures Carol. She escapes and is reunited with Stuart.

Germany wins WWII and New Zealand is occupied. Hamish Beavis, in love with beautiful Carol Peterson, joins the Nazis, intending to use his power to eliminate his rival Stuart Johnson, who joins a guerilla Resistance group.. The scene is set for a story of action, power, love and betrayl.


Hamish's forces overpower the Resistance and many are killed. Carol is wounded and Hamish triumphantly reclaims her. But his soldiers turn against him and help Carol escape. She believes Stuart is dead. However he has survived. Despite the efforts of a German double agent the pair are reunited.

This alternative history story in which the Nazis win WWII and occupy democratic New Zealand will appeal to audiences at a range of levels. Two men, Stuart a brave resistance fighter and Hamish, a villianous collaborator, vie for the love of Carol a beautiful girl who carries a dark secret. The result is an ongoing conflict of loyalties and betrayl set against a backdrop of a battle for freedom against an increasingly repressive occupation regime, whose initially benign attitudes harden as the resistance by individual characters increases. Audiences will identify closely with the social, policitical and cultural conflics and the finely drawn range of characters, who react in a variety of ways. They will also be caught up in the confrontations and action sequences as the resistance seeks to overturn the occupiers. Love in the time of war - a successful film formula but with an intriuging historical twist that is absorbing, entertaining and thought provoking.

John Reynolds is a New Zealand writer who has written the story and lyrics for a number of successful rock musicals, (including Robyn Hood Outlaw Princess, Starblaze, Valley of the Voodons, and Windust) a youth novel titled Robyn Hood Outlaw Princess (based on his musical) a book for aspiring writers titled Writing Your First Novel, an alternative World War II novel titled Uncommon Enemy, and several textbooks. Uncommon Enemy has received excellent reviews both in New Zealand and other countries. It is currently being produced as an audiobook. He is a qualified teacher, has an MA from San Jose State University, California, and a PhD from the University of Auckland. He has been a teacher/lecturer in New Zealand, Australia, UK, Canada, the USA and Zimbabwe. His experience also includes radio broadcasting, TV and screenplay writing, public speaking and debating. He lives in Torbay, Auckland has three sons and four granddaughters. He is able to provide an entertaining talk about his background and the experiences that informed his writing and will play and read extracts from his songs and his books. For further details contact John at jbess@xtra.co.nz website: drjohnreynolds.wixsite.com/dr-john-reynolds