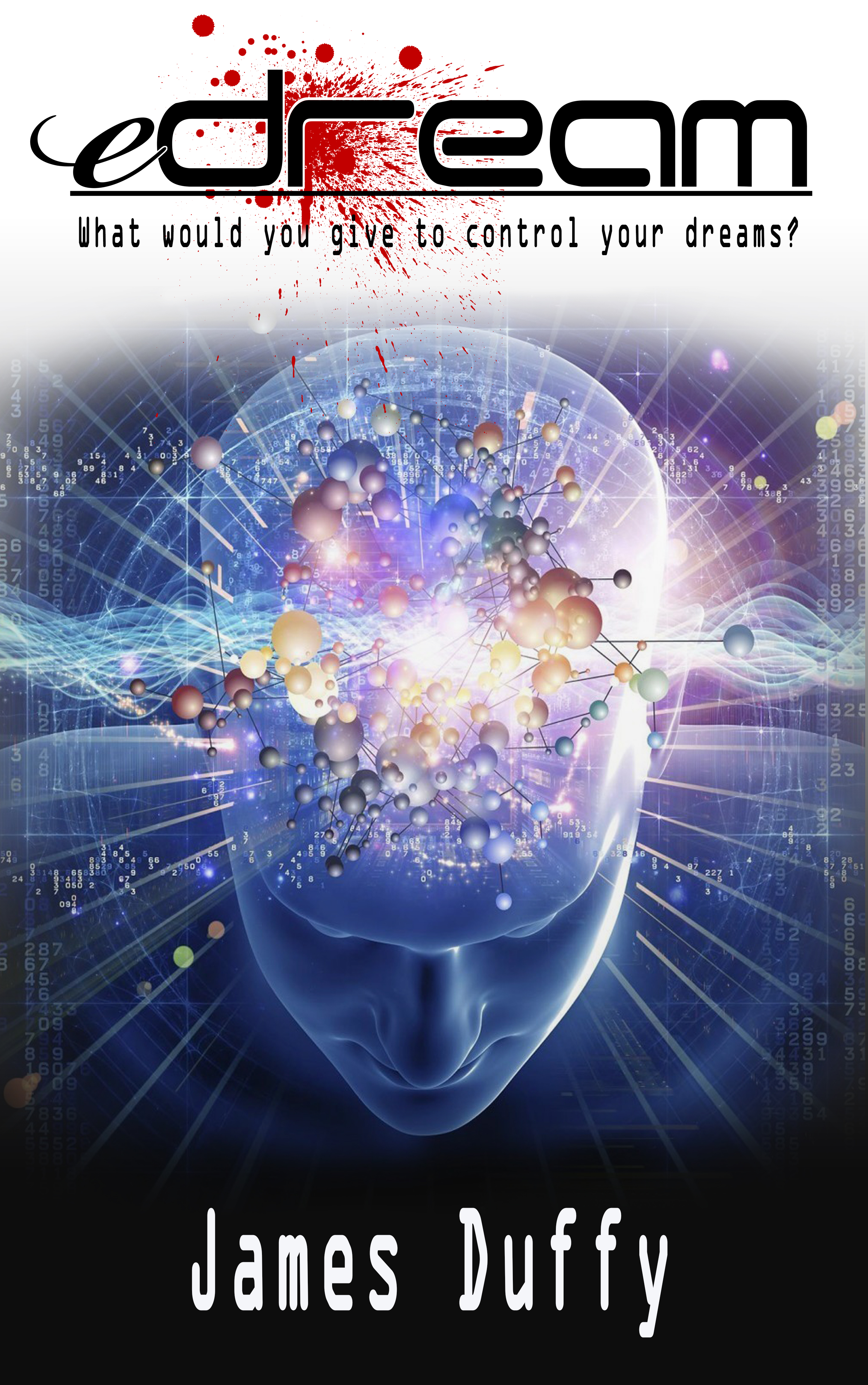 eDream is the newest tech phenomenon, allowing users to choose the setting, story, and people within their lucid dreams. But euphoria turns to nightmare when a company insider working for a terrorist regime plans to turn eDream into a weapon of mass destruction.

Tech genius Bob Cole develops cutting-edge lucid dreaming software to allow him to reunite with his dead son in his dreams each night. He and girlfriend Nina Russo, a TV science reporter, develop the program into the massively successful eDream device.


A terrorist regime exploits the growing public addiction to dreaming and sends a deadly high voltage pulse into the headsets of millions of users. After a massive battle, Nina and the FBI succeed in sending an "in-dream" warning that saves millions of dreamers.

What if you could choose the setting, story, and people within your dreams each night? Science reporter Nina Russo is excited about the possibilities, especially after her lover Bob Cole, eDream’s developer, asks her to try it out. But once the program hits the streets, there’s an unexpected backlash. Nina sees signs of mass public addiction developing. To make matters worse, Bob discovers a deadly virus embedded in his software code. Within an hour of the discovery, he’s dead. A company insider working for a North Korean terrorist regime plans to turn eDream into a weapon of mass destruction. After an attempt on Nina’s life and that of FBI agent Scott Williams, who shares her fears, the two must work together to stop the code from activating and slaughtering millions of innocent dreamers in their beds through a high voltage pulse sent to their headsets. With the clock ticking, they learn through aggressive detective work that the code was planted by Jonas Darwood, a trusted member of the eDream team who aligned with the terrorists to grow his own company. After a battle at Darwood’s headquarters, Nina and Scott are able to transmit an “in-dream” warning that saves millions. A film or TV adaptation of this story will allow for some extraordinary visuals in the users’ “dream worlds.” A viral marketing campaign can also be launched where eDream can be promoted as a new dimension in home entertainment... is it a movie or is it a real dream-generating device?

James Duffy is the author of two historical adventure novels, Sand of the Arena and The Fight For Rome, both from McBooks Press. In addition to writing novels, Jim is a TV documentary director/writer and stage show/radio producer. He has written and produced the multimedia touring shows This Is The ‘60s and This Is The ‘70s, blending documentary filmmaking with live musical performance. He is also the creator, writer, and producer of the This Is The ‘60s syndicated radio series. He began writing professionally in 1974 as a producer/copywriter for the CBS affiliate in Miami. He and his family live in South Carolina.

Bob is a scientist who designs a machine that will let people control their dreams. They can explore their wildest dreams and spend time with people they have loved and lost. The program is a massive hit but the company wants to use to to destroy a large portion of the population. Nina , a reporter, tries to stop the second version from being released to the public.

The story starts with a sad moment where Bob tries to save his son from drowning. There are many science fiction stories where the catalyst for the experiments are a personal loss.

The book is very predictable. A new fantastic technology is created and someone wants to use it for devious purposes. It seems like a wonderful product but the population becomes addicted to it. To avoid this, the plot would have to have a different focus. The antagonist could be from inside the dreamscape.

The hook is that Bob has created a way for people to enter and control their dreams, but it is dangerous to the users if the technology falls into the wrong hands. I would watch this movie for the sci-fi elements and the perspective of humans desire to fulfill their dreams.

This could have a large fanbase if the story were made more unique. Being able to control your dream world or live out your fantasies has been done before. There needs to be elements of the story that are different then a major company trying to use the technology against the users.

This does not have awards potential. It is not breaking new ground in the sci-fi genre and does not boast extraordinary visual effects.

The lead character is a strong female journalist who isn't afraid to speak her mind or stand up for what is right. Bob is a brilliant scientist who suffered from a horrible loss and throws himself into his work. Neither character is unique, but they are developed enough for the roles they play in the story.

This is a an average science fiction film. It is still entertaining for the mainstream audiences but does not bring anything new to the table. It could be improved by breaking the formula with the antagonist.

The story is well written and entertaining. It does not introduce new ideas but is solid compared to other similar stories.