From Love Trauma To Fearless Love: 7 Tango Steps for Breaking Free from Narcissists and Predators 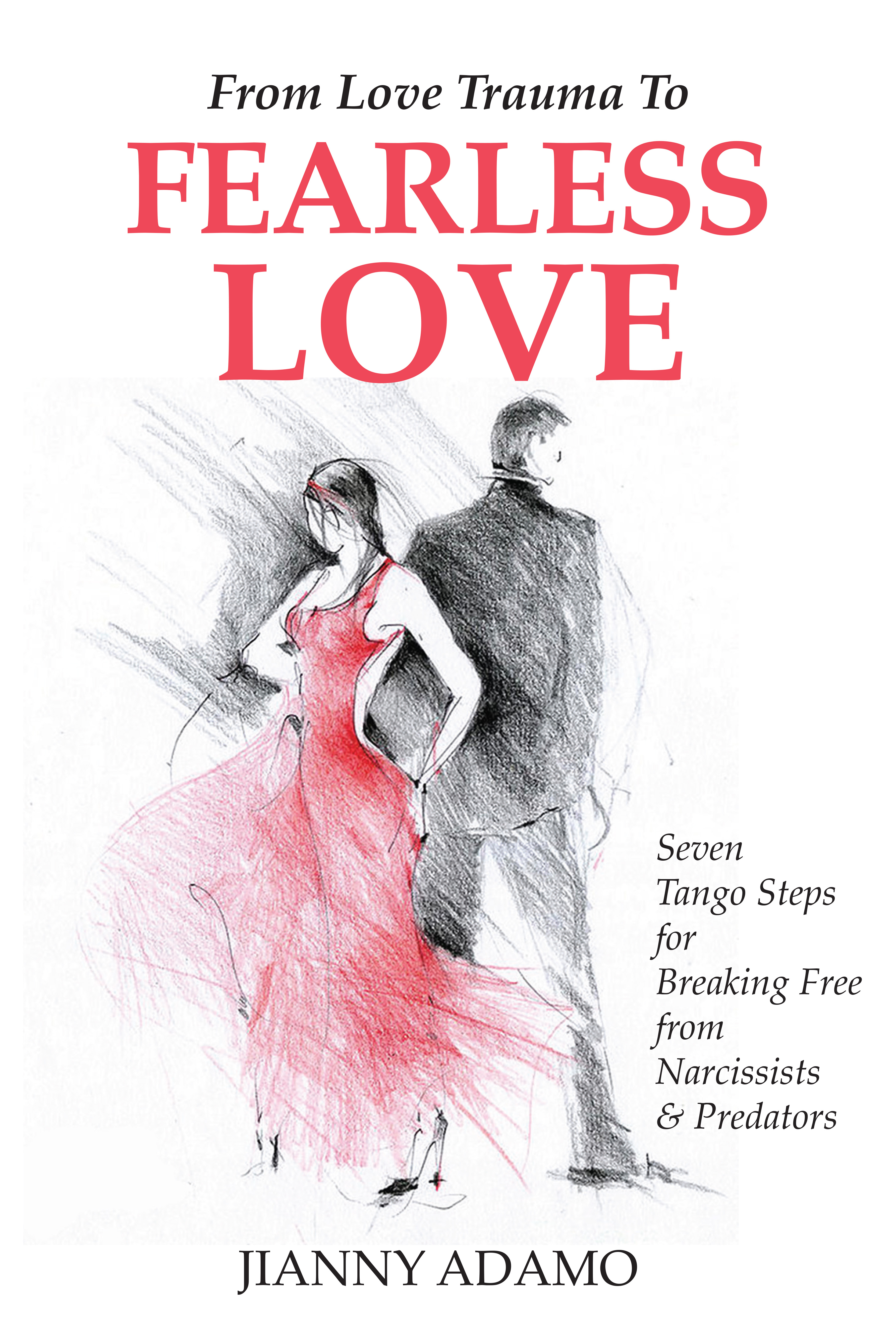 A heroine's journey to getting her power back after being in a relationship with a sexual predator.

Recently divorced, Elena heads straight to the arms of Cesar, a sweet and charming sociopath. Cesar plays out his fantasies of dominance and exploitation. In her darkest hours, Elena discovers the art of dancing the Argentine tango and enlists Don Charlo to refine her dance.


Step by step like a tango, Elena confronts the truth about her relationship. She develops stability and strength and gains wisdom about love and the world of imposters. Elena enters the last dance as a radiant swan.

Secrets, Lies, & Betrayal. From Love Trauma To Fearless Love is a visual representation of the inner suffering and silent world of victims of narcissistic abuse and the steps to overcome it. With the explosion of the #metoo movement, this narrative illuminates the smokescreen a predator uses to deceive even the educated and influential women. The story explores the dynamics at play when love is replaced with addiction and character with narcissism. It also highlights the cycle of sexual violence that is typical for both men and women. The narrative is broken down into a prelude, seven tango lessons, and an epilogue. Through the metaphor of dance, the protagonist goes through a series of body movements and steps that support her transformation. Following a lesson, the past is juxtaposed, helping Elena see the signs that she had missed until she finally confronts herself with the truth. The Argentine tango, as symbolic of love, teaches valuable lessons about relationships. The tango is an improvisational dance needing implicit intentions as the couple glides around the dance floor. As in love, the dance may reenact struggles, entanglement, or a fantasy. The narrative can be adapted into a film or a series as a psychological thriller, drama, and even a musical. The message of love and abuse is universal and transcends culture. Production of this book can appeal to not only the victims and survivors of abuse but also, the masses who yearn for enlightenment and entertainment!

With an MA in Counseling from Nyack College, NY, Jianny Adamo is Founder of Fearless Love and a licensed therapist in FL and NJ. Jianny’s work on relationships and on heartbreak appear in YourTango, Bride, MSN, Glamour, PsychCentral, Bustle, OnMogul and eHarmony. She enjoys dancing Argentine Tango and will dance for a cause to support victims of domestic violence and sexual abuse. Find out more about her work, visit FearlessLove.net.

Victims and survivors of narcissistic abuse and sexual violence