IN JESUS' NAME I PLAYED 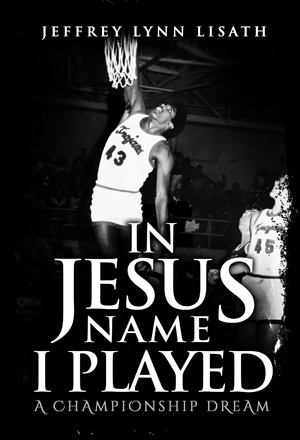 In "Jesus Name I Played" is an non-fiction inspirational story about a boy who grew up in Southern Ohio. He experienced a spiritual dream about his personal life and the game of basketball. While searching for answers he committed his life to God and demonstrated a unrelenting faith at the age 12

God used the game of basketball to grab my attention and draw me closer to Him. This experience taught me how to pray according to God's will and learn what the word faith truly means. During my journey I had setbacks, heartaches and disappointments. Faced death of my father and a serious injury.


My mother became the driving force that pushed me towards success. While fighting through teen peer pressure and struggling with hints of doubt, a tremendous move a God was demonstrated on and off the basketball court. True story of perseverance, faith, struggle, suspense that leaves wanting more.

This story will tap into the best minds in the world. ... it reveals the deep secrets of discovering what faith really means and explains it with clarity. The plot is engaging as the characters expose undeniable truths about Christianity and religious attitudes. The storyline keeps one intrigued in how a young boy turned playing the game of basketball into a platform for ministry. The book is designed to be a fun, yet thought-provoking read, supplying you with the tools to approach life with a spiritual mentality. You will learn how God speaks to us in a variety of different ways and discover the intimate secrets He wants to share with you daily. You will discover how to tap into God's amazing heart and obtain a greater understanding of His grace and mercy. I wrote this book because I have unmerited favor, and unearned love, from God, and because of His grace I have been very fortunate to enjoy many successful basketball seasons as a player, and a coach. I want to share this amazing journey to the world!

"Jesus Name I Played" is an non-fiction inspirational story about a young boy who grew up in Southern Ohio. He experienced a spiritual dream about his personal life and the game of basketball. While searching for answers he committed his life to God and demonstrated a unrelenting faith as a 7th grader that help him through the odds that were stacked up against his aspirations to win a state championship, get a scholarship to play college basketball and possibly make it to the NBA. Married to wife Debra with five kids; Director Of Operations/Assistant Superintendent at Northridge Local Schools, Author, Head Men's Basketball Coach, Retired Prison Warden, CEO Basketball Ministries. Jeff was twice named an All-Ohio basketball player at Portsmouth High School, where he led the Trojans to a State Championship in 1978. Jeff was named the State Tournament MVP, a member of the PHS Hall of Fame. He attended college at Miami Ohio University where he lettered four years in basketball. He was Team Captain, Defensive Player of the year, Marshall North Award Winner. After two tryouts in NBA Camps, Jeff decided to get into coaching where his first coaching position was at the Columbus Technical Institute now known as Columbus State Community College in Columbus, Ohio. After a successful three seasons with the Cougars Jeff decided to return home to Portsmouth, Ohio where he joined the staff at Portsmouth High School and helped lead the Trojans to another State Title in 1988. Jeff's passion for the game and willingness to give back to the community never wavered as he held several events in Portsmouth from his senior year in High School in 1978 to the present time. The most memorable being the Bannon Park Classic and The Jeff Lisath Summer Basketball League for all age groups including adults. Jeff Lisath started his career in Corrections in 1986 as a Correctional Officer at the Southern Ohio Correctional Facility in Lucasville. In 1987 Jeff became a Substance Abuse Prevention Specialist for the Scioto County Counseling Center up until 1990 where he re-entered the Prison system as a Correctional Officer for the Federal Bureau of Prisons in Ashland, Kentucky. Following a brief stint with the Federal Bureau of Prisons Jeff re-united with the Ohio Department of Rehabilitation and Correction by becoming a Program Specialist in 1990, promoted to Inspector in 1995, and promoted to Deputy Warden in 1996 at The Southern Ohio Correctional Facility in Lucasville. In 1997 Jeff received the Gold Star Award for his outstanding Community involvement and leadership. In that same year he appeared in Corrections Today Magazine as being named “The Best in the Business” as well as being promoted to Tactical Response Coordinator for the entire Department of Corrections. In 1998 Jeff returned to the prison where he was named Deputy Warden of Operations at The Ross Correctional Institution. In July 2012 Jeff was appointed Warden at the Dayton Correctional Institution Transferred to Pickaway Correctional Institution in December 2014 as Warden. Jeff received his Bachelor’s degrees at Miami University and Ohio Christian University. Author of three books: Children's book "My Faith And Basketball"; "In Jesus Name I Played" and the third book to be released in November 2020 "In Jesus Name We Played"

Jeff grew up in a large, Christian family in Ohio where he dedicated his life to Christ in the seventh grade. He loves sports and has a dream that he wins a state championship in basketball. He plays basketball through high school and college,but does not make it in the NBA. Jeff finds himself as basketball coach for college and then high school where he wins his state championship. God leads and guides Jeff through his journey.

The book profile does accurately reflect the book.

The story is an inspirational story of Jeff letting God lead him through life. Jeff is positive and trusts that God's will make a way for him. Jeff stays positive and uplifted throughout the story which is refreshing.

The book does not have much excitement. It is a story about some adversity, but nothing dramatic happens. The focus is mainly how God worked in Jeff's life and many events worked out well for him. As amazing as that is for Jeff, it does not create a enthralling story.

The hook is that Jeff has a dream about his goal to win a state championship. Jeff seeks God out to live his best life and ends up fulfilling the dream God showed him in his youth.

This could have a large fanbase in the Christian community. There have been a number of films that have been very successful in this genre especially since they do not have many.

This does not have awards potential. There is nothing gripping about the story or the characters. It is an inspirational but not in a unique way.

HEAVEN CAN WAIT, FIREPROOF , I CAN ONLY IMAGINE

This story is not original. There are many inspirational films centered around the Christian faith and sports. There is nothing unique about the story with no twist or driving plot.

The lead character stand out because of his faith at a young age. In terms of personality or actions, he is ordinary and lives and ordinary life.

This is an average story. While inspirational, it isn't overly so. Jeff lives a normal life with ups and downs, much like anyone else. This could have a plot driven story that focuses on Jeff as a coach. The story could be highlighted with his time as basketball player in college and how much winning a state championship meant to Jeff. The focus could be on Jeff coaching the team that eventually wins that championship and the year of games.

This story would be a consider if reformatted. There does not need to be as much emphasis on Jeff in high school and college. There could be focus on his time as a coach when he is close to fulfilling his dream. The character could be developed by showing him coach the winning team and how Jeff seeks God out for his decisions and answers.