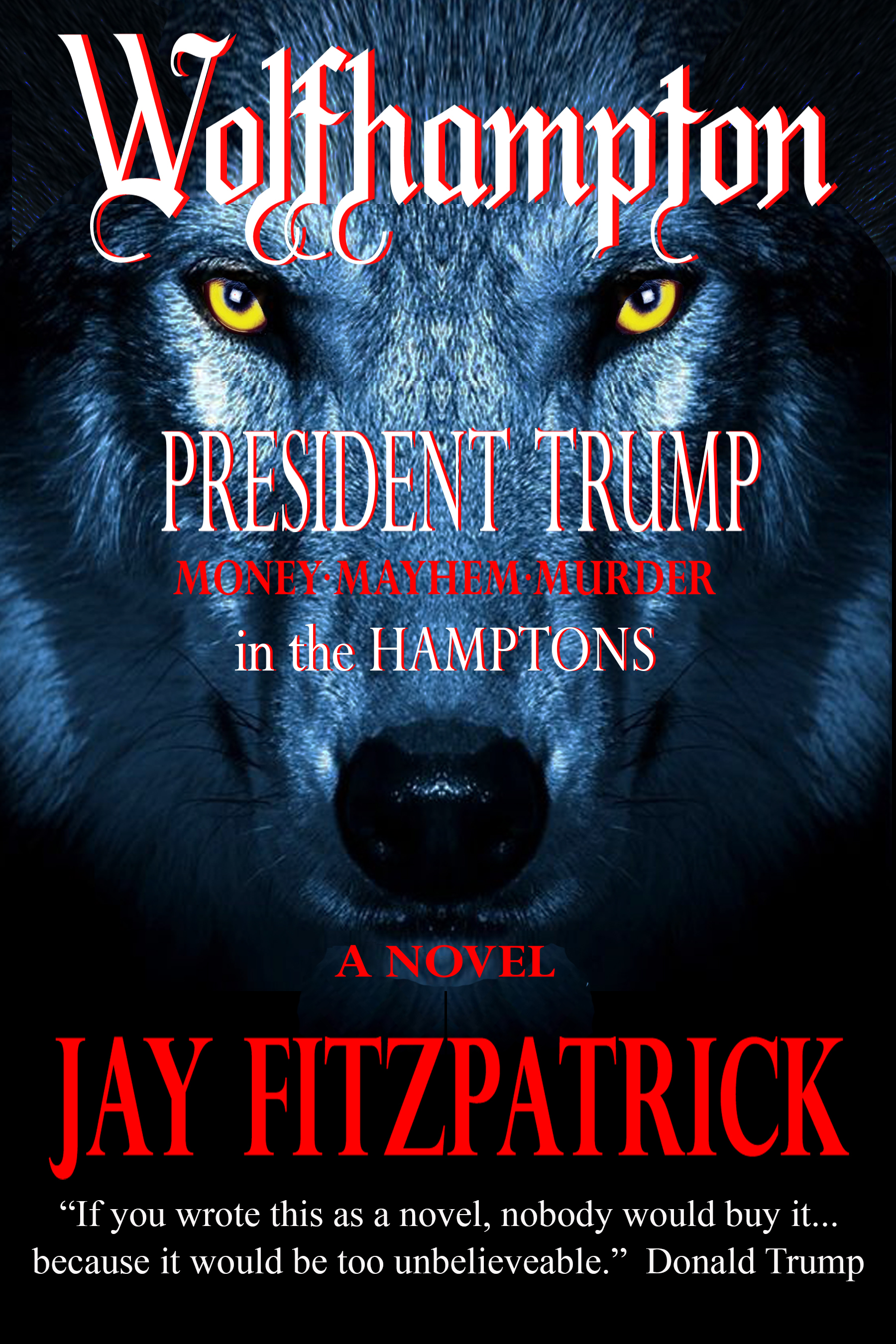 Wolfhampton is a satirical look at President Trump and the first family as they spend the 2019 4th of July weekend in the Hamptons at the estate of a Russian oligarch Dimitry Volkov when the unspeakable happens. From the Hamptons, Washington, Moscow, and back, it’s an amazing, fast-paced satire.

President Trump & family leave Washington for a weekend in the Hamptons at the castle of Russian Oligarch Dimitry Wolf Volkov Russian President Putin finds out he decides the time is right to crush POTUS Wall Street and the Wolf, all in one smooth hammer blow Wolfhampton will change America forever


Nancy Pelosi and Chuck Schumer, to win the 2019 election, make a deal with the Devil himself, but after an assassination attempt and the kidnapping of his son Trump has a change of heart and ultimately gets what he deserves.

Somewhere between Southampton and East Hampton

A satirical, almost prophetic look at President Trump and the first family as they spend the 4th of July 2020 weekend in the Hamptons at the oceanfront castle of Russian oligarch Dmitriy Volkov. Between Southampton and East Hampton lies the incorporated village of Wolfhampton, the most exclusive, expensive, and scary ‘Hampton’. Only ninety miles from the city, Wolfhampton is a haven and sanctuary for the wealthiest, most powerful people in the world. Many want to live there, but few can afford to, and fewer are welcome. There are plenty of celebrities, billionaires, and Russians; one man, Dmitriy Volkov, is all three. When two young girls commit suicide, Dmitriy Volkov aka Wolf becomes the person of interest when their deaths are ruled as possible homicides. Volkov seeks a diversion and invites his friend, the President of the United States, for the weekend. The president because of his own needed distractions accepts and he along with First Lady Melania, and Third Son Barron escape to Volkov’s Wolfhampton estate for a July 4th weekend of solitude. But there in the wolf’s own lair, the unspeakable occurs. Putin and his Russian Foreign Intelligence Service, known as the SVR aka KGB alumni, decide the time is right to crush POTUS, Wall Street, and the Wolf, all in one smooth hammer blow. What happens that weekend in Wolfhampton will change President Trump, America, and the world in ways never imagined.

Left or Right – love Trump or hate him you will enjoy this read.