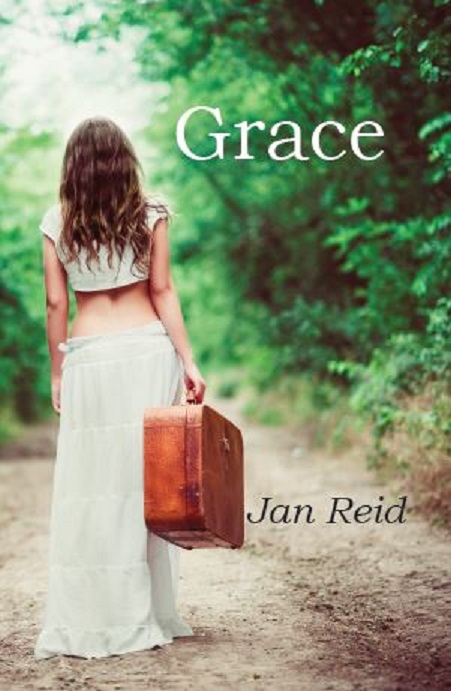 The story of a part Indigenous Australian woman, confronted with accepting or rejecting her aboriginality amidst a backdrop of racial tension.

Grace Taylor discovered on her tenth birthday that she was not only adopted but the daughter of a part-aboriginal woman. She had felt lost and unloved ever since. However, following clues, she writes to someone seeking further information to discover the respondent is her biological mother, Mary.


Grace finally accepts her aboriginality, thanks to Mary's teachings, and that Dan loves her for who she is, despite what her rival, white Australian girl, Jasmine, does. Later she receives a huge inheritance bequeathed to her from her paternal white grandmother as she is her only grandchild.

Grace: Book 2 The Dreaming Series, focusses on an adopted part-aboriginal woman’s journey in finding her biological mother and learning to accept her aboriginality. It is also a love story which presents the challenges she must overcome in respect of racial discrimination. Grace finds her mother through her own efforts and learns to be proud of her heritage due to her mother’s mentoring. Through her personal growth, she eventually accepts the love offered to her by the love of her life. Finally, she receives a huge inheritance bequeathed to her from her paternal grandmother, who is the mother of the white man who raped her mother, from which Grace was conceived. Against the backdrop of the land which once belonged to the largest indigenous nation of New South Wales, and stories of their culture, carefully researched and authenticated by a Wiradjuri elder, this story, inclusive or not of book 1 (Deep Water Tears), & 3 (Barons Reach), compiling The Dreaming Series, would make a compelling movie or television mini-series, for those interested in the history, indigenous culture and racism of Australia.

Jan Reid is an Australian storyteller, focussing on stories of ordinary rural Australians, in extraordinary circumstances, from the country’s recent history. A sixth-generation Australian, Jan’s first novel, Deep Water Tears, which morphed into The Dreaming Series books (Deep Water Tears, Grace and Barons Reach) was inspired by Bryce Courtenay’s, ‘Jessica’. Jan resides in rural New South Wales, where she writes novels and screenplays about Australian people and the events which shaped their lives and their country.

Australians, and those interested in Australian history / indigenous culture / racism.