The Autistic Author and Animator 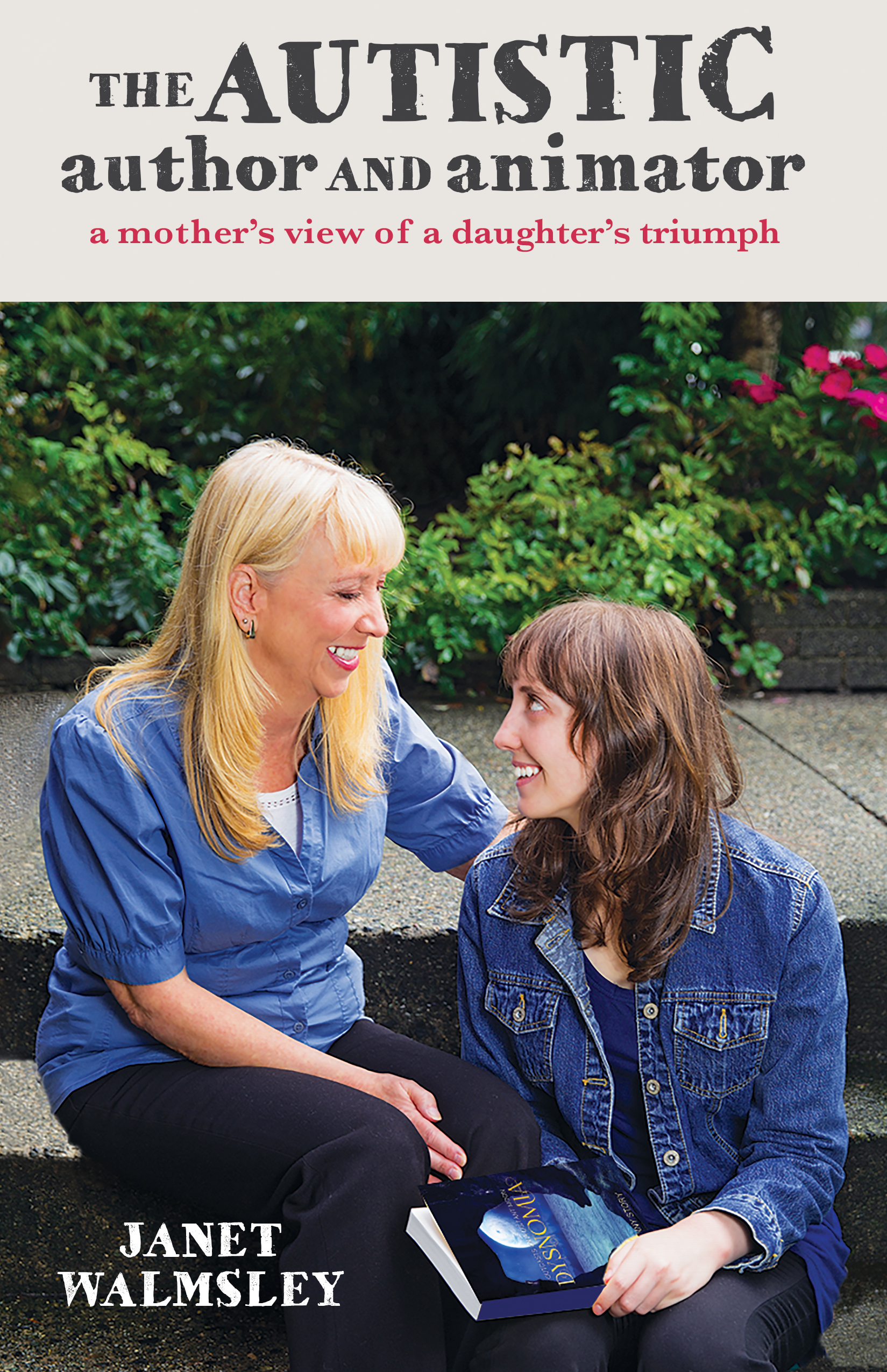 Heartfelt story which relays the importance of perseverance, courage, strength, within a mother-daughter-bond as their Autism journey's intertwine-revealing a mother who was her daughter's rock right from the beginning! Striking narrative, testament that Autism is no barrier to success &fulfillment.

Jenny is entering into the world, born on Feb. 7th 1993, in Yellowknife, NWT. She was growing mentally & physically 100%, then just over a year old, Jenny got extremely ill, she just about died, but the trooper that she was, she pulled through, however the Jenny that we knew was gone, what happened.


Jenny beating the odds, a role model & inspiration not only for the Autistic Community but for the General Public!! Shines a positive light & hope that no matter what barrier is in front of you, push it down & go after your dreams and goals. Shed the stigma box and open up the work force for them.

Yellowknife, NWT, Canada; Vernon, BC, Canada and Vancouver, BC, Canada

Autism, a word that is coming up more and more in Society, Autism, a stigma box that still surrounds it, Autism is on the rise and in this day and age, families are still going through the cracks and feel hopeless. "The Autistic Author and Animator", centers around a Mother's view of her daughter, Jenny's, journey with Autism. This book is a best seller and receiving rave reviews. From the assertive perseverance of a Mother's unconditional love,( after being told when Jenny was 3, she had low functioning Autism) to the Dream Team who goes the extra mile for them, the rawness of bullying Jenny endured and Janet having to go through the mental and physical abuse from her then husband who wasn't accepting of the Autism.So many people say after reading our story, they are wanting to do a Jenny as they see all what she went through and where she is at today and that she is an inspiration and role model. The enduring and assertive Mother who was her rock, voice and sounding board. Their story hits the hearts and soul of not only the Autistic Community but the General Public as well. With all the above, a Film, titled,"The Evolution of Jenny", would appeal to everyone and the message of endurance, strength and a Mother and Daughter who never looked back, full speed ahead no matter what curves came their way!! Their special, unique bond and never giving up captures the essence of what being positive is all about and will instill the same for people who watch the movie.

Janet is born and raided in Manitoba and has lived in Germany, Yellowknife in the NWT, Vernon, BC and Vancouver BC. Along with being a Mother of a son and daughter, Janet has as active career in acting. Her Theater spans over a decade and been in Film, TV, Commercials and VO the past 10 years. Was nominated for Best Supporting Actress for a Comedy in LA at the 6th Annual INDIE Awards and also won the Unlimited Creative Womans Award in Victoria, BC. at the Unlimited Women Awards. Janet went on a mission for her daughter, Jenny, who was diagnosed with Autism, and she was going to get every support she could so that Jenny would have a rich fulfilled life. Janet wanted to give support and hope to other Autistic families and individuals and as well to shed the stigma box that still surrounds Autism with the General Public.

Publisher: Was Influence Publishing that we published with and then the year after publishing they went Hybrid, so each of their authors went self published but still get their help.