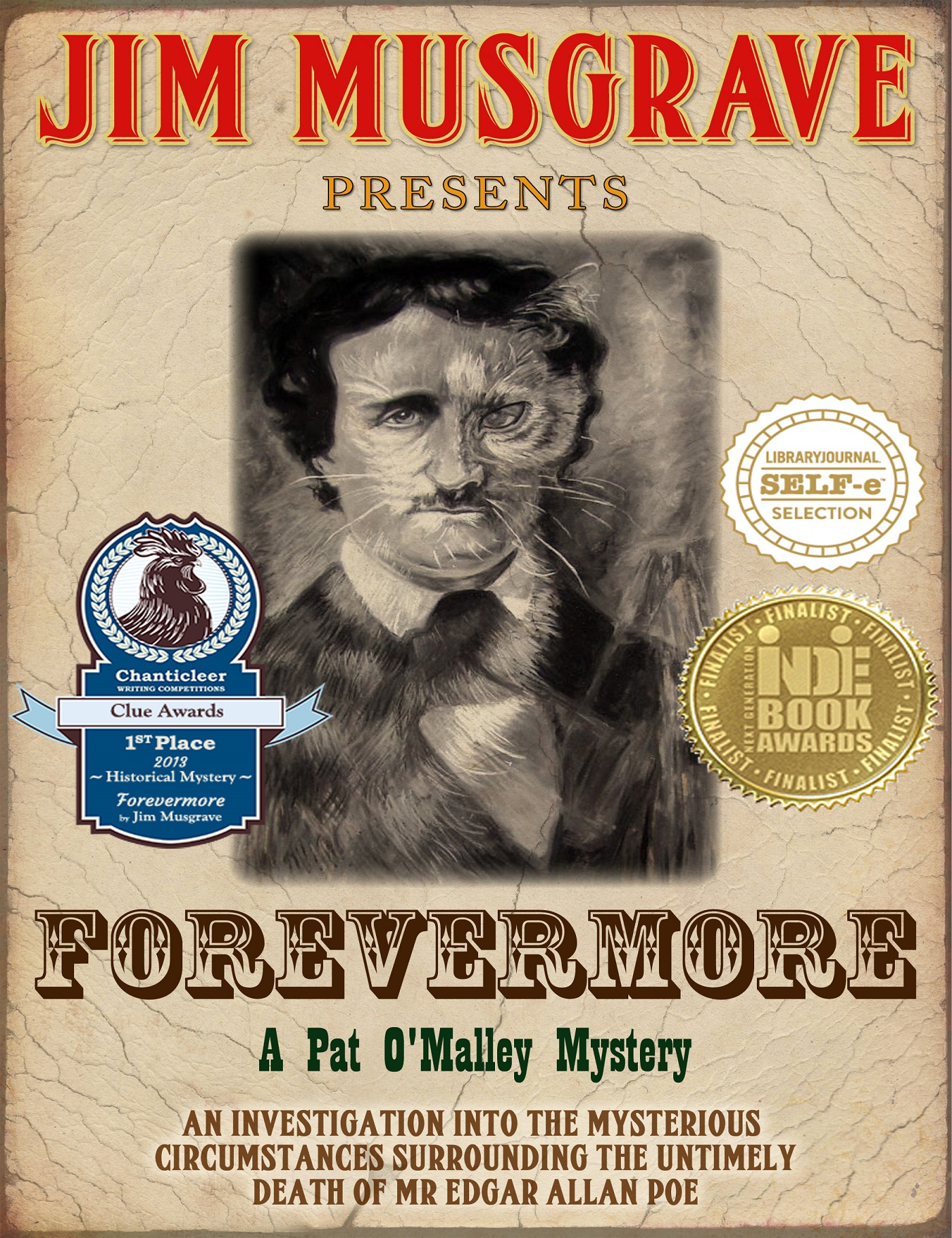 Civil War Medal of Honor winner, Patrick O'Malley, a manuscript messenger for Edgar Allan Poe before the war, wants to prove Poe did not die a drunk in 1849 Baltimore but was, instead, murdered. He gets a message one night in 1865 while he's living in Poe's Cottage in the Bronx.

In Forevermore, O’Malley sets forth on a mission of danger and romance to uncover the truth behind the demise of his old friend and one of America’s most important authors, Edgar Allan Poe. He gets a letter written by Poe's demised sweetheart and begins his mission to find out who murdered Poe.


After a series of detective adventures, Detective O'Malley meets the serial killer who murdered Poe inside the crypt of the person who hired this killer.

Adapting these four Detective Pat O'Malley mysteries as a TV mini-series would be entertaining to viewers who enjoy THE ALIENIST and BBC's COPPER. The first story, FOREVERMORE, as the pilot, shows how vulnerable the protagonist detective is to love and intimacy. This will keep the viewers engaged in the other mysteries to see how he develops his romance with Becky Charming Jones. Each mystery in the four is adventurous and has many twists and engaging plot developments. The setting of Nineteenth Century New York City is detailed well and develops the action around historically researched sights and locations. The third and fourth mysteries get into Steampunk and SciFi, which should increase the interest of the viewers substantially.

James Musgrave has won First Place in the Chanticleer International Book Awards in the Historical Mystery Category, 2013, for his novel Forevermore. All of the mysteries in his Detective Pat O'Malley series were chosen as featured titles in the American Library Association's Self-E Program for independent authors. He was most recently published in the speculative fiction anthology Terror Politico, by Scary Dairy Press, with the story “Freedum.” He was also in the Stoker-nominated anthology Beneath the Surface: 13+ Shocking Tales of Terror, by Tim Deal, with the story “Mulό,” writing as Efraim Z. Graves.