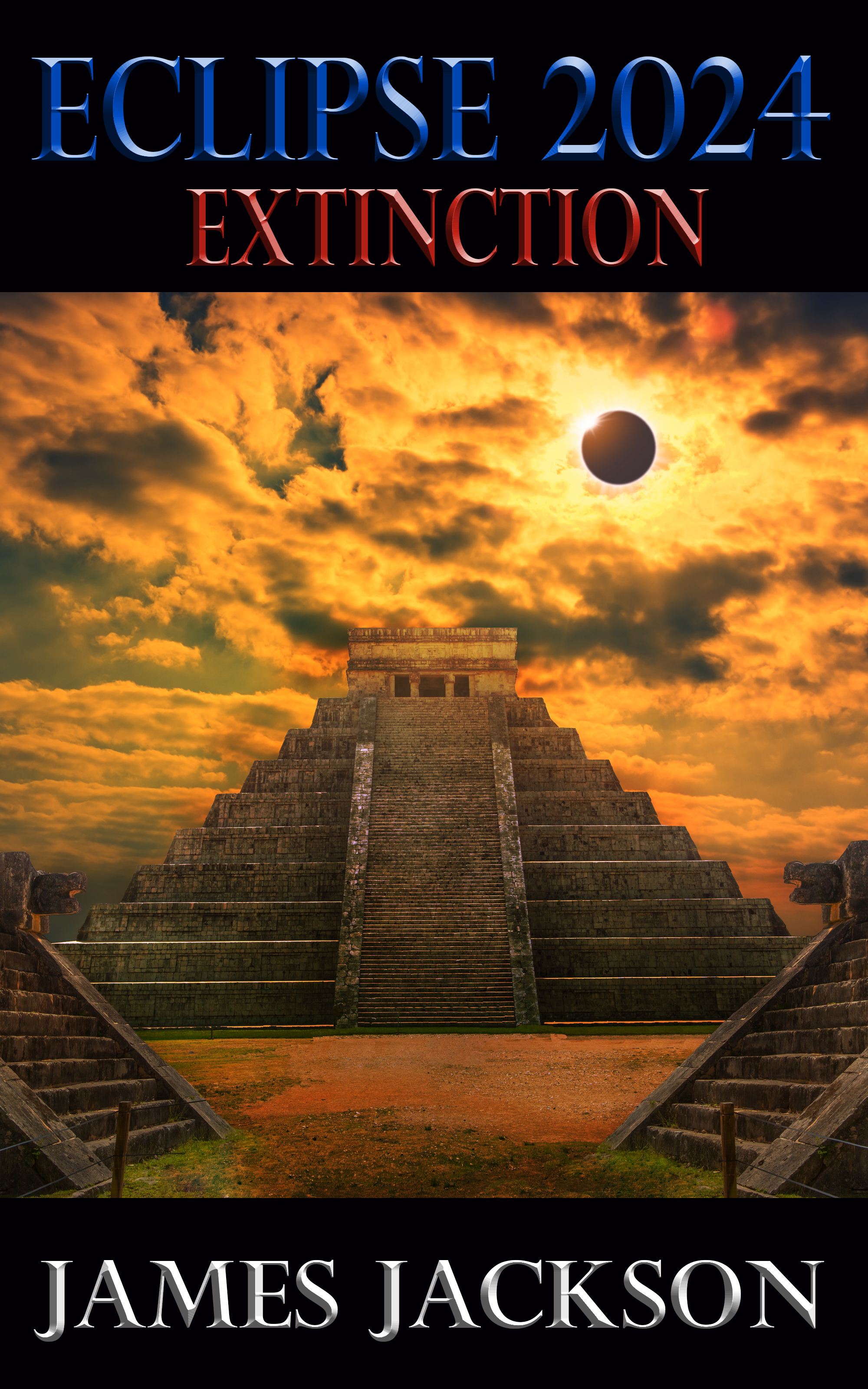 No one knows where the fog-like entity came from. We think it’s intelligent, but not in the way we think of intelligence, this thing has an evil malevolence about it. It’s cruel; it toys with its prey. We thought we’d won, and got rid of it, but in the end all we did was wipe out all life on Earth.

The opening of the story is of a meteor striking the waters off Belize, witnessed by a Mayan priest - circa 890 AD. A fog-like entity rose from the water and killed all it touched. The Maya succeed in trapping a fog-like entity, but do so at great cost.


The eclipse of 2024 releases the entity from captivity. After a failed attempted at containing the entity, it is launched into space. It escapes the space capsule and travels to the sun where it transforms into a black hole. All life on Earth is doomed.

This story spans three time periods; the 890 AD era where the reader follows the plight of the Maya as a fog-like entity devastates their cities. The story briefly focuses on a pair of archaeologists who, in 2017, discover a capstone, behind which they can detect a chamber. They do not disturb the capstone and leave. The eclipse of 2024 releases the entity, and thus begins the bulk of the story. It is in this section the reader meets Adam, Carol, Jerry, Tom, and a host of other characters as they attempt to capture the entity. Adam travels to Michigan to deal with the death of his father. Carol leads a team from the CDC to investigate a series of strange deaths. Adam and Carol meet in the woods. A side story exists of a group of ‘treasure hunters’ who are attempting to steal a cache of geodes they have discovered on federal land. Adam’s father was part of this group and killed by the entity. Carol forms a special team who eventually capture the entity, after the President orders Chicago to be 'nuked' in an attempt to kill it. The entity feeds on the radioactive energy. Eventully captured the enitit is dumped into the Mariana Trench. The next scene is from the ISS where astronaughts witness Japan 'going dark'. "There are more lights in North Korea, than Japan." The final sceens are of the entity being captured and aunched into space, where it escapes the capsule and speeds toward the sun where it turns into a black hole and begins absobing the suns energy.

I was born in western Sydney, Australia, in 1965 to my Australian mother and English father. When I was ten years old the family moved to Rotherham, England. We lived there for almost two years, and then returned to Australia. This time we moved to Burnie, Tasmania. At fifteen we all moved again, and after travelling around we settled in Sydney. I got married to a wonderful woman and have two great children. In 2001 my life changed direction. I moved to Michigan, USA, where a little over a year later I re-married. Jairis and I live on the picturesque shores of Lake Michigan.