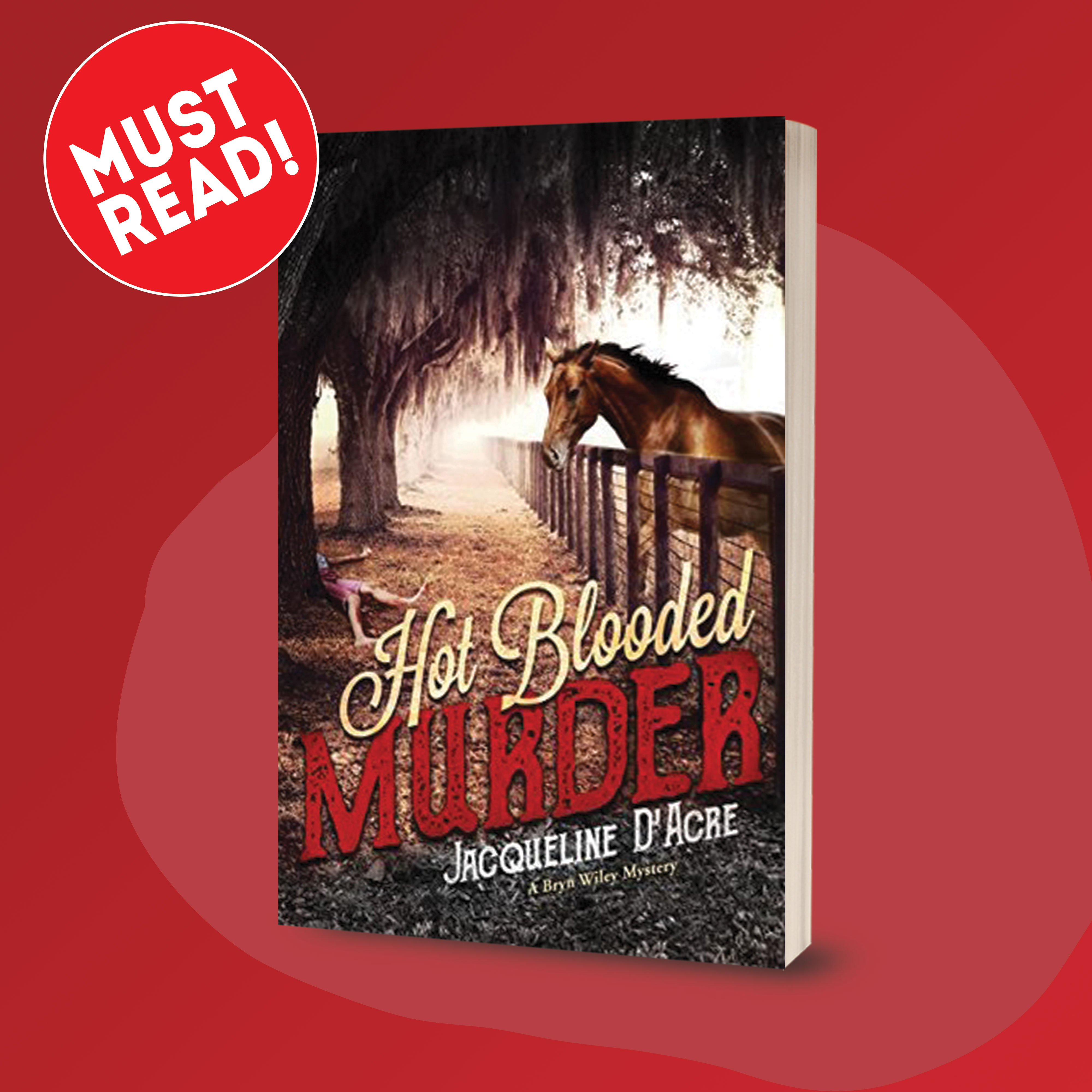 In the sultry Louisiana heat, Bryn Wiley scours New Orleans seeking a slayer in a desperate race to save a champion stallion from a lethal injection. The sheriff is convinced the stallion killed his mistress. Bryn encounters quirky New Orleans characters, a voodoo queen, and hot blooded show horses.

Bryn Wiley, a mild equine writer, finds an empty home at Marcie's Morgan horse farm. She searches for Marcie and enters the dim, hot barn. Horses whinny. Bryn walks down the aisle to the stallion's stall. Opening the door, she almost steps on Marcie's body. Bryn wonders....did the horse kill her?


The murderer is moving into Marcie's house. To stop her, Bryn leaps on the stallion's back and gallops around the farm, jumps a fence, and drives a herd of cattle onto Marcie's property. They stampede into the killer, a tiny woman shouldering a rifle. Bryn rides right into her and disarms her.

Bryn Wiley pursues a murderer through the sultry streets of New Orleans trying to save a champion stallion from a lethal injection. No one has ever guessed whodunit.

I've been a window dresser, Air Woman in the RCAF, dog breeder, wife and mother, cocktail waitress, commercial artist, University student, media buyer (and hired by the New York office of an ad agency as a copywriter.) My first published book, Between Extremities,(Retitled: In the Midst of a Lifetime) literary fiction, earned me the title, "A Louisiana Author of Note." I wrote two columns, hosted a radio show, was named "Horsewoman of the Year, 1990," and founded a horse breeding farm. Hot Blooded Murder is the first in a series of mysteries. In progress in this series: Killer Katrina and Death at the Sugar Bowl Classic.

Horse Clubs: Show horses are a multi-billion dollar industry. All horse owners in the world will love this TV series. These people made The Black Stallion eternal and Dick Francis a best seller. Quotes from the Tao Te Ching, for spiritual folks.

Publisher: Stargazer Press, Canada, published this book as Foreclosure. I Indie-published later with Bookbaby.com with the title: Hot Blooded Murder.