In the Midst of a Lifetime --Originally published as Between Extremities. 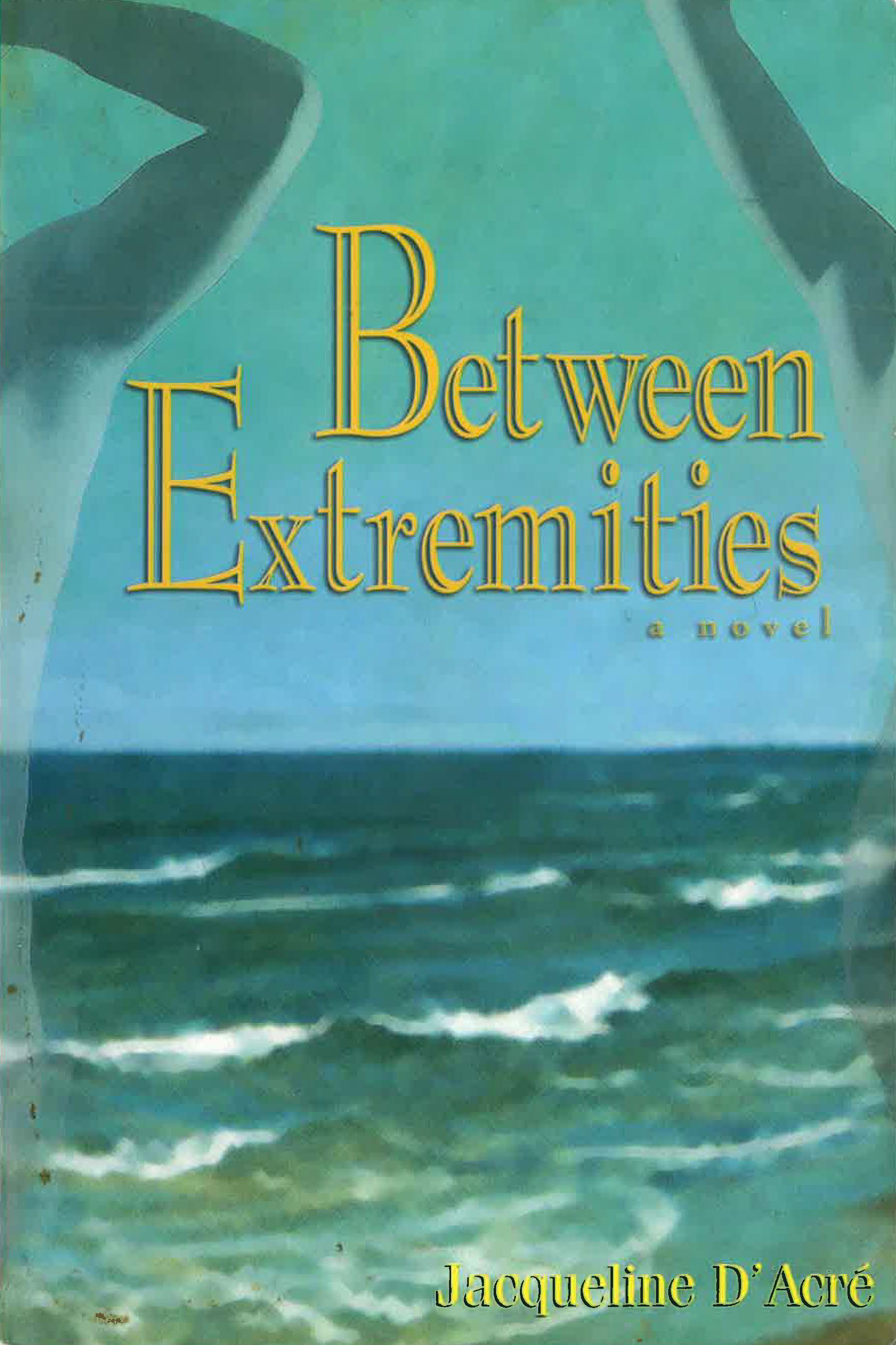 An artist, Brit, turns 50. It terrifies her. She sets out to see if indeed her love/sex life is truly over. Her ex, lawyer Grant is a recovering alcoholic. They're brought together by their malelovent, rapist, psychopathic son, Saunders.

Britannia Rhodes wakes on her 50th birthday terrified she'll no longer enjoy love and sex. She launches a quest to test the truth of this. Her ex-husband, attorney Grant Griffin, alcoholic, is middle-aged crazy. Through his dangerous psychopathic son, whom Brit loves, can they be re-united?


Asia, Brit's timid daughter, is doped and brutally raped by her step-brother Saunders in the barn loft. Brit torches the barn; and Asia survives. Grant and Brit are passionately re-united and thus, Brit's question, will she be able to enjoy sex after age 50? is dramatically answered—YES!

1990's New Orleans and the horse-country north of Lake Pontchartrain, but could easily be set NOW.

A beautiful artist, Brit, endures her 50th birthday. Is her sex life over? Has her artistic ability vanished? She dashes out to her barn and jumps naked onto the back of her white Arabian stallion. She rides him over her land, clearing her mind. Then her sadistic, psychopathic, teenage stepson Saunders, insinuates himself into Brit's unsuspecting good graces. He dopes and rapes her daughter Asia, his stepsister, in the barn loft. This monster, ironically, brings her ex, divorce attorney Grant, recovering alcoholic, (a therapist at a book signing told me she bought 25 copies of my book, saying, "This is the best description of alcoholism and recovery I've ever read. Far better than textbooks. You make it so real.") back into Brit's life. Brit, with the help of wise-cracking sidekick, Lee (who is African-American), rediscovers her talent and creates a stunning series of life-size horse sculptures. She has a spectacular opening show in New York. Back home, Saunders murders Brit's horse.Then Brit torches the barn where Asia was raped. and her stallion lies dead. The barn burns.Thus healing begins. Brit and Grant reunite, passionately. Brit learns her sex life decidedly is not over. The story unfolds in the sultry beauty of New Orleans and the verdant horse-country north of the city across Lake Pontchartrain.

Bio—Jacqueline D’Acré Cellphone: 807-356-2443 email: norleans@tbaytel.net website: jacquelinedacre.com blog: besideamountain.blogspot.com YouTube-Video Promo: https://www.youtube.com/watch?v=en-jW5sWKqY Twitter: @DAcreJacqueline Facebook: Jacqueline D Acre I was a precocious kid: at age ten I'd read every book in the children's library: I was sent upstairs to the adult section. I successfully showed, bred, and marketed Weimaraner dogs (as Silversmoke Kennel) at age twelve, then had to get away from my father’s molestations so I joined the RCAF—the Royal Canadian Air Force. (While there, at age 18, I won an audition to recite The Battle Hymn of the Republic, which I did in a single spotlight, the national RCAF orchestra backing me, before an audience of 3000. I got a standing ovation. As early as age three, I rode the horses pulling milk wagons, in a sleepy Canadian town. Eventually, my horse-craziness led to my herd of exotic Egyptian Arabian horses on my stud farm just outside New Orleans in Louisiana—Silver Apple Arabians. Before that, I lived and worked in Winnipeg, San Francisco, Alaska, Spokane, New Orleans, Mississippi, back to New Orleans and finally, in 2004, to Canada. I trained as an air traffic controller in the RCAF, was a cocktail waitress, phone psychic, commercial artist, scholarship student at Lone Mountain College--an alumnus is Nicholas Cage. (This college is affiliated with the University of San Francisco). Here, as a Drama major, I auditioned along with 200 others for a year’s free training at the San Francisco Repertory Theater: ACT. I won the audition. Then I went to Alaska as a media buyer and copywriter. (From there, I was hired at the New York office of my ad agency as a copywriter.) Next came Spokane, where I worked as a Creative Director and horse trainer. In Louisiana, I had my own newspaper column and I hosted (and produced) a live talk radio show. Throughout, I met and married three men—I'm now a widow, but happily in a new relationship. I had my daughter—who was developmentally delayed and I also adopted my stepson. In New Orleans, I opened a Film/video production company and produced, wrote, and directed over 100 titles—most shot offshore in the Gulf of Mexico. One show won the national “Take Pride in America” award. Further, I was voted “Horsewoman of the Year—1990.” My first novel, Between Extremities, now tentatively re- titled "In the Midst of a Lifetime," was published to 4 and 5 star reviews. Plus, for it, I was named “A Louisiana Author of Note.” My second published novel, "Hot Blooded Murder, A Bryn Wiley Mystery" was also published to excellent reviews. (This book was is submitted to Taleflick.com as a potential TV series.) During this period, I wrote a teleplay titled "Flying on Christmas Eve." I submitted it to Steven Spielberg at Universal Studios. I received a call from Mr. Spielberg’s office that they were seriously interested. After a time of back and forth, they stopped calling. Then I sae that my teleplay was used as the framework for the successful film, "Earnest Saves Christmas" (the opening scene is word-for-word replicated.) That was my first serious Hollywood interest. There was a second from a noted producer (a producer of "What the Bleep Do We Know?") who was keenly interested in "Between Extremities," now experimentally re-titled "In the Midst of a Lifetime." From these I deduce my writing is definitely Hollywood material. That’s two strikes. I believe the third strike, this submission, will be my home run.

Brit is a divorced artist facing a sexual midlife crisis, her ex, Grant is also going through the same and alcoholism and the two are unexpectedly reunited when Grant's son, Saunders, runs away from home to Brit's house. Saunders has been exploring his sexuality in his own twisted way raping women on the way to Brit's house; choosing her daughter Asia as his next eventual victim. Brit helps Asia get through the trauma by burning the barn she was raped in, which Saunders is found badly burned because he previously snuck into the barn. Brit and Grant reconnect, find help for Saunders and Asia and find passion in their lives again.

The story's hook relies on the reader waiting to see how Saunders will come into play in helping Grant and Brit reunite and overcome their personal crisis.

If adapted, I don't see this having a large fanbase due to the controversial subject matter that skirts the taboo.

If adapted, I don't see this story garnering awards/acclaim due to the controversial subject matter and the theme not really resonating with the reader at the conclusion. The themes in this are about sexuality and self discovery and the story fails to handle these mature themes with tact.

FILMS SUCH AS "WE NEED TO TALK ABOUT KEVIN", "BEAUTIFUL BOY", AND "AMERICAN BEAUTY" ARE SIMILAR FILMS TO THIS STORY DUE TO THE SIMILAR THEMES OF PARENTHOOD, SEXUALITY, AND MIDLIFE CRISIS.

The film has a unique premise that follows the journeys of a divorced couple going through a sexual and existential midlife crisis and are reconnected through the chaotic sexual journey of their son. This story admittedly approaches the subject of midlife crisis from a bold angle.

There is nothing in particular that makes the lead characters stand out.

This is not quite a rare gem yet, if some depth is added to Saunders character and the author treats the controversial subject matter with more sensitivity, this story has the potential to be a rare gem.

I think a change in the approach to depicting some scenes, adding depth to Saunders character would go a long way in making this a viable story for adaptation.