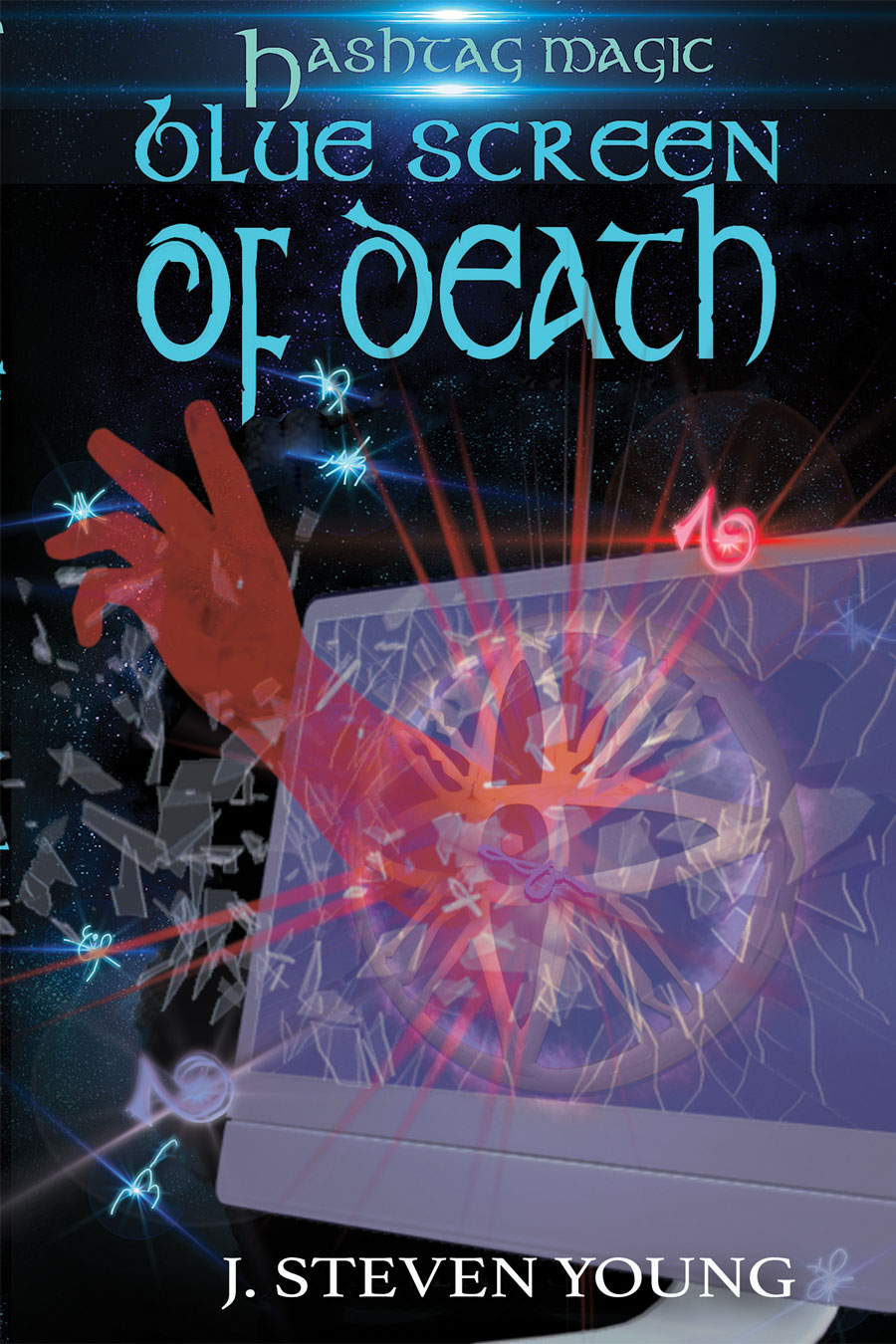 Blue Screen of Death (Hashtag Magic) is a Contemporary Fantasy about Colby Stevens, 16, awkward and bullied. Colby wants his magic back and to find his father. When his magic suddenly returns with the arrival of powerful enemies and he has no control over it, he creates a magic app.

A mystery box involving a ritual where upon Colby manifests magic too young and his father performs a hobbling spell that backfires. Pulled into a void and replaced by a maniacal force, Colby's father has disappeared while leaving Colby to the whim of those who would use his power.


While Colby faces down his own fears and self-doubt against a foe that would harm his friends, he gains the confidence to also face his bully. Meanwhile the protagonist, secretly the banished Uncle Colby does not know, has been thwarted in his own quest to gain an object of importance from Colby.

A twist on modern magic where instead of a wand, the characters use a magic app. Using hashtags, the heroes in this story are able to translate their desires into spells against the insistence for tradition from their mentor, an ancient creature who prefers to shape-shift into a cat. With magic growing alongside the awakening within Colby, the warnings and secrets of the past begin to surface and surround him. Colby has to build his own sense of worth as he learns to control his magic and temper. He believes his own antagonist to be a schoolyard bully, not understanding the secret plotting of his new professor that happens to also be his sociopathic uncle. There are dynamic relationships within the main character’s family. With a drunken mother, crazy witch grandmother and sarcastic ghost-whispering sister, Colby has his hands full as the only male in the house. These relationships grow and change, with witty interaction and a side of comic relief, the story seeks to also include how a family, broken from the loss of the father, begins to heal. Outside the magic element, Colby is on a journey of self-discovery as a person. Questioning his history is not his only concern as he faces bullies at school and the emergence of specters entering the world through the Blue Screen of Death in computer. This tail blends modern technology/social media and magical fantasy in a timely way.

Author J. Steven Young shares adventurous and imaginative observations on life across multiple genres, including children's story & activity books, young adult, Scifi, and fantasy. Raised in the Chicago area, J. Steven witnessed his fair share of injustice growing up and always imagined how he could make life better for everyone if only he'd had magic or super powers. It took years for him to understand that he did have a gift. Though he traveled the globe in his youth, he still favors the lands of his imagination and wants nothing more than to share his visions with the world. He hopes his gift will allow readers to escape from reality, if only for a spell. Following his education in technology, with a focus in writing and communication, he's spent his career working in the tech and travel industries. It allows for some creativity, but it doesn't compare to the freedom of creating new worlds and magical creatures. A passionate home chef, J. Steven, can often be found in the kitchen with his agreeable husband, Tom, and their spunky not so little Siamese cat, GusGus, who runs the house. When he isn't working or writing, J. Steven is never more than a step or thought away from adventure. Whether spending time in his enchanted garden, conjuring up new recipes or spending time with family and friends, he's always dreaming up new fiction based on over-the-top characterizations of the people he meets.