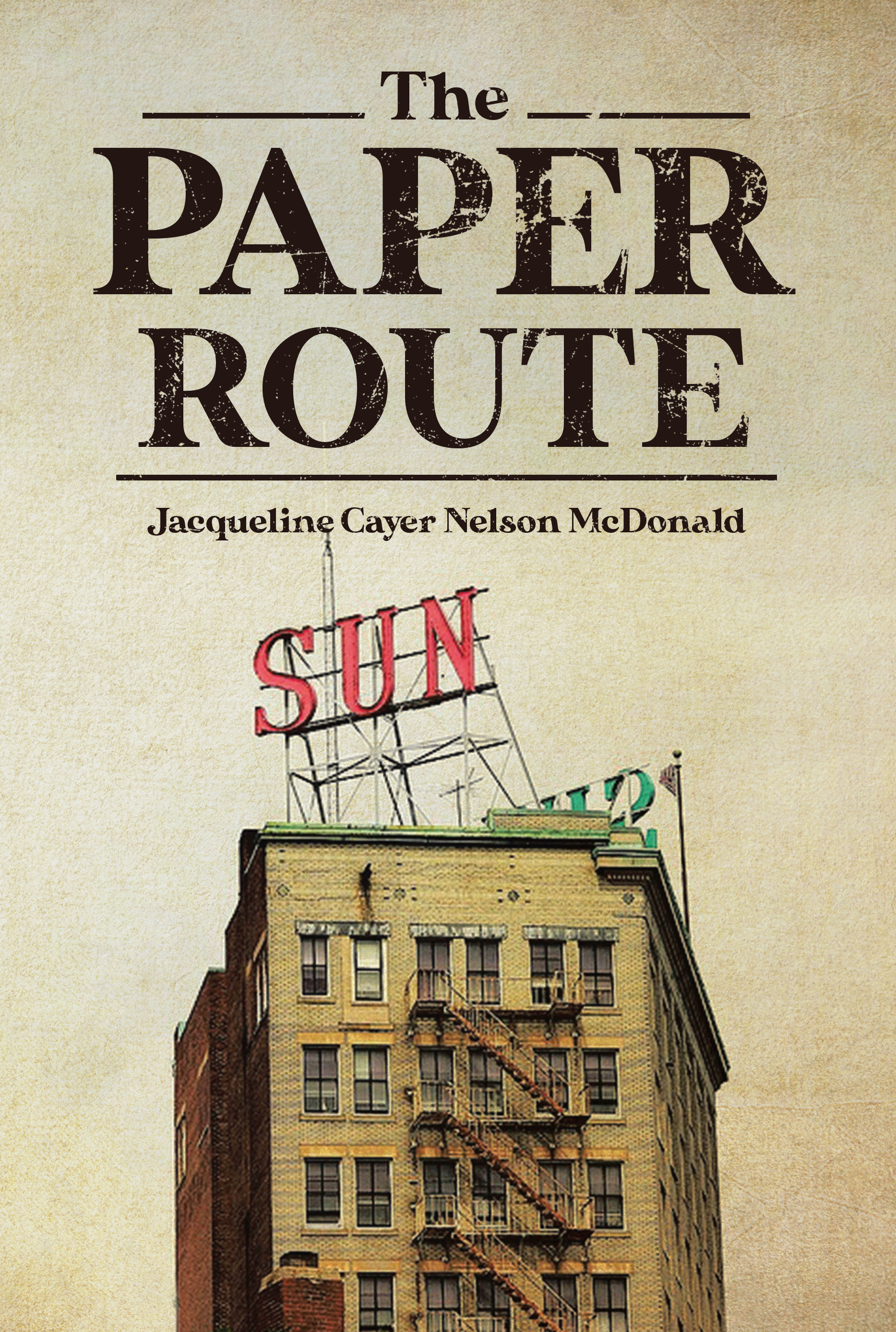 Paper girl Jackie is a loner who can tell good people from bad at a glance. Caretaker to her baby brother and simple, strong-man uncle, she finds escape in the nighttime stalking of an odd stranger. Her paper route and unusual hobby yield unexpected insight into two unrelated murders.

Sent to live with her aunt and Pappy, an undertaker, Jackie finds an old newspaper clipping about the unsolved murder of Pappy's partner. Later that same evening, she witnesses an irreverent prank involving a deceased celebrity that, years later, is key to solving Pappy's partner's murder.


Back at home, and in the course of delivering the daily newspaper, Jackie collects information relevant to an unrelated, local murder. Compelled to provide an alibi for her falsely accused stalking subject, she seeks out and partners with the case detective. Together, they solve both murders.

Jackie is part of an extended family that includes her pregnant mother, her father, her older brother, her grandmother, and her uncle. Sent to live with her great Aunt, Jackie is anxious because her aunt lives with Pappy, an undertaker, above the funeral parlor he owns. She learns that Pappy’s partner was murdered and his murderer never found. Jackie is warned never to go to the funeral parlor downstairs or the apartment upstairs, which is home to a gay couple. One night, the upstairs tenants trespass to the downstairs funeral parlor. Jackie secretly follows them and watches them open a casket to view the body. When her baby brother is born, Jackie is brought home to care for him. She spends late nights spying on a mysterious pedestrian she dubs PM (Penguin Man). One day, PM is on the front page for the murder of David Coutu. Hoping to prove his innocence, Jackie delivers her surveillance journal to Detective Dahm. In the meantime, the late David Coutu’s mistress, Louise Boisvert and her husband, Leo suspect each other. In a twist, Dahm arrests David Coutu’s widow, Adele for the murder of David Coutu, Sr. While delivering her newspapers, Jackie picks up clues that Dahm pieces together to solve the Coutu case. A year later, Dahm introduces Jackie to his brother-in-law, Jack Kerouac. Jackie vaguely recalls one of Kerouac's friends from her stay with her aunt. This prompts Dahm to re-open the Libby murder case.Together they finally solve Libby’s murder but trigger another.

I was born in the mid-century in mill town, Lowell, Massachusetts. We were Canucks, not fans, not players just low-brow French/English speakers. Although he was a bit before my time, I've always felt a kinship with fellow Franco-American Lowellian, Jack Kerouac. He lived on "sad Beaulieu" and I lived a couple of streets down from him. Like Mr. Kerouac, I was and remain enamored of the written word. Unlike him, I've been an ordinary writer: high-school editor for the Lowell Sun newspaper, TV reporter for the Lowell Sun, free-lance magazine article writer, commercial newsletter writer in the electronics and telecommunications industries, professional technical writer, and children's book author. My large, loud and loving family is my most cherished treasure. To them I dedicate my debut novel, THE PAPER ROUTE. To Jesus Christ , my Lord and Savior, I give thanks for all my blessings. To you, my dear readers, I offer my sincere thanks for your support.