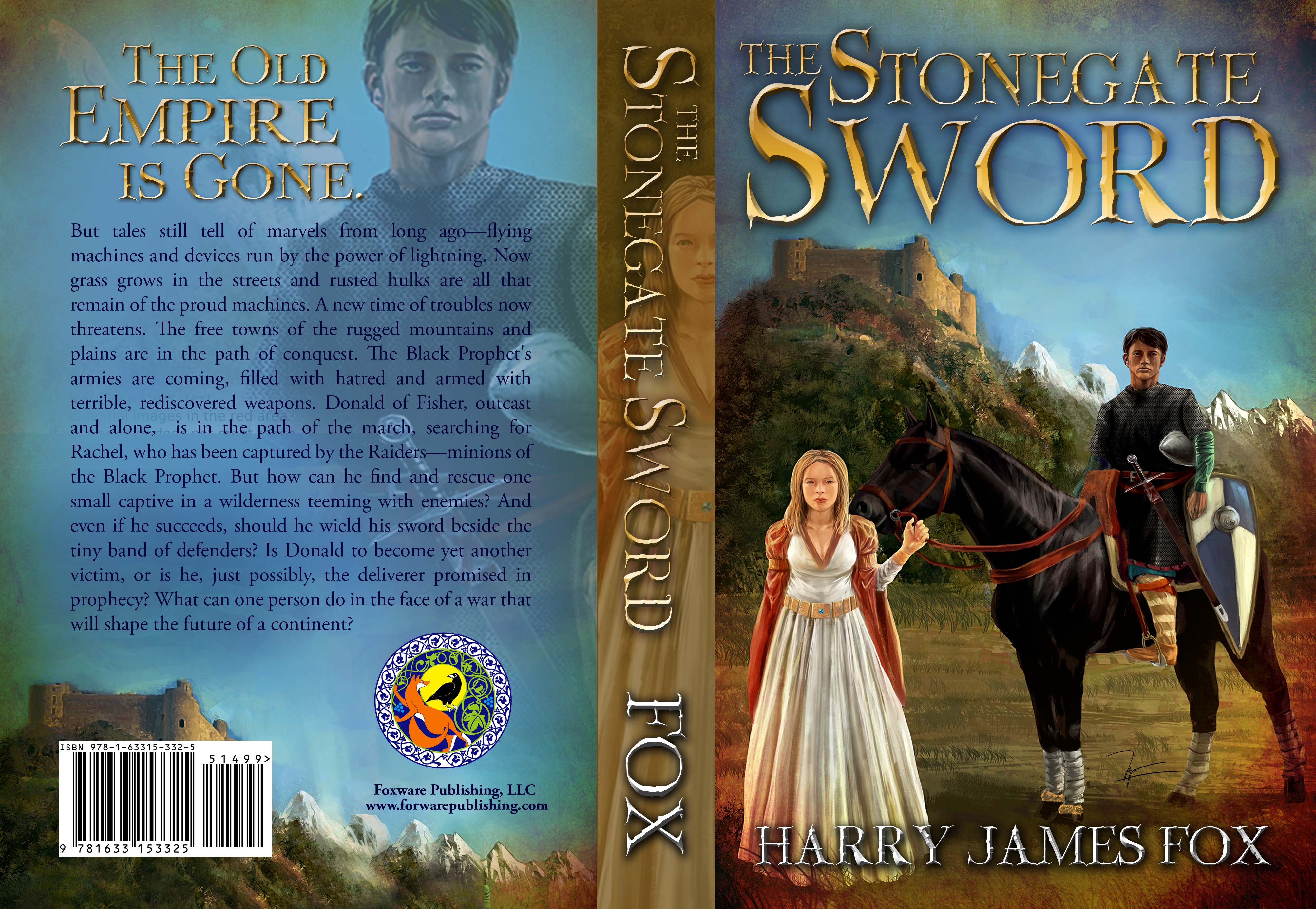 Set in a distant Post-Apocalyptic future, a lore-man named Donald is forced into the role of a mounted warrior to rescue Rachel, the woman he loves. With hints of Tolkien minus magic and monsters, the tale captures the rugged beauty of the Rockies in a society reminiscent of the Middle Ages.

Donald is a reclusive scholar, studying the lore of the ancients. His tragic blunder causes his sweetheart, Rachel to be captured by Raiders. He sets off on a quest to rescue her and finds himself in the midst of an existential struggle against an invading army.


Donald helps lead the mountain villages to overcome the invasion forces. He has grown to be regarded as a hero and military leader, just as an old prophecy foretold. His first quest is complete, but Rachel is still not his, and the final battle against the evil False Prophet still lies ahead.

Colorado and New Mexico,, over a century in the future.

This story appeals both to a young adult audience though the target is adult. It also appeals to fans of Tolkien, in that the landscape is a character also. The majestic beauty of the Rockies would adapt well to film. The imagined future is complex and is based on real settings in the Rocky Mountains. There is a love story, and an action/adventure theme. Men are drawn to the depiction of military strategy and tactics. The characters are complex. The hero, Don, is an engaging character, with a coming-of-age story line. Epic struggles of mounted warriors, armies on the march and sieges of walled cities all could be presented with the same impact as "The Lord of the Rings." There is just enough faith elements to appeal to a Christian audience, without being so heavy-handed as to limit the audience to people of faith. The genre is unique and fresh, yet the "Hero's Quest" gives the audience a familiar frame of reference, rooted deep in Western culture.

Harry James Fox was born in the mountains of western Colorado, an area featured in his novels. He has worked as a cowboy, an intelligence officer with the US Army, and had a career in natural resource management with the Bureau of Land Management, US Department of the Interior. He served a wartime tour of duty in Vietnam, working closely with Australian forces there. His training in the biology of natural wild-lands is reflected in the imagery of his writings. In fact, the landscape of his books have been likened to a major character in its own right. He makes his home in the deserts of southern New Mexico, but usually spends part of the year in North Carolina to be close to his grandchildren. He enjoys horses, the outdoors, elk hunting, long walks in the desert, and story-telling. He loves the local cuisine, particularly green chiles. He likes a cup of hot tea with friends. patriotic parades and bluegrass music. He dislikes chocolate, long speeches, and the need to wear reading glasses.

In a post-apocalyptic world, a man who lived behind books finds himself on a huge adventure to rescue the woman he loves. And, in the process, he ends up becoming a respected warrior.

What catches the eye right from the start is the premise, a post-apocalyptic society reminiscent of the medieval era and the high quality of the writing.

Reading is compelling, and the book itself is structurally competent, so nothing made me want to put it down. It's an entertaining and eventful read.

Precisely the premise, a distant future that closely resembles our past as a society.

One can imagine so. People interested in history and science fiction fans are likely to be hooked by the narrative, which is additionally quite charming.

Perhaps, due to the narrative content, it doesn't have such great chances in more traditional Awards, but it could undoubtedly figure in the lists of Science Fiction Awards.

THE PRINCESS BRIDE - TO SAVE HIS BELOVED ONE, A YOUNG MAN TURNS INTO A PIRATE AND GOES ON A JOURNEY TO TAKE HER FROM THE CLUTCHES OF A VILLAINOUS PRINCE. EXCALIBUR - DESTINED TO BECOME KING, ARTHUR CREATES THE ROUND TABLE IN CAMELOT AND STRUGGLES TO FIND TRUE LOVE, OBTAIN THE HOLY GRAIL, AND SECURE HIS NATION'S FUTURE.

The story has a very original premise, but the author could also invest in more non-standard development. Based on old chivalry novels, it doesn't stray too far from the commonplace of the genre, although it does that quite competently. It would be interesting to explore the science fiction aspect of the story further because, in the end, the journey has little relation to the futuristic vocation of the narrative.

The protagonist is brave and honorable and embarks on a journey to discover camaraderie and love and become a tenacious and passionate adventurer.

It's still not quite a rare gem, mainly because it lacks a certain degree of boldness to set the story apart from the rest. However, the narrative is well-written and compelling, and an adaptation could certainly achieve some success.

The work must be considered, in the first place, because the premise is attractive and could certainly yield an exciting adaptation. In addition, the author's writing style stands out for its quality, the care in the choice of words and expressions, and the construction of good dialogues, which makes the reading work in a fluid and compelling way. The main story is not very different from the bunch, but it is well developed, with interesting characters. There could be a little more daring to try and escape the clichés and commonplaces, but as it stands, the narrative does work. Perhaps the biggest issue in the story is a certain lack of justification for the premise, which could be better worked on throughout the book. Although it resembles a medieval society, the universe presented in the book is in the future. Therefore, it would be natural to expect more elements of our contemporary society to appear in it. It could even be a recurrent joke in the plot that today's most technological objects have innocuous uses in this world or appear as misunderstood relics from a distant past. Unfortunately, as it stands, it isn't easy to differentiate the landscape in which the story takes place from the real Middle Ages. This aspect stands out because it could appeal to a portion of the public fond of science fiction stories. By reviewing this aspect and including more references to the narrative in an adaptation, there is a good chance that the story will be successful when it hits the screens.