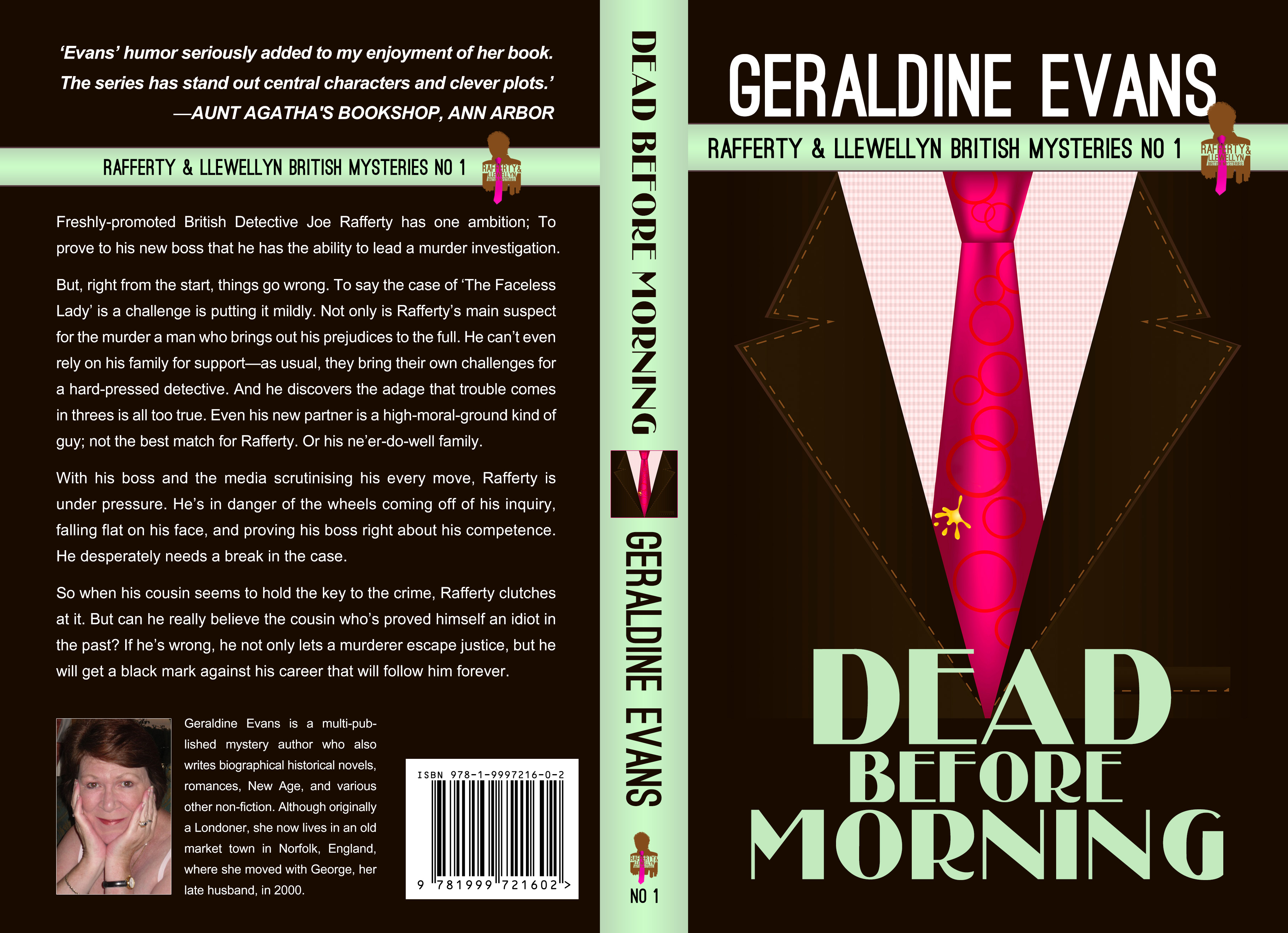 A murder investigation… …and Rafferty’s already got troubles in spades. His first case in charge looks like being his last. Because he suspects that the case of the 'Faceless Lady' is a poisoned chalice. Gifted by his new boss who is only waiting for Rafferty to fail, to put the boot in.

Detective Joe Rafferty has a new boss, a new partner, and a shiny new rank. He's also got a new investigation. His first in charge. But he suspects that the case of "The Faceless Lady", will turn out to be a poisoned chalice. And his main suspect is friends with the Chief Constable.


The murderer, suspecting Rafferty and Llewellyn have come to arrest her, kills herself before they can do so. EPILOGUE Wind up of funny sub-plot involving Rafferty's Ma, and her campaign to get Rafferty married again, this time to a Catholic with child-bearing hips, and how Rafferty foils her plan

Underdog Joe Rafferty sometimes feels that he's battling with the entire world, his Catholic conscience, his boss, his partner, but, most of all the law-bending family that he comes from. Even in the midst of his first murder investigation his Ma expects him to get his cousin, "Jailhouse" Jack out of jail in time for his wedding. TV Series We have few detective series that are funny on several levels: dialogue, characters, sub-plots. I see this as a TV series, because, as I have eighteen novels, there would be no shortage of material. Its characters are Everyman, and while the main character is no Sherlock, he's herioc. A London-born man from an Irish-Catholic background, whose conscience is almost as opiniated as his Ma.

Geraldine Evans My name’s Geraldine Evans, and I write the Rafferty & Llewellyn and Casey & Catt British Mystery Series. I was born in London and brought up on a south London council estate. Even though, like my three older siblings, I left school in my mid-teens, I found a love of life-long-learning shortly after. Why not before? Ah there’s a tale for another time! After being plucked twice from slush piles (Hale and Macmillan), I spent eighteen years as a traditionally published author. But becoming increasingly disenchanted with publishers, I took control of my own destiny and turned Indie in 2010. I have published 25 novels (21 mystery/suspense, 1 fictional historical biography, 3 romances). I have also published 3 non-fiction. Am I glad I didn’t listen to those who said I would never make it on my own? You betcha! I’m a firm believer that you plough your own furrow in this world, however unlikely life’s beginnings or how inept the initial plough-pushing.

People living in the county of Essex where the story is set in a (fictitious) town based on Colchester (the oldest town in England).

Publisher: Me, now, as I turned Indie in 2010, and I got all my rights reverted.