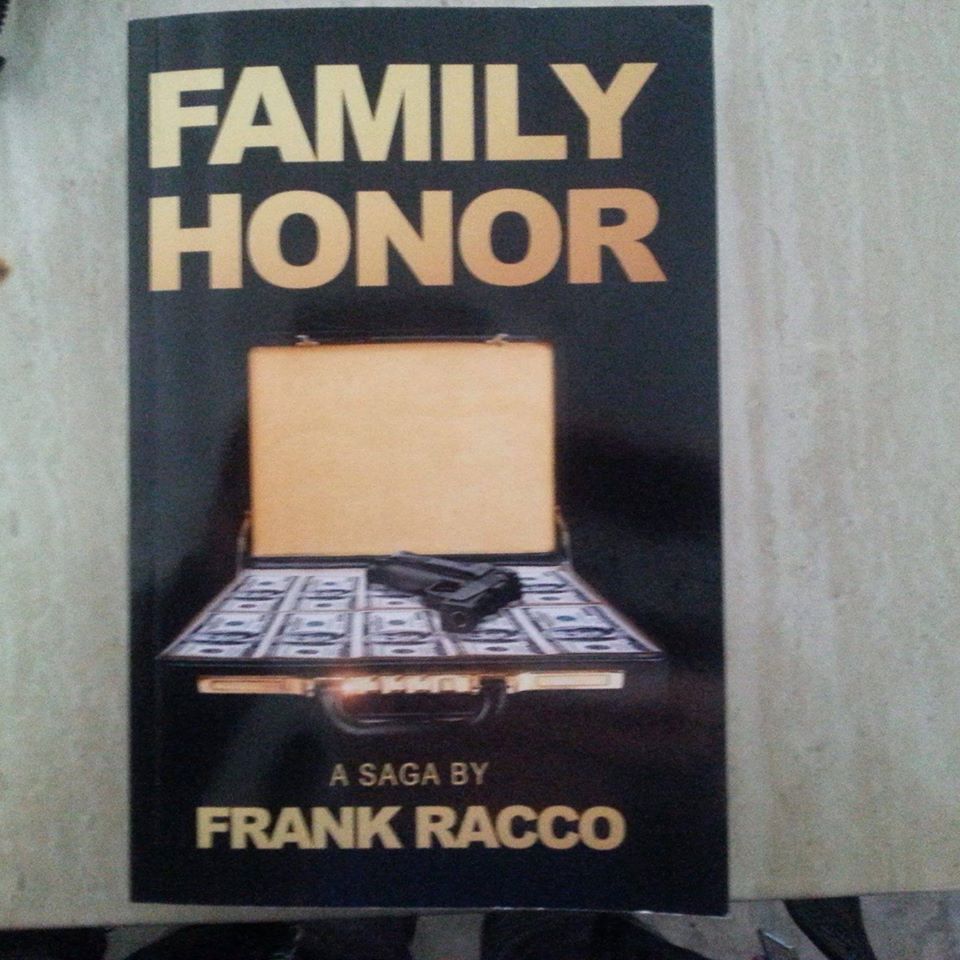 A story about four young men who orchestrate their life to change it from rags to riches. They get involved in all different type of adversities and orchestrate methods of defeating them. A story that will touch every trickle of emotion of the human anatomy.

It's about how four young men join forces through a beginning of illegal activities to turn their life into a Financial accomplishment, and in the process have to deal with multiple obstacles.


Freddy Rufino at 40 semi retires in a beautiful mansion with his wife and young daughter on the coast of the Mediteranean sea in Marina di Giosa in Calabria Italy, but still controls everything.

I worked on this novel "Family Honor" a saga for approximately 38 years and I am still working on it. I will never abandon it, simply because this story will make history in record breaking sales and attendance. It is just a question of landing in the right hands of some producer at H.B.O. or Netflix or a major television station like CBS, NBC, or some other T.V. station until it is turned into a series which would replace The Sopranos'. Actually, honestly speaking, it is a much better story than the Sopranos and look at the success that the Sopranos had. I also see it as a movie, like the Godfather, although you would have too cut out some parts to turn it into a two hour movie. What a pity that would be. Personally speaking, in my opinion I would much prefer to see it as a series in order to reap the full benefits and essence of this absorbing story. "Family Honor" is truly a story that would attract men and women of all age groups because it has something there to attract everybody. Although it is fiction, I have done my utmost to make it sound and feel real and I believe I have been successful in accomplishing this endeavour. I have done approximately three dozen signings at the huge Indigo and Chapters book stores in my vicinity and they have been very successful. That was just the start, next level, Hollywood and MEGA Bucks.

This is a story that portrays approximately two decades of the life of an aggressive, determined and clever young man named Federico (Freddy) Rufino. The setting begins in 1975 in Montreal. He, the protagonist of this story, and the three main characters all grew up together since they were in their late teens. The story begins as Freddy and one of the main characters, who later becomes his right hand man and councilor, start their criminal empire by smuggling out jeans from a warehouse where they were employed. As this story of organized crime evolves, and the four young men mature into manhood, their criminal activities expand into different endeavors such as hijacking huge truck loads of pants, liquor fur coats, trafficking of hashish, home grown Marijuana , cocaine, gambling and implicates bribery, prostitution and multiple murders. Together, with the assistance of pay rolled henchmen, all governed by a strict code of honor and silence, Freddy, the leader, Reno Gandino,the right hand man and councilor, Joe Petrucci ,the financial consultant, and Willie Nadel, in charge of disciplinary actions ,meticulously orchestrate their way to the highest echelons of great wealth and power. At one point in the story, a member and confidant betrays them which triggers off bloody warfare with a rival much older and established powerful criminal organization. As the story progresses, it becomes more and more intriguing and captivates your attention as it leads you into a cavalcade of adversities, that the Rufino family must conquer in order to reign control of the cocaine industry in Montreal and in Brooklyn, New York. It is an easy flowing story filled with passion, intrigue, vengeance, grief, personal issues, legal and illegal business interests, calculated risks, lost loves, imprisonment, extravagance and a surprise sentimental ending which leaves readers wanting more. A lifetime in the making, I began writing ``Family Honor`` thirty eight years ago. My book is now available on Amazon as a kindle download or hardcopy edition. I believe, as well as many others who have read my story that this novel contains the knockout punch to entice the interest of the public around the world and will no doubt be the next great blockbuster movie or series. If you liked the ``The Godfather`` and ``The Sopranos`` then you will simply love ``Family Honor``. Family Honor is a fictional story you will want to read over and over again and make you hope a sequel will soon come about.

Four poor men are driven by ambition and focused on making their way into richness and power through an extensive list of illegal activities. The book follows the journey of Freddy Rufino, a powerful, aggressive and greedy leader who knows no limits when it comes to getting things his way.

Author's writing style is interesting, and even though protagonist and main characters are criminals, they are not deprived of morals. Their strong and ambiguous moral code keep audience rooting for them, with a special regard for leader Freddy Rufino, an aggressive man who grew up on a broken home and succeed, in his term, against all odds.

Women characters are too often undervalued and objectified. Even though author is open about protagonist Freddy Rufino's many faults, being a womanizer is not one of them, on the contrary, it's portrayed as one of the reasons he succeeded.

The hook of this story is the trajectory of charismatic but ruthless criminals building a life of luxury and power through an unconventional path of illegal activities. Insights given regarding early life of these men make it even more interesting to readers.

If adapted it could have a large fanbase. Characters grow on you as you learn about the context they were brought up and how it relates to their personalities and attitudes throughout the narrative. Certainly many people would admire the boldness and confidence of main characters, even though these characteristics may come attached to illegal and extremely violent doings.

It could have awards potential as there is certainly a lot of room for good acting - dialogues and lines are inspiring. Figurine would also be important as the story crosses two decades and scenarios are also great, allowing space for good art direction.

The most original thing about the story is certainly it's protagonist, Freddy Rufino, an aggressive and rough criminal scaling illegal activities until reaching a luxurious life, at first unthinkable for a man from his background.

The most interesting thing about the lead characters is their highly dubious nature. Their violent, aggressive and don't seem guilty and sometimes even aware of the consequences involving their criminal activities; however there seems to be a strong moral code to which they're all tied. On top of it, they are charismatic, especially Rufino, who is confident and successful and therefore combines charm, attractiveness and a dangerous personality in a lead role.

It could be improved if female characters were portrayed with the same involvement and regard as male ones.

It is a good story with great characters and author is certainly an expert on creating dubious and charming leads in a captivating and classy even though violent narrative. However the construction of women characters have to be taken in consideration and can be improved.