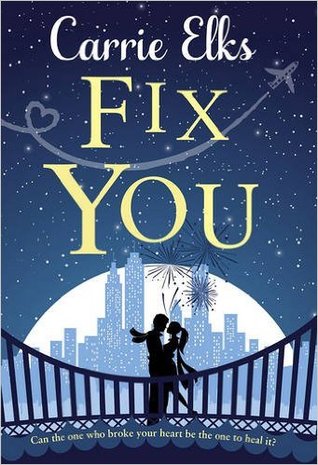 Hanna Vincent meets Richard Larsen at a London party, and they are drawn to each other despite their differences. He's the son of a wealthy New York family, she’s the black sheep of hers. Throughout the years, their relationship intertwine in definitive ways. For the lovers of One Day.

It’s 2012. Hanna Vincent, 29, visits a clearly upset Richard Larsen in his office, just to announce that they have a baby together. Back to 1999. Hanna from London and Richard from NY meet at his parent’s New Year’s party.


Richard and Hanna take their son to NY, where they start to rekindle their romantic relationship - he’s not willing to let her go this time. Being in the city, however, means that they have to face people who tried to separate them, which they do. Richard and Hanna stay together, at last.

British author Carrie Elks writes contemporary romance with a sizzling edge. Her first book, Fix You, has been translated into eight languages and made a surprise appearance on Big Brother in Brazil. Luckily for her, it wasn’t voted out. Carrie lives with her husband, two lovely children and a larger-than-life black pug called Plato. When she isn’t writing or reading, she can be found baking, drinking an occasional (!) glass of wine, or chatting on social media.