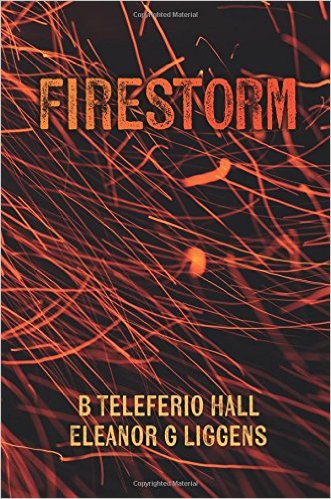 FIRESTORM is a about a luxury resort of emotional discontent. A young black man named Ken Newman takes over as assistant manager of an almost all white resort in Lolo, Montana. The resort owner, Vickie Marshall, hires him out of desperation because her resort is on the verge of bankruptcy.

Newman loses him job due to downsizing. On his way out of Montana he visits a resort for one last who-rah. Vickie hires Newman because of his character and tells her staff to deal with the color of his skin as he is the new assistant manager. Newman is confronted with hatred and physical abuse.


As Newman confronted the staff, over time they came to realize that judging someone by the color of their skin doesn't doesn't tell you anything about the character within. The staff and Newman became the best of friends.

There was grueling verbal and physical abuse of a young black man, Ken Newman, hired to be the assistant manager of an almost all-white luxury resort in Lolo, Montana. He had to endure constant verbal slurs, not only from staff members but customers as well, even to the point of being shot at. What makes Ken Newman's story so compiling is the characters of the staff. All the staff members lead very difficult and different lives. The lives they lead were of homosexuality, adultery, criminality, and conspiracy. Newman became involved in all of their lives trying to help them cope with their problems and solve them where he could, even after the racial abuse he took from the same individuals. This book would work well as a TV series because of the multiple characters involved each having a different real life story that unfolded. This book would work well as film, as it would shed light on how we still judge people by the color of their skin and not the content of their heart. Newman showed despite all the verbal and physical abuse he endured from his staff, he expressed nothing more than to be of serve to them as a manage and a person. His compassion for his staff shined through the racial divide and when love meets hate, love always wins.